Automa-nation: Will robots take your job?

Within two decades, more than 40 per cent of the Canadian labour force is highly likely to be affected by automation, according to a report released by the Brookfield Institute. However, while many jobs may feel the impact, most jobs cannot be automated in their entirety.

Below, we look in-depth at the various Canadian jobs covered in the report. Find your job and see if it’s at risk, and to what degree.

(The project was inspired by this one, which looks at American equivalents, from Quartz).

Compare the chance that the Canadian jobs will be automated over the next 10 to 20 years (bottom axis) against the proportion of the job itself that could be automated (left axis). Circles are sized by how many Canadians are employed in the job.

Visit this page on desktop to explore all the data 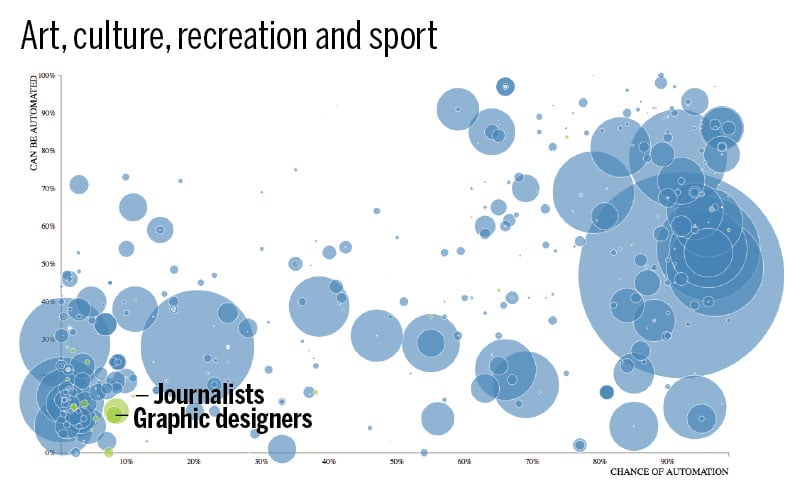 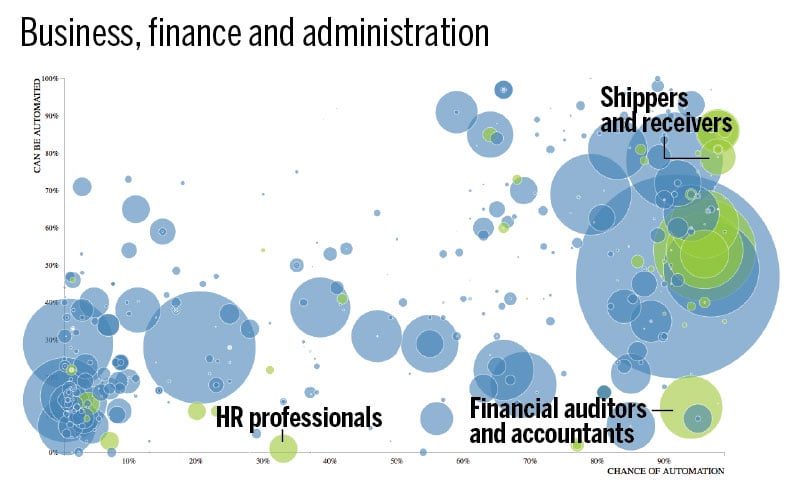 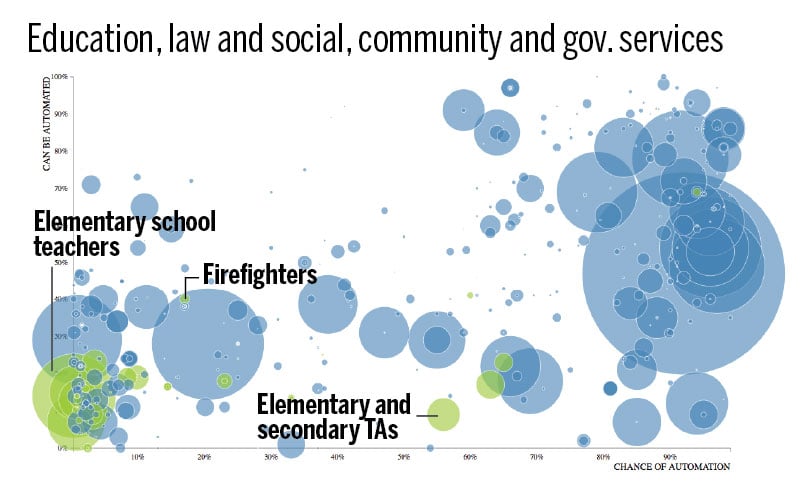 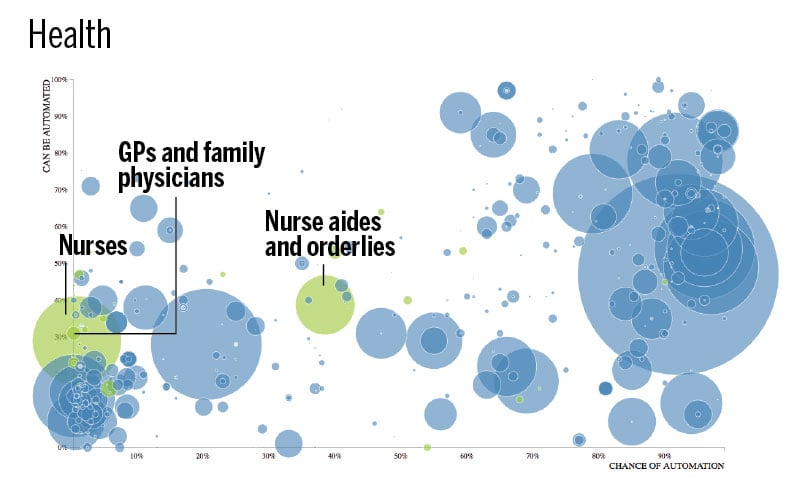 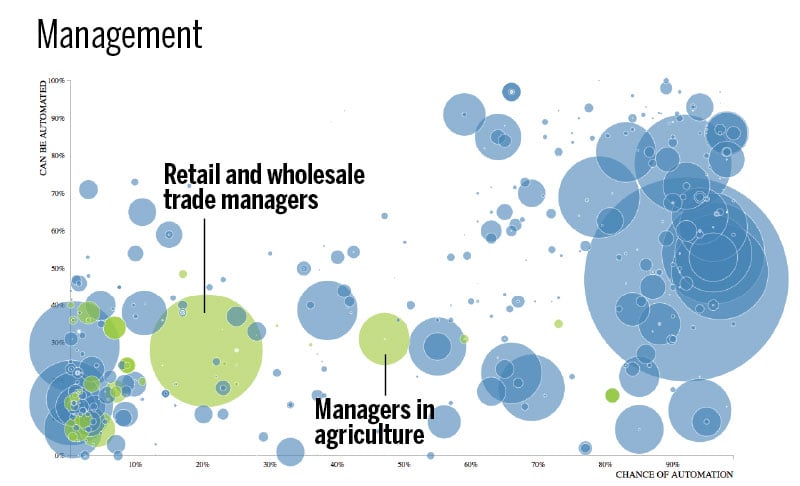 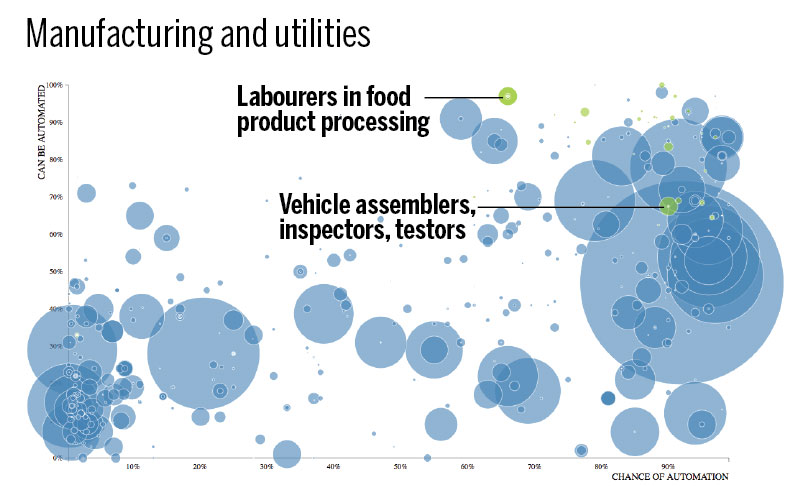 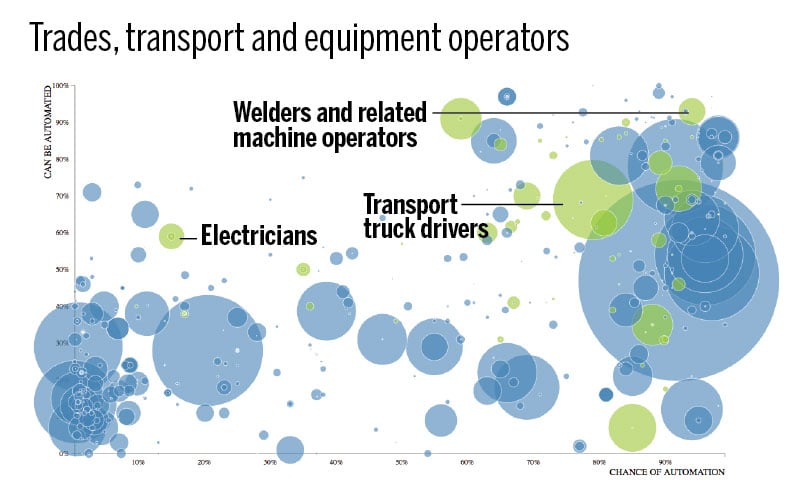 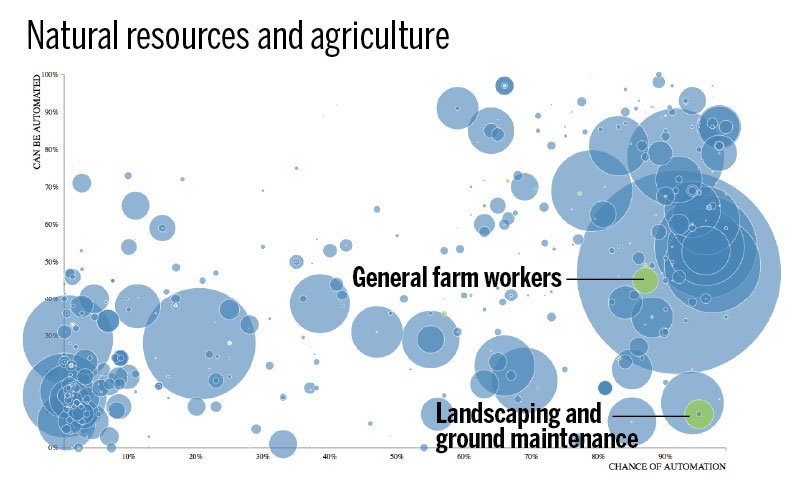 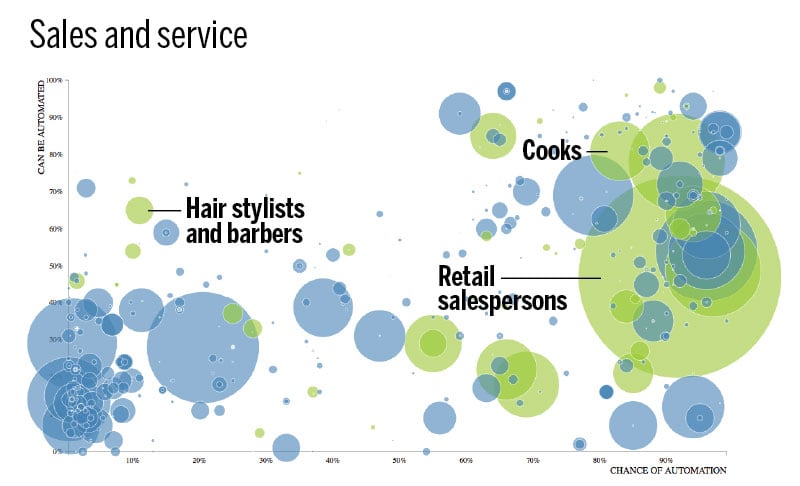 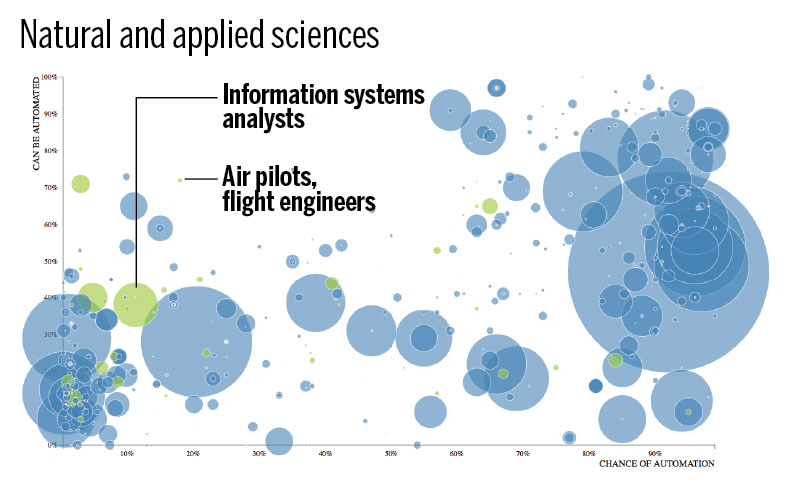