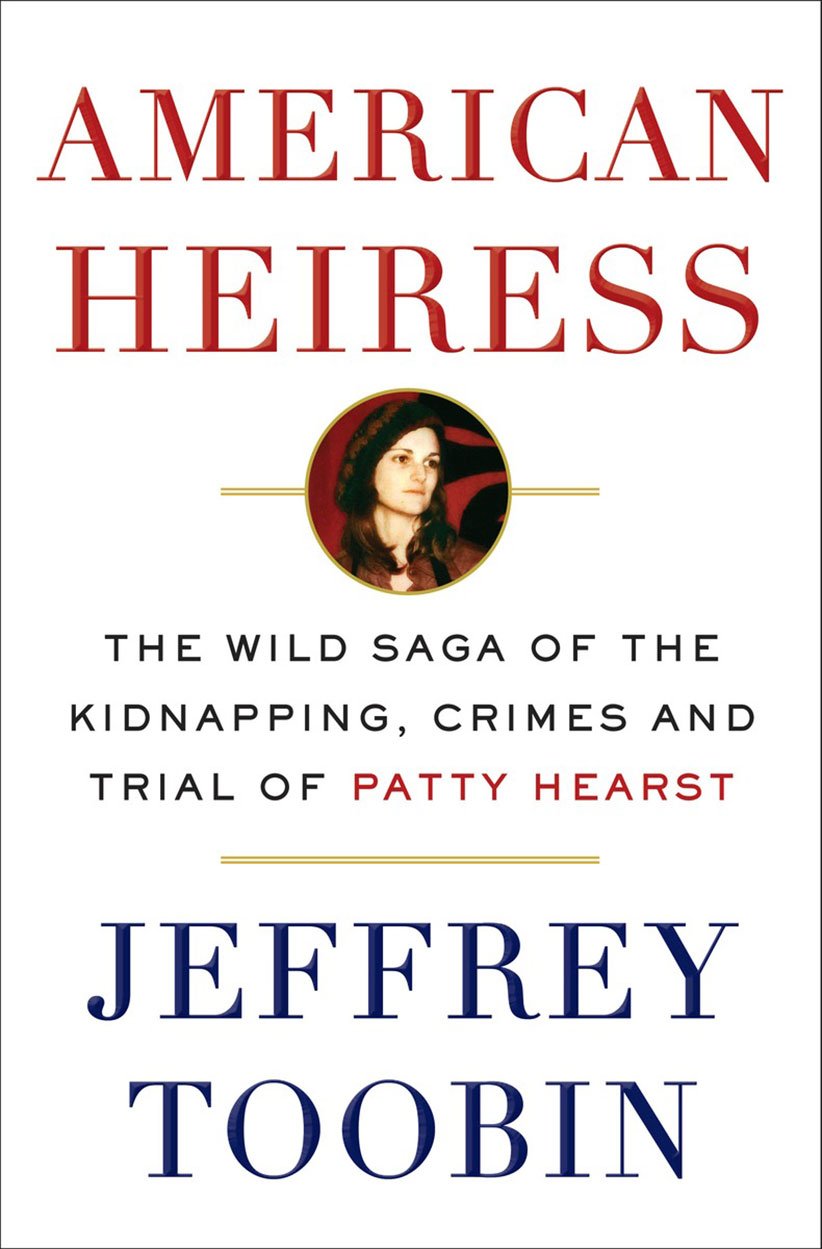 A new book about Patty Hearst? Why? And why now? It has been 40 years since the kidnapped newspaper heiress was convicted for the armed robbery of a San Francisco bank, ending a two-year drama that saw her morph from terrified hostage to terrorist poster girl. Her story has already been milked in half a dozen books, including her memoir, and a movie based on it. So you have to wonder why New Yorker writer Jeffrey Toobin, who surfs breaking news as CNN’s legal pundit, would want to dig it all up again. But previous accounts have been incomplete and one-sided. In American Heiress, Toobin essentially re-prosecutes Hearst’s case from top to bottom. Drawing on exhaustive research, he spins an engrossing narrative that animates all the key players as it skitters between tragedy and farce. And like the recent TV resurrections of the O.J. Simpson saga, his book lands with eerie timing. As the portrait of an America inflamed by psychotic terrorism, race politics, police brutality and viral celebrity, the Patty Hearst story acquires a freakish contemporary resonance.

Hearst’s kidnappers, a household cult called the Symbionese Liberation Army, were a gang of middle-class whites who couldn’t shoot straight, led by a loony black ex-con named Donald DeFreeze. The SLA was the most flamboyant of the myriad extremist groups to emerge from the meltdown of the New Left, part of a climate of violent protest that produced no less than 5,961 bombings in the U.S. from 1972 to ’74. Yet reading about the SLA almost induces nostalgia for a time when homegrown terrorists didn’t go out of their way to kill people; they tended to inflict casualties only through incompetence or panic.

The SLA’s main goal in kidnapping Hearst was publicity. In seeking a bank to target for Hearst’s coming-out robbery as an urban guerrilla, they chose a branch with security cameras. A month after the 1974 heist, their craving for the spotlight achieved a grisly apotheosis with the biggest shootout ever staged on American soil—and the ﬁrst unplanned breaking-news event broadcast nation-wide on live TV. The LAPD fired 5,300 rounds of ammunition and 83 tear gas canisters at the SLA’s house within an hour, until it burned to the ground, killing the six comrades holed up inside. By luck, Hearst wasn’t there at the time. She would receive her trial by fire in a courtroom, only to have her seven-year prison sentence commuted by one president (Jimmy Carter) and her crime pardoned by another (Bill Clinton).

Toobin doesn’t buy Hearst’s defence that she converted under duress, a victim of “mind control.” He portrays her as a calculating rich girl who embraced violent revolution, fell in love with one of her captors (Steve Soliah), then recanted to save herself. While on trial for the bank robbery, she served as a willing informant in secret sessions with the FBI, “where she buried her former allies with icy specificity,” says Toobin. Branding her “a lock-jawed aristocrat,” he writes: “One could say the lawyers reverse-brainwashed her, but the truth may be simpler. Patricia was always a rational actor—with the SLA and now with her lawyers. Even in chaotic surroundings she knew where her best interests lay.”

Hearst, now 62, refused to be interviewed for the book. Mining her letters, testimony and memoir, Toobin puts thoughts in her head in novelistic scenes that push poetic licence. Even then, she remains a Mona Lisa-like enigma. The author fleshes out a carnival of supporting roles, from her gormless boyfriend, Stephen Weed—who fled from her side, telling the SLA kidnappers “take everything you want”—to lawyer F. Lee Bailey, the showboating alcoholic who steered her defence while flogging his own book deal. But ultimately the central character is a nation that had lost its bearings. “The Hearst kidnapping and its aftermath,” Toobin writes, “suited the hallucinogenic moment, when America looked less like itself and more like a foreign country.” Sound familiar? The SLA’s legacy “may be non-existent,” he concedes, “but its story provided a kind of trailer for the modern world.”