From the archives: As the iconic movie turns 30, fans may be surprised to know much of it was filmed in Ontario 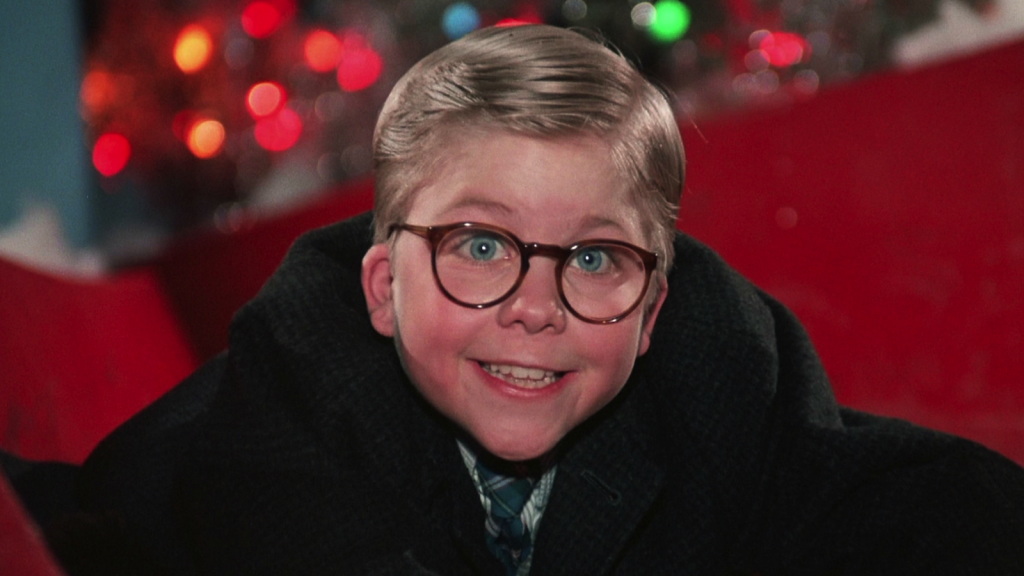 Last week, 5,000 fans of the 1983 film A Christmas Story gathered in Cleveland, Ohio, for the film’s 30th anniversary. If you’re not quite sure which film that is, recall nine-year-old Ralphie’s yearning for a Red Ryder BB gun and poor Flick’s tongue stuck to the frozen pole. The fanfare included kitschy merchandise—bobbleheads and “Ohh Fudge”—a DVD and Blu-ray re-release of the film, and interviews and photos with the cast. Most attendees also visited the newly restored A Christmas Story house, a yellow home turned Cleveland tourism hotspot, where fans can eye iconic props including Randy’s red snowsuit and the glowing leg lamps as they explore the film set.

But all the focus on Cleveland is something of a red herring.

Very little of the film—two shooting weeks of nine, in fact—were filmed in the city. In what may come as a blasphemous shock to American fans, the rest of the movie was filmed on a sound stage in Toronto and on location in St. Catharines, Ont. 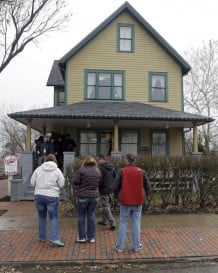 Visitors wait to tour the house in Cleveland where much of the 1983 movie “A Christmas Story” was filmed. (Mark Duncan/AP)

Tyler Schwartz, author of the newly released A Christmas Story Treasury: A Tribute to the Original, Traditional, One-Hundred-Percent, Red-Blooded, Two-Fisted, All-American Holiday Movie, points out the inevitable truth: This classic bit of Midwest Americana is mostly Canadian. How it grew from a humble low-budget project of love to an iconic holiday staple is the subject of his book, which celebrates the film’s anniversary while telling its unlikely success story.

The film is based on writer Jean Shepherd’s short stories that had already appeared in the not-so-family-friendly Playboy magazine and in his successful collection In God We Trust, All Others Pay Cash. Shepherd’s semi-autobiographical works were distinctly unsentimental, though poignant. “Ah, life is like that,” wrote Shepherd. “Sometimes at the height of our revelries, when our joy is at its zenith, when all is most right with the world, the most unthinkable disasters descend upon us.”

Shepherd’s work appealed greatly to director Bob Clark. Fresh off the unlikely success of the raunchy teen comedy Porky’s, he wanted to turn his efforts toward family films. For tax reasons, he looked to Canada. Toronto provided a sound stage and some locations—the famous lost-turkey dinner at a Chinese restaurant, for example, took place at the Chop Suey Palace on Toronto’s Gerrard Street East. But too many high-rises in the city made Clark look elsewhere for his school-yard scenes. He chose Victoria Public School in St. Catharines, where the principal sent a letter home to parents heralding the “educational experience” of students appearing in the film. “All of the kids were paid a dollar to appear,” says Schwartz, “and just so they’d be on the books.”

In 2005, Victoria Public School had been sold and was about to be turned into a women’s shelter when author Schwartz made a lucky phone call. “They said, ‘As a matter of fact, tomorrow is they day we gut the school. Come at eight, bring your crowbar and take whatever you want’,” Schwartz says. What he thought was “a shot in the dark” was a film history gold mine—among other props, Schwartz found the teacher’s “A+++++” blackboard. Randy’s snowsuit popped up at local costume shop. Many of the schoolchildren who appeared in the film still lived nearby.

Back in 1983, it may have been those St. Catharines’ kids who were most excited about the A Christmas Story’s release on Nov. 18. Both ticket sales and reviews were mostly lackluster, though Roger Ebert saw potential where others did not. “My guess is either nobody will go see it or millions of people will go see it because it will catch on,” he said at the time.

The film was No. 3 when it debuted at the box office and Ebert was right on both counts, eventually.

“As a nation, we weren’t really in a wholesome mindset,” says Caseen Gaines, author of A Christmas Story: Behind the Scenes of a Holiday Classic, another book released to coincide with the film’s 30th anniversary. Clark’s own Porky’s had set a different tone for popular comedies of the time, as did darker family films like Gremlins.

Ironically, the movie’s comparative failure proved to be the key to its success. “Because it wasn’t so successful [in theatres], it landed on TV often, and because it was on TV so often, it became successful,” says Schwartz.

A Christmas Story first aired on TV in 1985, the same year it appeared on VHS. The film did well in video stores and gained traction through word of mouth. By 1988, it played on SuperStation and by 1995, it aired six times in two days on TBS. In 1997, TNT introduced “24 Hours of A Christmas Story” which made not seeing the film almost impossible. And by now, most viewers forget they weren’t watching Ralphie the whole time.

“You don’t even have to pay attention,” says Gaines, noting that our holiday traditions perfectly complement the film’s structure—a series of stand-alone vignettes tied loosely together by Ralphie’s quest for a BB gun. “As long as you can remember he wants the gun, you’re good.”

Schwartz concurs: “At Christmastime, we’re all looking to slow down and connect with family. The film has a lot of that without even trying. It’s very Canadian in that way.”