A sci-fi saga about 19th-century tourists visiting the future 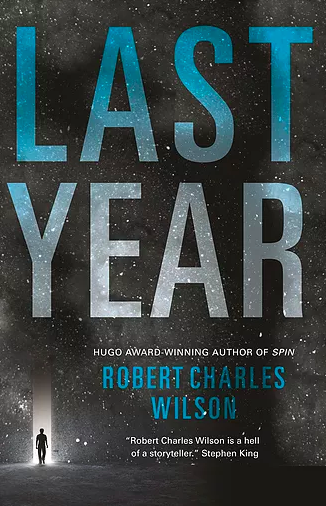 On the surface, Last Year reads like an inverted Westworld: what if Americans in 1876 could visit a theme park dedicated to the future? Except what if that theme park were actually set up by real time-travelling people from 2021—who turned out to believe in such wildly outré ideas as equal rights for black people, gays and women?

Wilson, a Toronto-area science fiction writer who won a Hugo for 2005’s Spin, weaves a thriller into a thought experiment that interrogates the ways the United States idealizes its past and imagines its potential future. Last Year’s hero, Jesse Cullum, a former bouncer at an Asian-American whorehouse in San Francisco, is worldly enough to be relatively unfazed when he’s hired by 21st-century Trump-like billionaire August Kemp to help set up the City of Futurity in rural Illinois. Not so the bulk of the 19th-century tourists who visit its skyscrapers and gape at displays presenting a sanitized version of the future. One of these is president Ulysses S. Grant, whom Cullum saves from an assassin with a smuggled Glock. Kemp commands him to find the weapon’s source.

In a deftly plotted if sometimes heavy-handed action-adventure yarn, Cullum romances a 21st-century security guard (after getting over the fact that she’s a gun-toting woman), chases down bad guys and tries to avoid an old adversary seeking revenge. But his engagingly earnest heroism is undermined by threats to the City’s very existence, from 19th-century moralists who’d like to lay it waste and from 21st-century anti-capitalist saboteurs determined to save the downtrodden. Both Kemp’s smug exploitation and his opponents’ Messiah complex destabilize the country, and when America colonizes its own past (or technically, an alternate version thereof—Kemp is from a parallel world), it gets a taste of its own snake-oil medicine.

Wilson is skeptical about linear notions of progress—in his 2010 novel, Julian Comstock, post-climate change America devolves into a kind of 19th-century Wild West. And at its best, Last Year offers a clever, caustically ironic look at what happens when ideology and technological change encounter messy human reality. The wall that Kemp builds around his City can’t keep the undesirables out forever, and the home of the brave is also the land of the greedy.