Am I the only sane one working here? 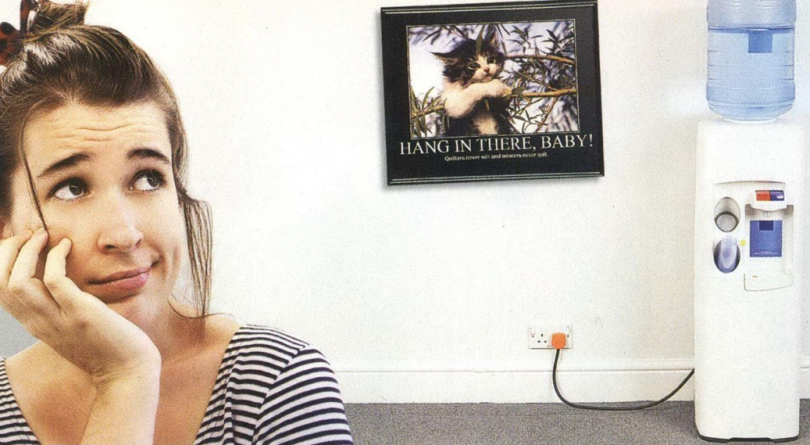 “If you feel confused and frustrated by the insanity at your office, you are not alone. Sometimes it seems as if the whole world of business has gone crazy,” writes clinical psychologist Dr. Albert Bernstein his 2009 book, Am I the Only SANE ONE Working Here?: 101 Solutions for Surviving Office Insanity.

Among the problematic characters Bernstein tackles is the colleague whose work isn’t done and who lies about it. “Never ask why,” advises Bernstein. “He may say it wasn’t really his fault, because no one gave him the information he needed. This may pull you into an argument about who sent him what and when, but that won’t get you the PowerPoint any more quickly. He will not learn anything from your lectures and his mistakes, except that he is a screw-up, to which he readily admits.”

Advice: demand to see his work in progress. “This approach will minimize the damage by giving you more usable information, and enough time to do the job yourself if necessary.” Next, tell everybody. “Send emails on how the project is going and who is doing what. The liar’s section will be the shortest, with his pitiful excuses prominently featured.”

Then there’s the colleague who thinks her work is perfect and she’s indispensable. The trouble is she doesn’t pay close attention. “She never makes mistakes,” writes Bernstein. “She always follows directions, so if you didn’t want it done that way, why didn’t you tell her? Even though she’s the weakest member of the team, she rates herself as excellent and she believes she should be paid as much as her boss, because she works longer hours.” Never tell her she is wrong, warns Bernstein. “Specify what you need from her and when you need it. Never do this verbally, because her mind will automatically change your instructions to conform to whatever she is already doing. If you are explaining something to her, don’t rely on her to take notes; provide them for her. If you send her information in an email, always get acknowledgement in writing. If you don’t, she will say you never sent it.”

Some colleagues attempt to assert dominance by using passive-aggressive tactics such as checking their watch or BlackBerry throughout your presentation. “Respond to this with a general time update,” suggests Bernstein. “Something like, ‘It’s 2:15 now. I have three more topics to cover, and I expect we’ll be out of here by 2:30.’ Do not look at the offending party when you say this. Everyone else will, however.”

If a co-worker or boss lashes out at you, take control by saying to your attacker, “Please give me a minute to think about this,” advises Bernstein. “[He] will not get angrier at you for seeming to take what he says seriously. Delay may also encourage him to do a little thinking of his own, which clearly couldn’t hurt.”

Never try to reason with a person who is yelling, he says. “Simply waiting or keeping your own voice soft may do the trick.” Don’t explain yourself. Instead, ask the attacker, “What would you like me to do?” Bernstein says, “This simple, unexpected question is the most useful tool you will ever find for dealing with anger.” In any argument, “the person who asks the questions has the upper hand.” Also, “the person who stays coolest is the perceived winner of an argument. If you keep your head while he’s acting pissed off, he will kick himself so you won’t have to.”

Bernstein goes on to warn that “unless you are at the very top of the dominance hierarchy, an emotional outburst is poisonous to your career.” If you do lose it, “Shut up. Now,” writes Bernstein. “Sit down. Leave the room.” Afterwards, do not apologize. “An apology will make you look weaker still. Your best bet is to say nothing unless you are asked. Then, a simple statement that your outburst arose out of a strong desire to do the best job possible is more than enough.”

If your VP is obsessed with motivational speakers, you’re in a milieu Bernstein calls “high-power bulls–t” and you must watch your language. “The magic of motivation must constantly be stimulated by slogans that end with exclamation points and be inspired by photographs of flying eagles and racing sailboats, emblazoned with one-word statements of key elements of Western philosophy that believers hang on their walls in lieu of art.” Show respect, he says. “Clap enthusiastically for motivational speakers, and never, ever roll your eyes.” Cultivate patience. “Your suffering may be rewarded in heaven.”

FILED UNDER: Albert Bernstein Am I the Only Sane One Working Here office work psychology The Vault