A roundup of new shows Canadians should watch in July 2020 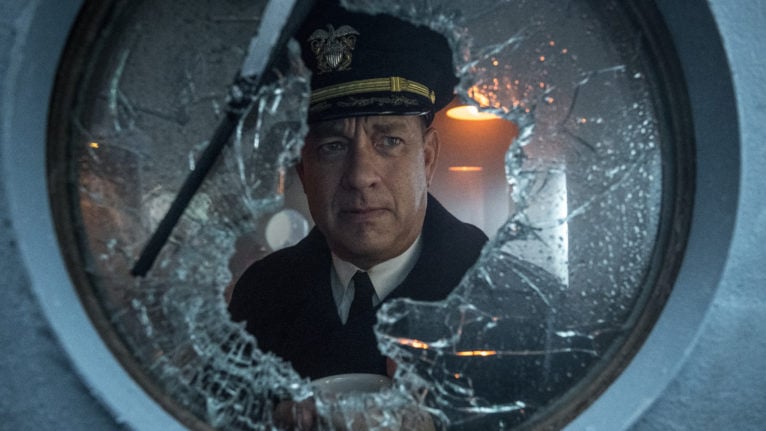 Welcome to a roundup of some of the original streaming content available on some of the services that, unlike Netflix, don’t feel a need to toss out 50 original productions in a month. In July, we’re starting to see more dominoes fall from the 2020 theatrical film season, as it becomes increasingly clear that it will be a while before movie theatres are able to open at full capacity. One of Apple’s releases for the month is the Tom Hanks war movie Greyhound.

Though Tom Hanks proved with That Thing You Do! that he had talent as both writer and director, his acting schedule has usually been too busy for him to do either. But he wrote the screenplay for this World War II film, based on a novel by C.S. Forester (The African Queen). It’s his first screenwriting credit in almost a decade, with directing duties going to Aaron Schneider (Get Low). Forester’s story focuses on a recently-promoted U.S. Navy captain (Hanks, of course) who must lead his ship safely through the North Atlantic while struggling with his own doubts about his fitness to lead, and flashing back to scenes from his life, including, as so often in war films, flashbacks that allow for a female character (Elisabeth Shue) in what would otherwise be an all-male cast.

One format that Apple+ seems to be fond of is the documentary short that profiles a particular famous person or famous moment. In this series, directed by Gotham Chopra, we get both: each of the seven episodes focuses on the biggest moment in the career of a celebrity athlete, with Lebron James, Tom Brady, and Usain Bolt among the people who show up to explain why that particular moment made them so great.

Esme Creed-Miles returns in the TV adaptation of the 2011 film (in the role originally played by Saoirse Ronan) as a teenaged girl who was raised to be a top-secret government killing machine. Like many serialized TV shows these days, the new season starts with a very different status quo from the first season, and some differences in the regular cast.

The comedian’s second Amazon special consists of two, hour-long episodes filmed during his most recent comedy tour, where he changed the material for each set, going out into a specific city or country and creating new content based on what he’d found out, or thought he’d found out. The two exotic locations covered in the two episodes are Barcelona, Spain, and Kitchener, Canada. We’ll see which country made Gaffigan feel more out of place.

This series consists of six, 10-minute episodes. It’s a comedy mockumentary in the Christopher Guest vein, whose characters are participants in the “Northern Alberta Duck Decoy Carving Competition.”

Another series of 10-minute shorts: each of the 12 episodes features an excerpt from the work of a young, up-and-coming Canadian comic, giving them a chance to show what they can do at their best. Each episode’s content was filmed during an appearance at Just For Laughs Festival NorthWest in Vancouver.