A roundup of new shows Canadians should watch in June 2020 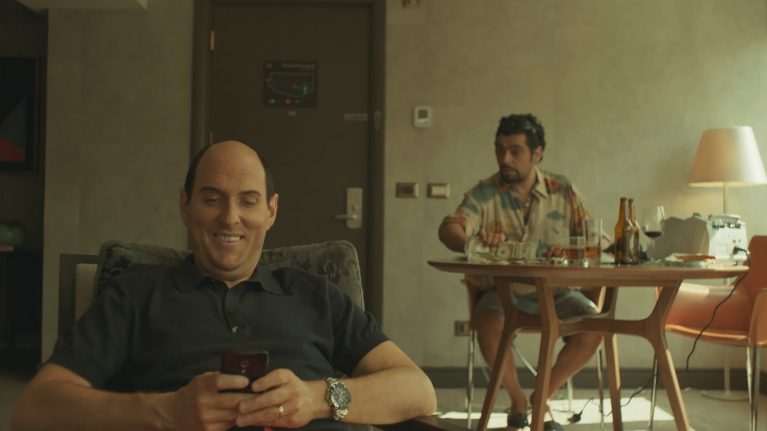 This roundup will highlight original shows and movies from outlets that actually release a normal amount of new content every month, though because of Netflix’s dominance, we may be accustomed to thinking that they’re the normal ones for releasing more content than anyone could possibly watch.

The list of U.S. streaming services got a little longer in late May when Warner Bros. launched the hilariously-named “HBO Max.” Unfortunately⁠—or fortunately, from the point of view of our bank accounts⁠—HBO Max isn’t available in Canada yet, so many of its most important offerings don’t have a Canadian release date set. In particular, HBO Max features a well-received series of new “Looney Tunes Cartoons” as well as classic cartoons remastered in high-definition.

In the meantime, here is some of the content you can watch in Canada this June.

Disney isn’t the only streaming service that can do synergy. This documentary series is a spinoff of a series of Apple commercials where customers read letters about how Apple products changed their lives. In this series, veteran documentary producer R.J. Cutler (The War Room) applies the same format at greater length to people rather than products. Each of the 10 episodes focuses on a celebrity like Spike Lee, Lin-Manuel Miranda, Oprah Winfrey or Gloria Steinem, and people read out letters about how that person’s work changed their lives.

This documentary, the first feature film directed by Bryce Dallas Howard, takes a look at what it’s like to be a father in this day and age, though the people aren’t exactly your average, everyday dad. Among the featured fathers are Jimmy Fallon, Judd Apatow, Conan O’Brien, and Howard’s own father Ron.

A lot of high-profile series on streaming services are based on true stories, perhaps because we live in one of those eras where truth really is stranger than fiction. This series is based on the great soccer scandal of 2015, when members of the Fédération Internationale de Football Association (FIFA) were indicted on multiple counts of corruption. Armando Bó, who won an Academy Award for co-writing the movie Birdman, is the creator and director of the series, which takes a darkly comic approach to the story. In Variety, he described it as a comedy about how seriously we take sports: “the one who controls the world of soccer gets diplomatic immunity, like a sort of ambassador.” The show is produced by the Chilean production company Fabula, which is trying to create shows and movies with top talent from all around Latin America, headed by Andrés Parra as Chilean soccer association president Sergio Jadue, one of the top officials implicated in the case, and Paulina Gaitán as his wife.

The first Amazon original from Australia is a remake of a Japanese series, a hybrid of the comedy and reality formats. Ten comedians are put in a studio together and told to do everything they can to make each other laugh. Anyone who can’t keep a straight face is eliminated from the game. Australian comedy star Rebel Wilson hosts.

The seasonal anthology, where every season is a self-contained serialized story about a different cast of characters, has become a perfect format for the binge-watching era. So it’s fitting that HBO Max’s first original fiction series is in that format. Each season of this time-spanning romantic comedy will follow the love life of a different protagonist, with each episode focusing on a different person they date on the way to finding true love. It’s like How I Met Your Mother in one-tenth of the time. The first season stars Anna Kendrick, who is also a producer on the series, along with Paul Feig and creator Sam Boyd (In a Relationship). HBO Max originally intended to release one episode per week, but abruptly announced an accelerated release schedule that will have the whole season available by June 11.

This reality competition focuses on the world of ballroom dancing, and reviewers have said that it aims to do for ballroom culture what RuPaul’s Drag Race did for drag; one reviewer at IndieWire called the new show “a mix of ‘Pose,’ ‘Drag Race,’ and ‘So You Think You Can Dance.’”

LaurDIY, the Canadian whose sewing videos turned her into one of YouTube’s top stars, hosts and co-produces a reality competition series about the future crafts superstars of America: the contestants are children who try to use the material at hand to make whatever the judges order them to create.