A roundup of January new releases from Amazon Prime Video 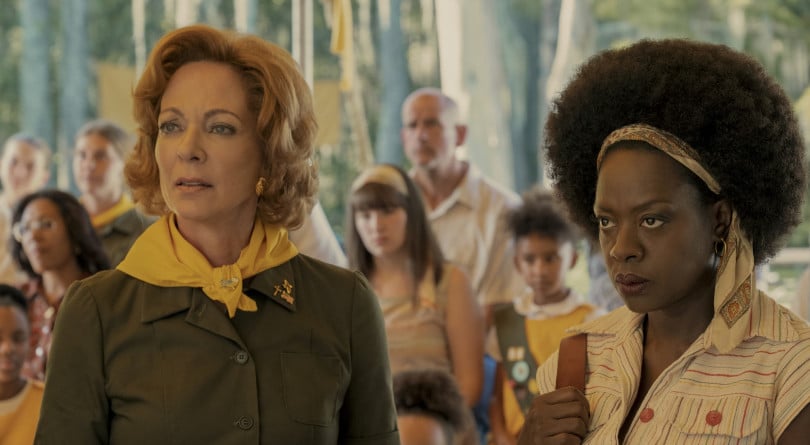 Amazon’s big news this month is its attempt to horn in on one of Netflix’s most lucrative rackets, the stand-up comedy special. The comedy push began last August when Jim Gaffigan, with five Netflix specials under his belt, went to Amazon with Quality Time. In the first month of 2020, half of the new content is stand-up, with two Americans (Ilana Glazer and Rob Delaney), a Brit (Jayde Adams) and the inevitable Canadian (Russell Peters).

The co-star and co-creator of Broad City comes to Amazon for her first major project since that show ended, recorded at the White Oak Music Hall in Houston. Subject matter includes Nazis (she’s against them), the differences between her and the character she played on Broad City, and why classic Hollywood movies are “the patriarchy reduced to two hours.”

Amazon’s automotive series The Grand Tour (a sort of renegade Top Gear starring a group of presenters who left that series), has been successful enough that the individual presenters are getting their own shows. The first of them is this travelogue starring James May, who went to Japan for three months to learn about the country and culture, including a visit to a “penis festival” in Nagasaki. He also admitted to Deadline.com that this show was an idea that the BBC rejected; Amazon appears to be the place to go if you want to show up the BBC.

The first stand-up special for the British comedian. Originally recorded under the title “The Ballad of Kylie Jenner’s Old Face,” the title comes from a running joke in her comedy shows, where she talks about what it takes to be taken seriously as a strong, independent woman these days: “You better have something to say, and you better be wearing a Serious Black Jumper™.”

This spinoff of the Jason Bourne series, created by Tim Kring, already premiered in the U.S. on the USA cable network, but Amazon has the international rights (and Canada counts as international). Like Kring’s most famous show, Heroes, it’s about people who have nothing in common except that they have been granted extraordinary superpowers that are only just now being awakened. Except in this show, they’re CIA-trained sleeper agents who turn into unstoppable killing machines when their abilities are triggered.

The popular American comedian recorded his latest stand-up special at the Hackney Empire in London, where he makes his home (that is, in the city, not the venue).

The Canadian comic recorded his new comedy special at the NSCI Stadium in Mumbai, part of an 18-month, 30-country tour called “The Deported World Tour.”

Amazon acquired this film after its premiere at last year’s Sundance Film Festival. Directed by the British filmmaking duo Bert & Bertie from a script by Lucy Abilar, it’s about a young girl (McKenna Grace) who desperately wants to win a prize that will allow her to get her voice on a recording that NASA will be launching into space—and the only way to win is to organize her own ragtag group of Birdie scouts. The period setting (in 1977) and the lead’s outer-space obsession make it seem like a female alternative to Steven Spielberg’s boy-centric movies, and the directors described it to Women in Hollywood as the first adventure film “about a group of young girls that go on an adventure to achieve something by working together and succeeding.” (It doesn’t count as a spoiler if the directors want us to know how it ends.)

Like Troop Zero, this documentary series tries to re-frame a familiar genre from a female point of view: the familiar genre is the serial-killer documentary, and the point of view belongs to women, especially Bundy’s girlfriend Elizabeth Kendall and her daughter Molly, both of whom were exclusively interviewed for the show. The promotion for the series, produced and directed by CBC journalist Trish Wood, frames it less as a sensationalistic story and more as an examination of the story through a gender-politics lens.