A roundup of March new releases from Amazon Prime Video 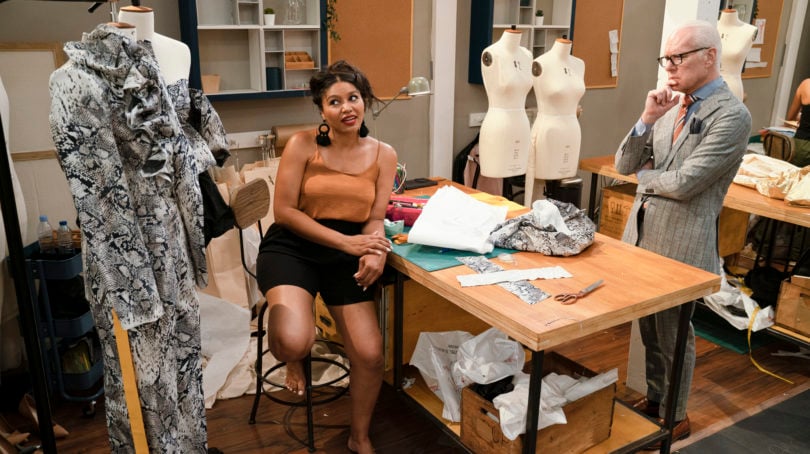 Amazon doesn’t add a Netflix-style amount of content every month, but they’re quietly expanding their content-producing operation all the same, striking deals with major-name creators like Ava DuVernay and hiring executives to help expand its reach in Asian markets.

The company’s latest move is taking IMDb TV, the free, ad-supported streaming service and folding it into Amazon Studios. IMDb is mostly known as a service for existing content; for example, it has the U.S. rights to the Canadian hit Corner Gas. But according to Deadline, Amazon is going to start supplying IMDb with original content, though they’re still trying to figure out what type of originals are appropriate for the service. This will allow content producers to sell their series and movie ideas to either service, depending on their needs.

This eight-episode Italian series has a large international cast, including Gabriel Byrne, Andrea Riseborough (Birdman) and Érick Israel Consuelo (Narcos: Mexico). But in some ways, the main character is really an inanimate object: a large shipment of cocaine, which an Italian crime cartel attempts to smuggle out of South America and across the Atlantic Ocean. The series follows the process of getting illegal drugs out of South America, through Mexico, and over the seas to Europe. And as with all anti-hero stories, we might just find ourselves rooting for the drugs to get there.

Danielle Krudy and Bridget Savage Cole’s film, which premiered at the 2019 Toronto Film Festival, takes place in a small Maine town and focuses on two sisters: Priscilla (Sophie Lowe), the country mouse who runs the family business, and the city mouse, Mary Beth (Morgan Saylor), who is only there to visit. But when Mary Beth kills a man in self-defense, the sisters decide they need to dispose of the body. The movie, which also stars Margo Martindale, was compared to the work of the Coen Brothers for its combination of comedy and crime drama.

Heidi Klum and Project Runway‘s Tim Gunn host a reality show where 12 people from around the world compete to see who will become the next big fashion designer. If this sounds like Project Runway, Gunn and Klum recently explained the differences, and one is that this show has Amazon synergy. The designers must create execute two versions of their designs, one of which can be sold on Amazon, so that viewers who watch the episode can buy their favourite new clothes immediately. The series was originally created for the same network that does Project Runway, but it was produced by the Weinstein Company, which caused it to be cancelled after the downfall of Harvey Weinstein; Gunn and Klum eventually shopped it to Amazon with new producers.

Renée Zellweger won her second Academy Award for her performance as Judy Garland in this film, based on the play End of the Rainbow by Peter Quilter. Like a number of recent biopics, it avoids telling the subject’s life story in a linear way. Instead, it mostly takes place near the end of Garland’s life: with her U.S. career in tatters, she arrived in London for a series of live concerts, struggling to keep performing and dealing with the breakup of her marriage and the beginning of a possible new relationship. The movie also includes flashbacks to the young Garland (Darci Shaw) and her exploitative treatment at the hands of Hollywood, but it’s Zellweger’s show all the way.

Bates Motel, seasons 1-5 – Prequel to Psycho about the young Norman Bates and his mother.

Carol (2015) – Todd Haynes’s adaptation of Patricia Highsmith’s groundbreaking novel about a lesbian relationship in the 1950s.

Battlestar Galactica (2003-4) – The reboot of the 1970s series, which turned a cheesy cult show into a serious science-fiction drama for the golden age of serialized television.

Burn Your Maps (2016) – An American boy reacts to trauma by becoming convinced that he’s actually a Mongolian goat-herder.

The Test: A New Era For Australia’s Team

Jay And Silent Bob Reboot (2019) – Kevin Smith’s revival of his most famous characters (played by Smith and Jason Mewes).

The Wedding Year (2019) – Romantic comedy about an unmarried couple whose relationship is tested by being invited to way too many weddings.

Crawl (2019) – Two people and their dog are trapped in a house by a storm and attacked by alligators.

I See You (2019) – A cop (Jon Tenney) investigates a case while dealing with deeper problems at home.

Kill Chain (2019) – Nicolas Cage stars in this low-budget crime drama as a gunman who gets into a lot of gunfights.

Gods Of Egypt (2016) – Supernatural action film about fights among the aforementioned gods of Egypt.

Reprisal (2018) – Bruce Willis and Frank Grillo team up to stop a criminal.