A roundup of May new releases from Amazon Prime Video 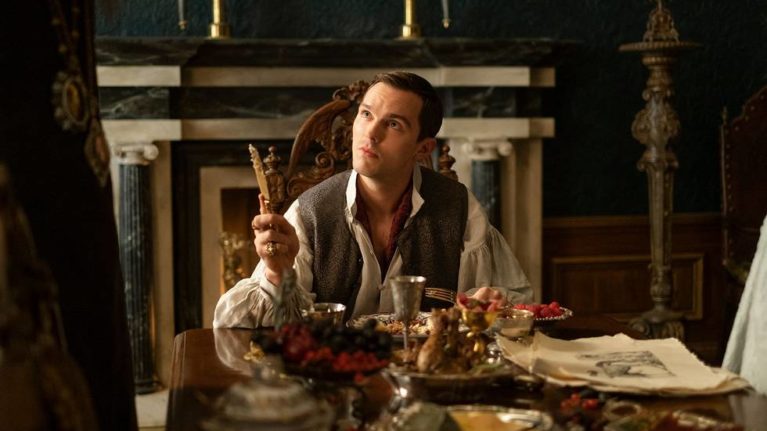 Unlike Disney+, which is almost devoid of noteworthy original content until “The Mandalorian” comes back, Amazon Prime has managed to keep a small but consistent flow of new shows and movies. The service is, in some ways, like a smaller version of Netflix, with a similar mix of productions: this month, they even have a documentary series about a story that was already covered in one of Netflix’s fiction shows.

They even have some creators in common: Greg Daniels (King of the Hill, The Office) has a new show on Amazon this month, and he has a Netflix show called Space Force coming later this month. And as of a few weeks ago, Amazon hired Christian Davin, Netflix’s former vice-president in charge of global marketing, to become their own head of movie marketing and supervise promotion for their films, in the same way he helped promote movies like Roma and The Irishman on Netflix. This month, the studio also unveiled an approach to movie premieres tailored for the COVID-19 era: unable to screen films in theatres before they’re released, they staged “at-home movie premieres” with home catering for the invited guests.

Greg Daniels’ sci-fi comedy series, filmed in Vancouver, has a premise reminiscent of The Good Place (whose creator co-created Parks & Recreation with Daniels). The main character, played by Robbie Arnell, begins the series by dying and going to a science-fiction version of the afterlife, where his consciousness is uploaded into a virtual reality atmosphere and a customer service representative (Andy Allo) is assigned to guide him through his new digital-only existence.

Shia LaBeouf has had a strange career. Starting as a child actor, he was then built up as the next big star of the late 2000s in films like Indiana Jones and the Crystal Skull. His acting career seemed to fall apart soon after, and he appeared at a film festival wearing a paper bag that said “I AM NOT FAMOUS ANYMORE.” And then came the comeback, with this autobiographical 2019 film about his experience as a child actor, where two actors play a fictional version of him, while LaBeouf himself plays a character based on his own father.

Tiller Russell directed this four-part documentary series about the 1985 murder of Enrique Camarena, an agent for the U.S. Drug Enforcement Association. Camarena’s story was already used as the subject matter for Netflix’s Narcos: Mexico, where he was played by Michael Pena, which fictionalized some details of his life (including giving him two children instead of three),  but apparently stuck to the facts about his experience at the hands of corrupt cops and drug cartels. The Last Narc features interviews with real people, including Camarena’s widow, to help us separate Amazon fact from Netflix fiction.

Writer Tony McNamara got an Academy Award nomination for co-writing the 2018 feature film The Favourite, which looked like a typical historical costume drama about English history, but played the story for dark comedy and satire instead of the usual reverence. Now McNamara is has created this limited series, which applies the same tone to Russian history: Elle Fanning stars as Catherine the Great, one of the most-portrayed people in history, alongside Nicholas Hoult as the husband who eventually lost power to her. The show was created for Hulu, but that streaming service isn’t available in Canada, so Amazon picked it up.

Possibly the most successful serious drama based on a podcast (it’s early yet, though), this show’s first season was big news because Julia Roberts was persuaded to play the lead. But Roberts only signed on for 10 episodes, so now the series has turned into a sort of hybrid of the seasonal anthology and ongoing series formats. The new season features a new star, Janelle Monáe, in a new story that continues the story threads introduced in the first season. Roberts spent the first season looking into the mysteries of the sinister veterans’ rehabilitation centre known as the Homecoming Initiative, and the equally sinister company behind it. Now Monáe will have to look into new mysteries, with the help of new co-star Chris Cooper, along with other actors who appeared in the first season. The approach allows them to sign up stars who would probably not be available if they had to sign on for multiple seasons.

21 Bridges
The Vast of Night