Anime North: where fantasy gets real

Toronto's annual celebration of anime and manga brought out thousands of devotees, including many in costume

What does it take to run a multi-million dollar event with more than 20,000 attendees and no professional involvement? Lots of volunteers—some 700—in the case of Anime North, Toronto’s annual celebration of those twin pillars of Japanese pop culture, anime and manga. Flip sides of the same massively popular coin, anime (film and TV) and manga (multivolume comics) contain a bewildering variety of content, theme and visual expressions. Erotica and fantasy, sci-fi and horse operas, mystery and romance or any combination of thereof, Western or Asian, in some of international pop culture’s most eclectic mash-ups: “Anime’s a medium, not a genre,” says Anime North conference chairman, Irwin Tan. 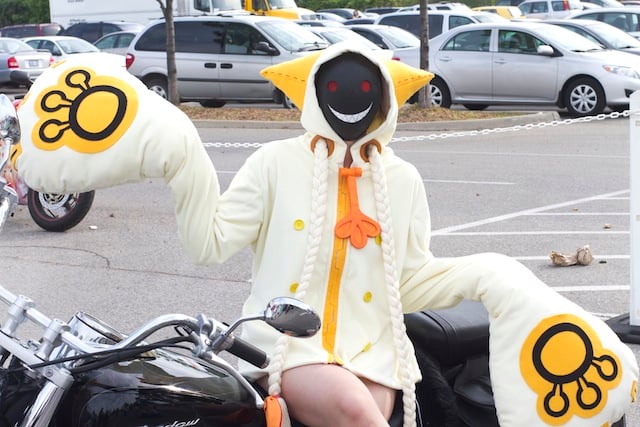 And one that inspires deep devotion in its primarily young aficionados. “Most are 17 to 25,” notes Tan of the thousands flocking through Toronto’s Congress Centre last weekend, “though I’m starting to see people in their 30’s, who are second-gen. Probably 18 or so when we began 15 years ago; now they’re pushing their own kids—some in very cool costumes—around in strollers.” The demographics mean attendees are far from well-heeled, but they still exert a major economic impact: entrance charges range from $55 weekend passes to $35 one-day passes; 15,000 area hotel rooms are annually blocked off (up to 40 per cent of attendees come from outside of Southern Ontario, and many of the locals stay on-site as well); the Dealers’ Room (selling manga, anime and collectibles of all kinds) does beyond brisk business; and line-ups for the nearby fast-food restaurants are daunting for all but the hungriest teens. 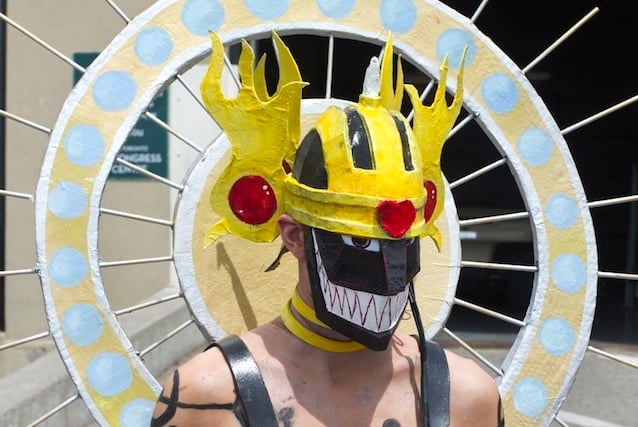 Tan, a 44-year-old commercial office designer and convention chair for the past 11 years, has been with Anime North from the beginning. It grew out of a University of Toronto club that held a 1997 convention in a campus venue. Even then attendance—700 people—was twice expectations. “We ran around all day photocopying more badges for people showing up at the door. Since then it’s grown about 10 per cent every year.” Which brings Anime North, by the miracle of compound interest, to its present 20,000-plus, making it by far Canada’s largest convention of its kind and in the top five in North America. And bringing it also to an ongoing effort to keep itself in the sweet spot between easy-going, for-the-pure-love-of-it amateurism and the demands of large-scale organization. This year, for the first time, the convention placed a daily cap (20,000) on attendees, partly to leave room to breathe in the crowded congress hall and partly because the odds say that bad weather—there’s never really been any in 15 years—has to come some day. At any given moment several thousand people are milling about in the open air, and organizers want be sure they can accommodate them all during a storm. 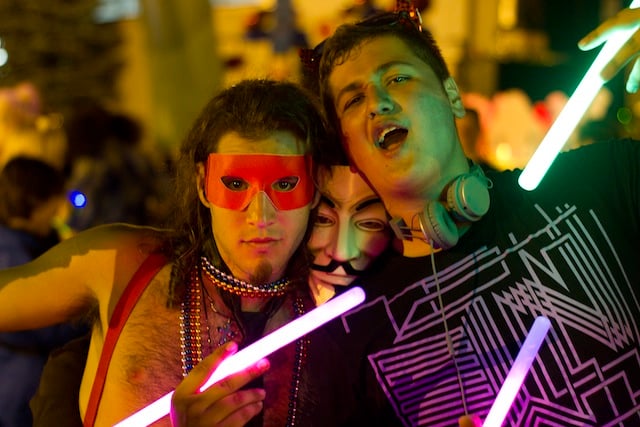 “We strive to stay very relaxed, very casual,’ says Tan, “but still act professionally,” especially with the guests, who include Japanese bands (and this year a star Tokyo DJ) and voice actors from Canada and Japan. That means no one is trying to establish, let alone adhere to, hard and fast rules of exactly what constitutes anime. The costumed wrestling, which runs throughout the weekend, often features participants dressed as very North American figures, including such superheroes as Spider-Man. “Once I went by and I saw a match between Vegeta [from the wildly popular anime Dragonball Z] and [Sesame Street’s] Elmo,” recalls Tan. “I thought of it as ‘Kill Me Elmo’.” But as long as there’s some “tie-in to Japanese culture, we’re good with what people want to see.” 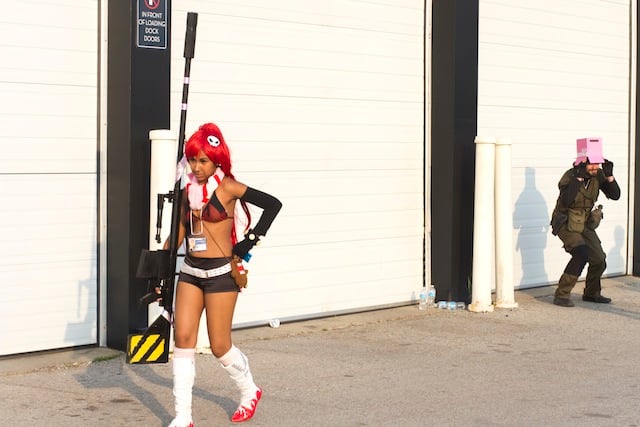 As for the pull of it all, the engine behind Anime North’s double-digit annual growth, it pretty much comes down to the cosplay for the convention chair. More than half the attendees, not just those babies in strollers, come dressed as characters from shows or comics or, often enough, as concepts inspired by anime. Some of that is “showing off—those costumes take a lot of work and ingenuity,” says Tan, “and part is the sense of community they help invoke. We have workshops on improving your costume, and people will often simply stop and give you advice. We’re very close-knit.” 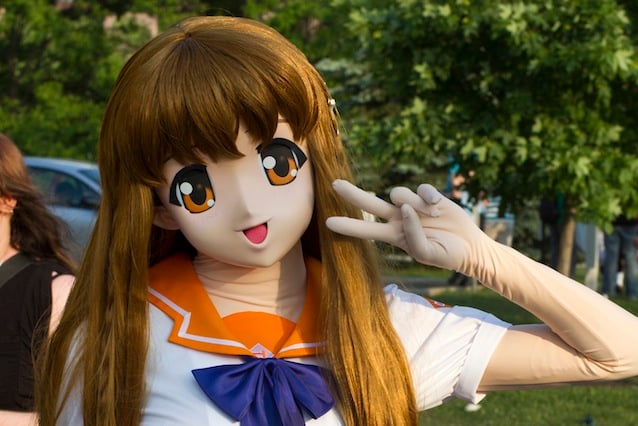 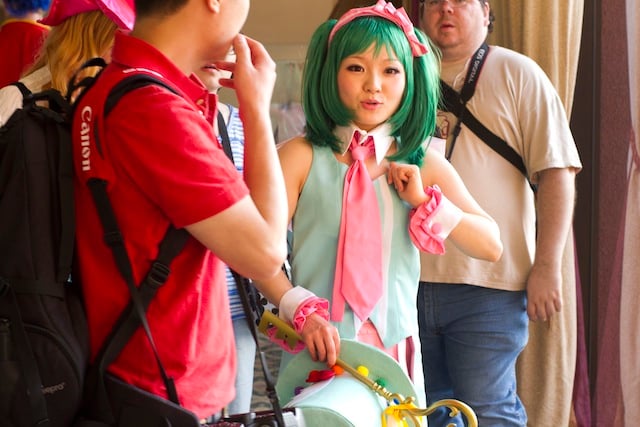 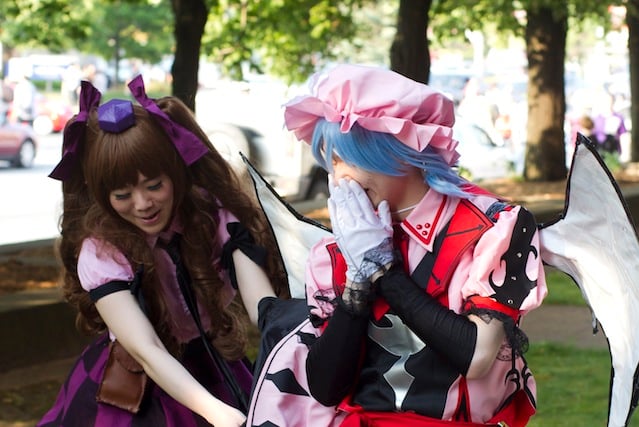 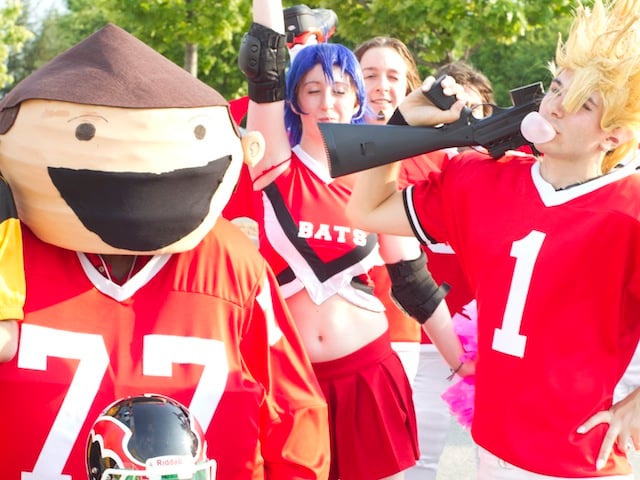 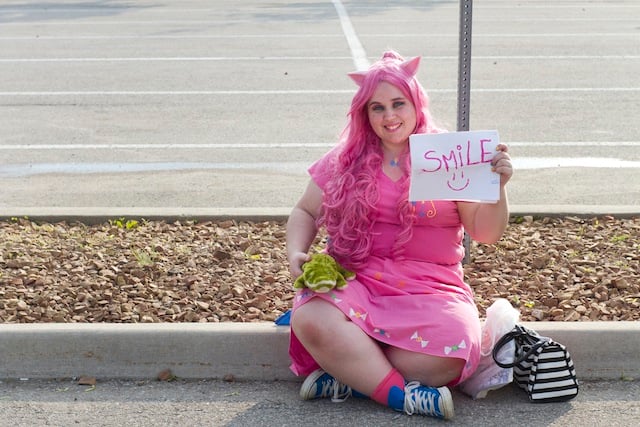 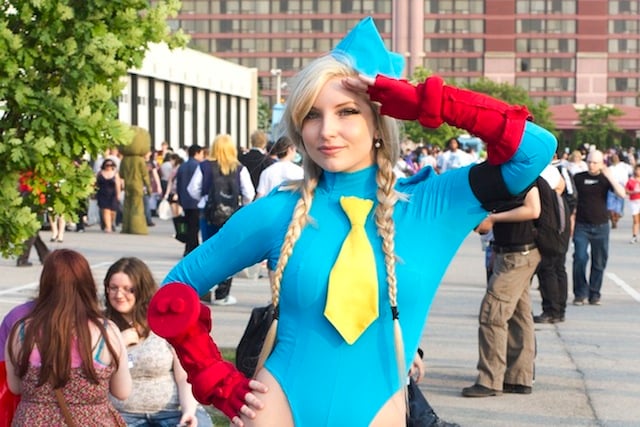