A different side of Picasso, artist and beast

A rare, complete look at his masterpiece 1930s prints 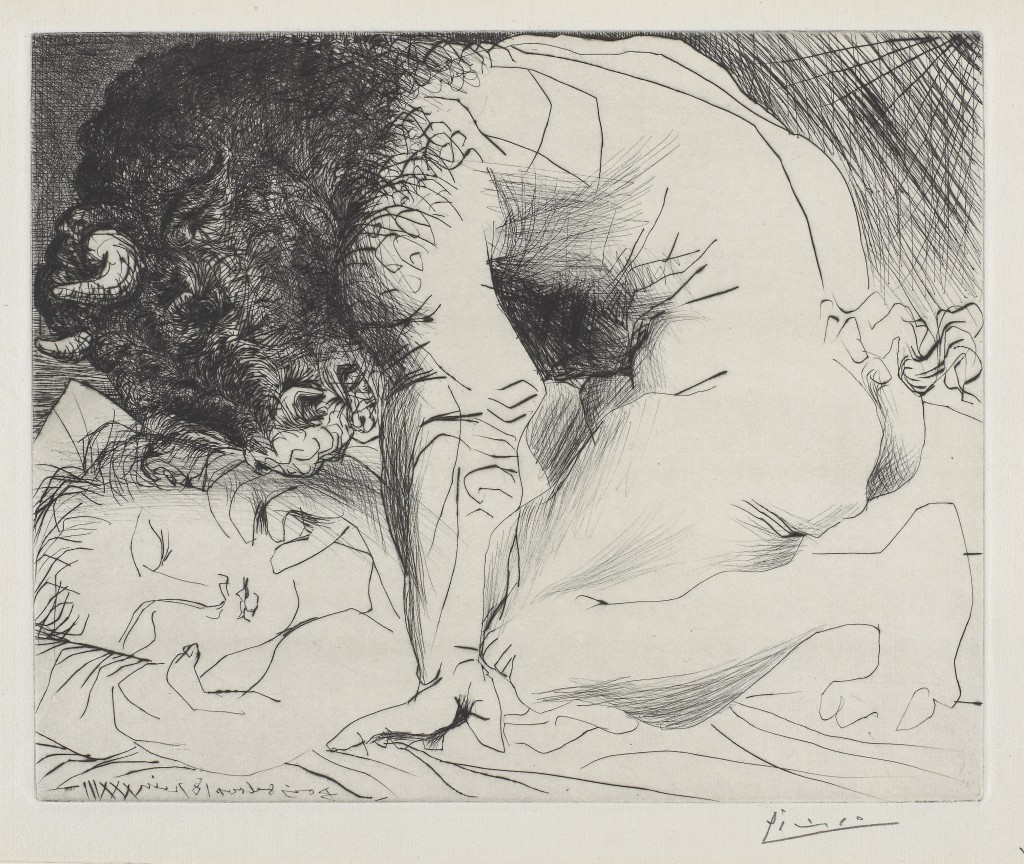 Mention Picasso and the first image conjured up is a cubist jumble, or maybe something in the titular colours of his blue or rose periods. But a remarkable summer exhibition at the National Gallery of Canada shows how much the last century’s greatest artist could do with classical lines and basic black.

The Ottawa show puts on display for the first time in six decades the gallery’s rare full set of what is called the Vollard Suite—100 etchings and drypoint prints made by Pablo Picasso between 1930 and 1937 for the legendary Paris art dealer Ambroise Vollard. The gallery bought a full set in 1957, a brilliant purchase. (The British Museum managed to acquire its complete set in 2011, and made a splash in London with an exhibition the following year.)

The series doesn’t tell a story, exactly, but Picasso suggested it might be seen as a sort of diary. In the early prints, a bearded artist lounges in an idyllic studio—we seem to be in ancient Greece, apart from the cubist sculptures in some of the scenes—caressing his gorgeous, naked model. She has the face of Picasso’s lover from the time, Marie-Thérèse Walter.

The exhibition, Picasso: Man and Beast. The Vollard Suite of Prints, is scheduled to run from April 29 to Sept. 5. Here’s my conversation with Sonia Del Re, the show’s curator, and the National Gallery’s associate curator of European, American, and Asian prints and drawings, about what makes the Vollard Suite so engrossing. (Scroll down for a gallery of selected Picasso prints she describes.)

Picasso: Man and Beast. The Vollard Suite of Prints 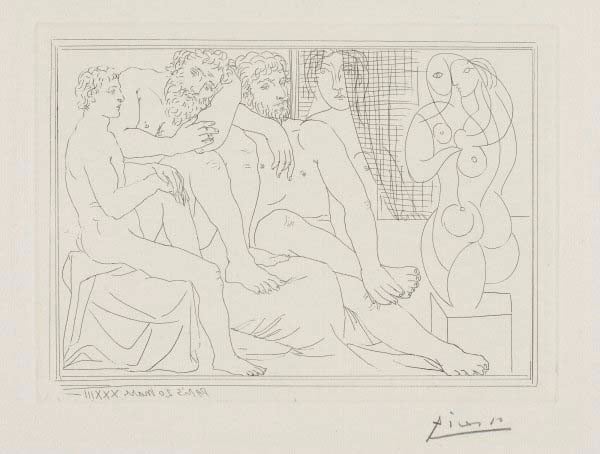 Picasso: Man and Beast. The Vollard Suite of Prints