At a time of peak piano contests, the Honens Piano Competition is showing the classical world a new way 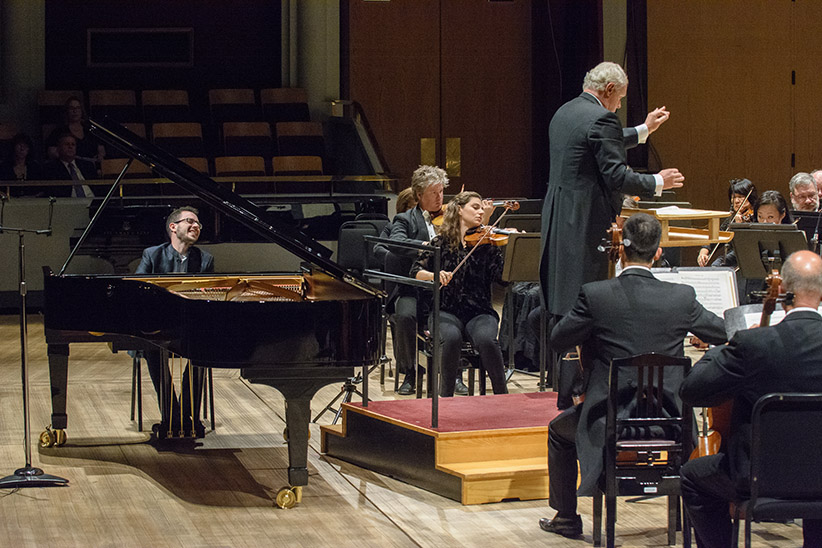 Last month in Calgary, 22-year-old Italian pianist Luca Buratto was named laureate of the Honens Piano Competition. Instead of celebrating the prospects of an exciting career ahead, cultural commentator Norman Lebrecht raised concerns that the competition circuit had “gone mad,” pointing out that two competitions had announced winners on the same day.

Are there too many piano competitions in the world? Many seem to think so. The World Festival of Music Competitions lists more than 120 major ones. With this many titles around, it’s difficult for winning pianists to attract attention and build a career.

But Honens seems to have found the winning formula. The best part of a Honens win isn’t the $100,000 cheque. It’s the artist-development program, which is (slightly arbitrarily) valued at $500,000. Honens acts as your manager for three years. They secure you gigs at important venues, connect you with prominent pianists as mentors and mobilize a team of publicists to get the word out. Compare that to many competitions that cut you a cheque and send you on the next flight out.

Because of the investment they make in the winning musician, Honens is looking for a very specific type of “complete pianist,” who is ready for an international career. The structure of the competition is geared toward this goal. During the semifinals, each pianist is required to play a chamber music recital. New this year was a classical concerto round. The pianists are even judged on an interview with a journalist. As a result, the pianist’s time at the competition resembles the week of a professional performer.

Now major competitions, including the Cliburn Competition in Texas, are starting to follow the lead of the kinder and gentler Calgary event. The Cliburn just announced changes that closely resemble what Honens is already doing, including restricting teachers from taking part in the jury and adding a classical concerto round.

These are two key changes. Teachers on the jury often end up adjudicating their own students, leading to issues of fairness. Besides, Honens argues that the concert pianists and artist managers on the jury know more about what it takes to have a career in the business. The classical concerto requirement may be a downer for the eager pianist looking to show off fast fingers by crashing through some Rachmaninoff, but Honens knows that concert promoters will ask about the pianist’s Bach or Mozart before booking a recital.

And that’s not the only thing the Cliburn is looking north to for its 2017 competition. In addition to serving on the jury, Montreal-born pianist Marc-André Hamelin is writing a piece all pianists must perform in the first round. Canadian pianists Janina Fialkowska (also a Honens juror) and Jamie Parker will also serve on the screening jury.

Late into the night at the Honens announcement, previous winner Pavel Kolesnikov performed a bittersweet Chopin mazurka while the jury was off making its final decision.

His artist-development program officially came to an end moments later. Since winning in 2012, the Siberian-born pianist has performed at Carnegie Hall, Wigmore Hall and the Konzerthaus Berlin. His recording on the Hyperion label was called “effortlessly refined” by the Guardian. Currently, he’s midway through his time as a BBC Radio 3 New Generation Artist, which delivers him a truckload of live-broadcast and performance opportunities. It’s an extraordinarily strong way to start a career.

Buratto, his successor, is an artist of great imagination with a unique and intriguing voice. His artistry may have slipped through the cracks at a larger competition.