A requiem for an unlikeable coupling

Six Ways to Sunday: We don't have to like Gwyneth Paltrow or Chris Martin. But we owe it to ourselves to not be cruel 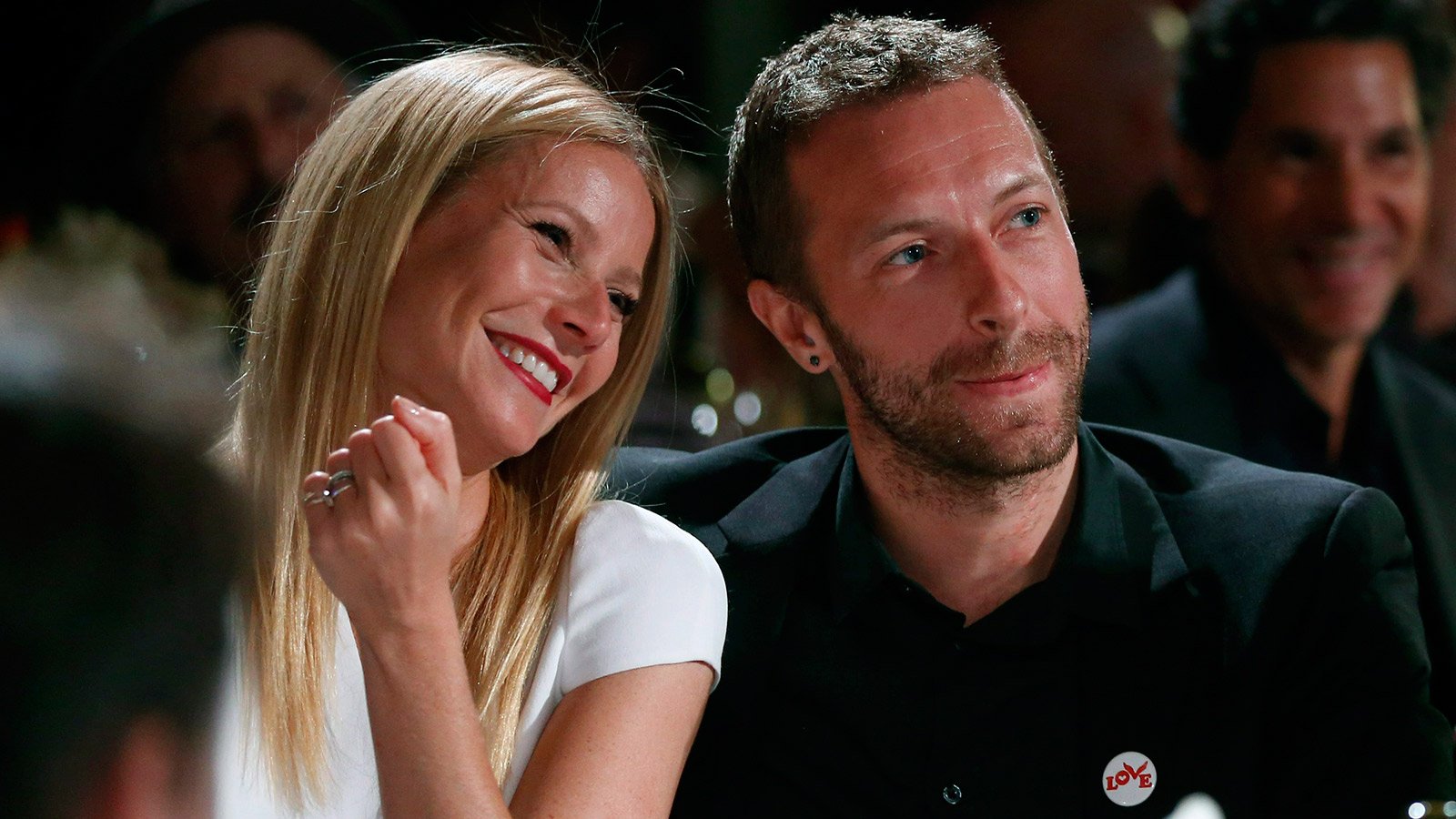 On their own, they’re hard to handle. Chris Martin is the lead singer of Coldplay, a band that has become shorthand for simplistic bland pop; Gwyneth Paltrow, meanwhile, is oft-derided for her seemingly haughty attitude, starting goop.com to relay “all of life’s positives” despite her rich life, and named Star Magazine’s “Most Hated Celebrity” for her efforts. Most recently, she’s earned even more derision for her claims that parenting is tougher as an actor than as a 9-to-5 officer worker – a complaint that cuts to the core of why many dislike her, for the flippant, out-of-touch way she complains from her gilded lily.

So when the news came that Martin and Paltrow were separating – or “consciously uncoupling,” a phrasing that has been unsurprisingly mocked – it was open season on the pair. The next Coldplay album is going to be even more obnoxious, we screeched; sadness finally befell Paltrow and she deserved it, we cackled. If her despair had a direct correlation to society’s thrill–and there was no meaningful sense that this correlation did not exist–the world exulted. Crack the wine and ring the bells, because ding-dong, the witch is sad!

But once the ink is dry and the tweets are said and the laughter has faded, what’s left here beyond a love that’s no longer? What’s left beyond a family with two kids that has to figure out how co-parenting is going to work? It’s easy to hate two people, and as cultural consumers, and people as un-private as Martin and Paltrow, we should feel no fault in having an opinion and articulating it. That’s the best part, ultimately, in engaging with pop culture: understanding ourselves through it, and finding out where we stand on subjects, people, things. It’s a part of life that’s full of grey areas, and discerning them and where you stand is half the fun. But while we hate Martin and Paltrow, we have to admit that celebrating the end of a marriage is something that neither of them, even at their most despicable, would ever do, and yet we’ve done it with impunity, under the problematic veil of “they deserve it.”  It feels oddly inevitable, too: how could they have announced the end of their marriage without suffering the slings and arrows of our cruelties? The reality is that whatever they deserve, they don’t deserve this: we’re merely hiding behind a wall of anonymity to launch bombs at a vulnerable time. That’s just schoolyard bullying, by its very definition.

If this weekly feature has had one central thesis, it’s this: take some sober second thought, even if it’s in the frivolous-feeling matter of arts and pop culture. There’s a lot to be gained in not being reactionary, and the latest example of needing to take a minute in the corner came in a completely misunderstood tweet by satirist Stephen Colbert, full inhabiter of his role as a conservative commentator in his popular show The Colbert Report.

As shock-jock Colbert, he favours gun rights, religious zealotry and other extreme-right wing touchstones; watch even a minute of his show and you can tell he is lampooning them all. One of his newest bits is right in his wheelhouse: offering a full-throated defense of Dan Snyder, the owner of the National Football League’s racistly named Washington franchise who has been vilified for his creation of a foundation (the curiously named Washington Redskins Original Americans Foundation) to placate the calls for reasoned debate over his team’s name, Colbert said he’d start the “Ching-Chong Ding-Dong Foundation for Sensitivity to Orientals or Whatever.” A tweet, now deleted, and run by Comedy Central, only featured the punchline that he’d start that foundation. Twitter ire, unsurprisingly, went immediately to peak levels. They called for Colbert to step down and for the show to be cancelled.

And it was all incredibly ridiculous, because it was effectively the equivalent of asking Sesame Street to be cancelled because it suggested children interacted with giant yellow birds seriously all the time.

There’s nothing sexy in nuance, in taking a minute. In fact, it’s probably the truest success of a satirical piece that it managed to come off as ire-raising truth; that’s the victory earned by The Onion every time someone shares a parody story as fact on social media. But there is something great about not looking like an idiot in a few days. Sober second thought: that’s a helpful place to start.

The stars are lining up for U.K. singer Sam Smith. His preferred medium – gorgeous Sade-inspired crooning over minimalist soundscapes – is having its moment, and thanks in large part to a charting track by Disclosure and an appearance on SNL, the buzz is growing in North America, too. His debut album comes out in May, and if you haven’t heard it yet, second single Stay With Me hits all the marks of pop ascension, just as his own rise has. Get ready to hear it on the radio all the time (and, not to mention, at sad moments at the end of TV shows.)

4. RETURN OF THE BOONDOCKS

When it came to blending slapstick humour, a wry wit and incisive commentary in a beautifully rendered animated format, they didn’t come much better than The Boondocks. Leave aside the fact that it had one of the best theme songs in recent memory (Asheru, where did you go??), it set a standard for Adult Swim’s earlier programming that hasn’t quite been met since, offering a uniquely smart cartoon. It’s set to return at the end of April after a yearslong hiatus, and that’s good news with a caveat, and that’s because Aaron McGruder – the man who created the comic book that inspired the show, and a showrunner for its three previous seasons – won’t be involved any longer. That’s more than enough reason to pause; in an open letter, he says that “nothing is more painful than to leave [the show’s main protagonists] behind.” There are comparisons to be made to the loss of creative control by the showrunner of the similarly incisive Chappelle’s Show, and there is something to be said about the fact that McGruder is in fact also debuted a show named Black Jesus for Adult Swim this season, too. But in the meantime, consider this an endorsement with a grain of salt. At its best, The Boondocks is one of the best shows on television.

5. HOW I MET YOUR MOTHER

After nearly a decade (and, let’s be honest, it felt that way), Ted will finally meeting his wife on How I Met Your Mother. There is much more reasoned conversation to be had about its legacy by this very magazine by our phenomenal TV writer Jaime Weinman, but at the end of the day, what we liked about that show is that it was about friends who genuinely liked each other hanging out in interesting ways. It was comfortable, and we wanted to believe that the friendship among the actors was real, too. So it’s hard not to smile when Neil Patrick Harris and Jason Segel performed an extended cut of the Les Miserables song The Confrontation on Inside the Actor’s Studio.  They’ve done it before, but the way the cast seems into it seems an appropriate eulogy for the show, as the series finale comes Monday.

Undoubtedly, the longform you should be reading is Charlie Gillis’s fantastic cover story about the ugly side of minor league hockey, which isn’t available online yet but will be this week. In the meantime, over at Vulture, Adam Begley recounts how the author John Updike managed to take a journalist doing a profile on him into literary inspiration for a lampooning story in the New Yorker – which doubles as a personal nightmare. I can’t think of anything more humiliating.