A season of new sounds at the NAC

Meet the new boss of the orchestra in Canada's capital. He's not shy. 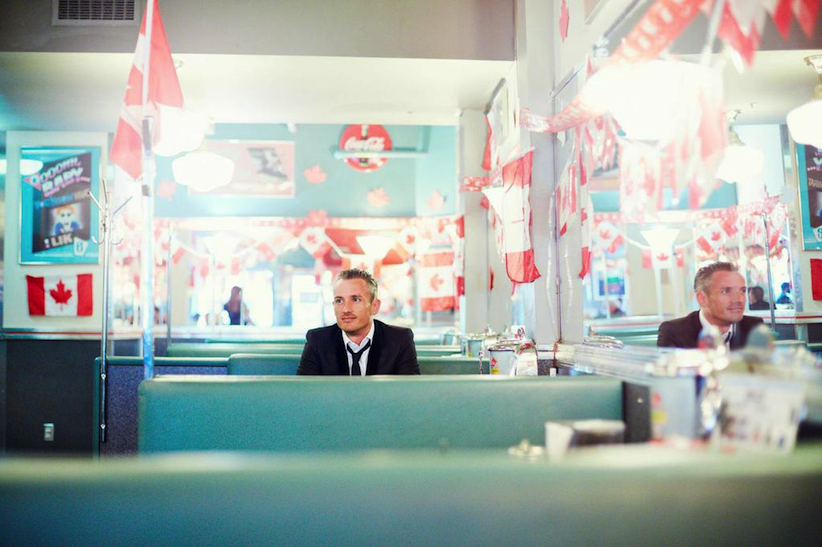 This morning in Ottawa, Alexander Shelley, the photogenic new music director of the National Arts Centre Orchestra (NACO), unveiled the program for his inaugural 2015-16 season. It was the best indication we’ve had yet of the direction the 35-year-old Brit has in mind for his new job. Shelley’s first season: sharply expands the range of repertoire the orchestra will play; pushes the median date of composition forward by many decades, shifting NACO’s philosophical “home base” from the late 18th to the early 20th century, with frequent gusts, in the form of several newly commissioned compositions, to the present day; gooses the winds and, especially, the brass with repertoire that hands them more challenges and chances to shine than they have faced for many seasons; and transforms the NACO, almost overnight, from one of the more conservative to one of the more audacious orchestras in North America.

I’m not impartial. I was a volunteer on the committee that selected Shelley, after a two-year search, to replace Pinchas Zukerman as the NAC Orchestra’s music director. Zukerman has been good for the orchestra: as a role model for the string sections, as a great soloist, and as a personal friend to many visiting guest artists. He would also be happy conducting little else besides Bach, Mozart, Beethoven and Brahms. Shelley is less of a known quantity. He can’t rely on his reputation to bring audiences. He’s still building his reputation. He’s clearly aiming high.

Here are a half-dozen concerts I won’t miss next season:

High modernism and low morals, Oct. 15: That’s my name, not Shelley’s, for this certifiably wild concert. It features a bunch of odds and ends from the 1920s (as part of a week-long 1920s music festival that will feature, on other evenings, Ravel, George Gershwin, and the orchestra accompanying a screening of Charlie Chaplin’s film City Lights), along with a highly eccentric triangular array of masterpieces from the early days of modernism: (1) Anton Webern’s defiantly atonal, but brief and delicate, Symphony; (2) a bunch of songs by Cole Porter, to be sung by a pop singer to be named later (are we allowed to nominate someone?); (3) Darius Milhaud’s 16-minute fantasia Le boeuf sur le toit, written to evoke festive and infamous goings-on during a long night at a Brazilian-themed bar in Paris. I’d never heard the thing before I started reading up on this season. It’s a blast, comparable to Leonard Bernstein or Offenbach or the candy-factory sequence in I Love Lucy).

Hollywood and a new commission, Jan. 14: Britain’s Daniel Hope is a rising-star violinist in Europe. He’ll play the concerto by Erich Wolfgang Korngold, a Viennese conductor who fled the Nazis and made a career scoring Hollywood movies, as well as John Williams’ violin theme to the Spielberg movie Schindler’s List. And the orchestra will play a new piece by Edmonton composer John Estacio, a setting of the Rita Joe poem I Lost My Talk — commissioned by Joe Clark’s family as a birthday gift to the former prime minister.

Choral Brahms, Feb. 10-11: There’s enough of the standard orchestral repertoire throughout the season to reassure audiences who liked what the orchestra has been playing under Zukerman. Trevor Pinnock will conduct an all-Bach concert; John Storgards will conduct an evening of Beethoven. This concert relies heavily on Brahms, which is the only way to rely on Brahms if you ask me. The highlight is the Romantic composer’s German Requiem, his greatest work for orchestra and choir.

A leading new composer, Feb. 17-18: few young composers have received more attention than New York’s Nico Muhly, who has worked with Philip Glass and Bjork and whose music reflects both influences. The orchestra will bookend his new viola concerto with music by the French operatic composer Georges Bizet.

An overlooked piano concerto, May 4-5: Audiences have heard Camille Saint-Saëns’ Carnival of the Animals a hundred times, and in many cases never anything else the 19th-century French composer wrote. It’s a shame. His Fifth Piano Concerto, nicknamed the “Egyptian” for some half-hokey, half-haunting keyboard effects sprinkled through it, seems to me as exciting a virtuoso showcase as anything by Rachmaninoff or Prokofiev. Yet it’s almost never performed in concert. The French pianist Jean-Yves Thibaudet will make the case for it in a concert I expect will be a highlight of a memorable season.