Ai Weiwei in his studio in Beijing, China. (Photo by Zachary Bako for The Washington Post)

Update: January 13, 2016: Lego has announced it has reversed its policy on bulk purchases. ‘Lego is a language which everybody can appreciate and should be able to use it according to their will, and that’s what all freedom of expression is about,’ the artist told the Associated Press in response to the move. 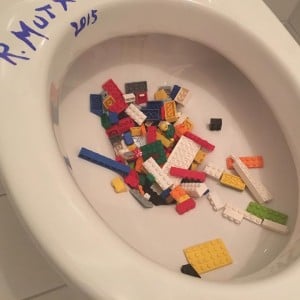 Instagram photos of Lego bricks in a toilet or of sad-faced children offering up their Lego treasures for use, #nolego Twitter nods to Naomi Klein, online suggestions to build a Tiananmen Tank Man sculpture out of Lego, and ominous calls for a boycott: This year’s law of unintended consequences award goes to the Danish manufacturer of the iconic children’s building blocks.

On Oct. 23, the dissident Chinese artist Ai Weiwei posted on Instagram about the Lego company’s September refusal of his bulk order of bricks to create artwork to be shown at the National Gallery of Victoria in Melbourne, Australia. The reason he was given, Ai wrote, was, “They cannot approve the use of Legos for political works.” Without actually stating as much, Ai gave the impression he had shrugged off the rejection—until Oct. 21, that is, when he learned a new Legoland theme park would open in Shanghai.

Ai, who has suffered severely at the hands of his government, including a 2009 beating that led to emergency brain surgery and an 81-day imprisonment without charge, is China’s most famous living artist and its highest-profile critic. Outside China, he’s one of the most honoured of contemporary artists and human rights activists. That is to say, not someone an image-conscious Western corporation, plaintively seeking to avoid a PR debacle, wants to be seen censoring.

Too late. As the Twitter hashtag #legosforweiwei trended, offers of donations poured in and Ai began setting up collection points around the world. (In Toronto, supporters can pour Lego into a BMW parked outside the Art Gallery of Ontario.) It is unclear how many carloads Ai might need. His last Lego project, installed on Alcatraz Island in San Francisco Bay and consisting of 176 portraits of political prisoners from Chelsea Manning to Nelson Mandela, ran to 1.2 million bricks. For his latest project, the two-piece exhibition Andy Warhol / Ai Weiwei, only one piece would seem to involve Lego bricks: a 20-portrait series of Australian champions of human rights and Internet freedom. If the depictions are the same size as Alcatraz’s, Ai may be able to get by with 140,000 bricks or so.

Related: How China’s artists are making waves—and getting away with it

The situation is hardly what it seems. The censorship is not corporate, as Ai claims. “Anyone is welcome to Lego bricks via normal sales channels,” ran one slightly desperate Lego tweet. And Lego, which happily did business with Ai for the Alcatraz project, is not opposed to political projects, if the targets are Western. Neither artist nor toymaker is speaking plainly about the real issue, which—ironically enough—is self-censorship in deference to the economic muscle of China, a country that matters intensely to both artist and corporation.

The last word in doublespeak, though, goes to China’s state-run Global Times newspaper. It wrote with satisfaction about Lego’s decision, declaring, “As China becomes more powerful, commercial organizations and national governments will become more scared to apply a double standard to China.” 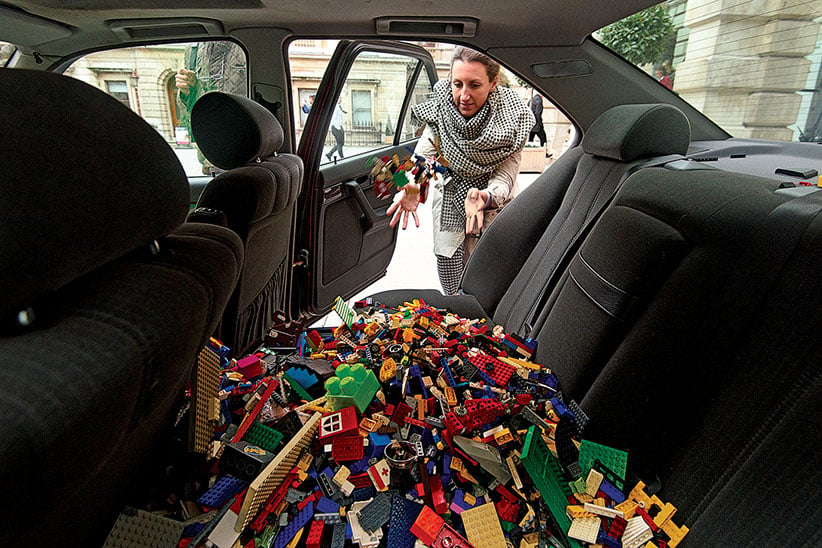 LDonations of Lego bricks are left in a BMW 5 series sedan as part of Chinese artist Ai Weiweis’ appeal for lego bricks at The Royal Academy of Arts ahead of his latest art installation on November 9, 2015 in London, England. (Ben Pruchnie/Getty Images)