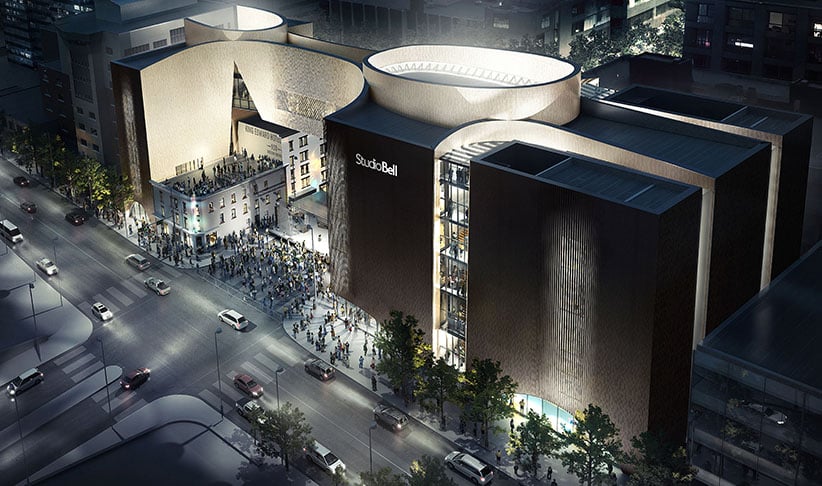 From the oil sector’s booms and busts, the rise and fall of former prime minister Stephen Harper and the broadly inspirational leadership of Mayor Naheed Nenshi, Canada’s eyes have repeatedly turned to Calgary in the last several years. In 2016, the ears of a nation will perk up.

A few blocks from the skyscraper core, the National Music Centre will open Studio Bell, its new $191-million facility. It’s designed to give Canada a long-sought headquarters for both music lovers and makers, and delights when those two come together.

Why in Calgary? Set aside Feist, Jann Arden and a solid country music heritage and just try to expunge the Stampeders’ earworm Sweet City Woman. It’s there because a small group of Calgarians led by Andrew Mosker, now NMC president, pushed to fill this void in Canada’s cultural landscape.

In less than a decade, this group will have transformed a modest Calgary foundation with a fascinating piano and keyboard collection into Canada’s brick-and-steel mecca of treble and bass, rhythm and blues, words and guitar.

“The Juno Awards do a great job of celebrating Canadian music five days or six days a year, as does the Canadian Country Music Association and several other organizations. But none of them are really doing that on a 365-day-a-year basis, and that’s what we’re doing,” said Mosker. (The Junos land in Calgary in spring, an overture to Studio Bell’s summer premiere.)

The 160,000-sq.-foot* complex in Calgary’s fledgling East Village district is built around a 1905 hotel and blues bar this project saved from extinction. The Allied Works Architecture-designed structure, with a two-level bridge spanning Fourth Street, is an attraction itself. “Canada’s music, in our view, deserves an icon like this,” Mosker said. Inside will be 21 interactive exhibition galleries that house the Canadian Music Hall of Fame, music classrooms and a 300-seat performance venue whose acoustics got Daniel Lanois excited on a recent tour, Mosker said.

In behind the King Eddy will be a more storied music artifact, revived and reactivated: the Rolling Stones’ mobile studio, which the band built to make Sticky Fingers and Exile on Main Street. On permanent display and ready for musicians, it could make Calgary home to an Abbey Road by the Rockies.

CORRECTION—Jan. 4, 2016: This story originally misstated the square footage of Studio Bell. We regret the error.