All the paintings in North America that you absolutely must see 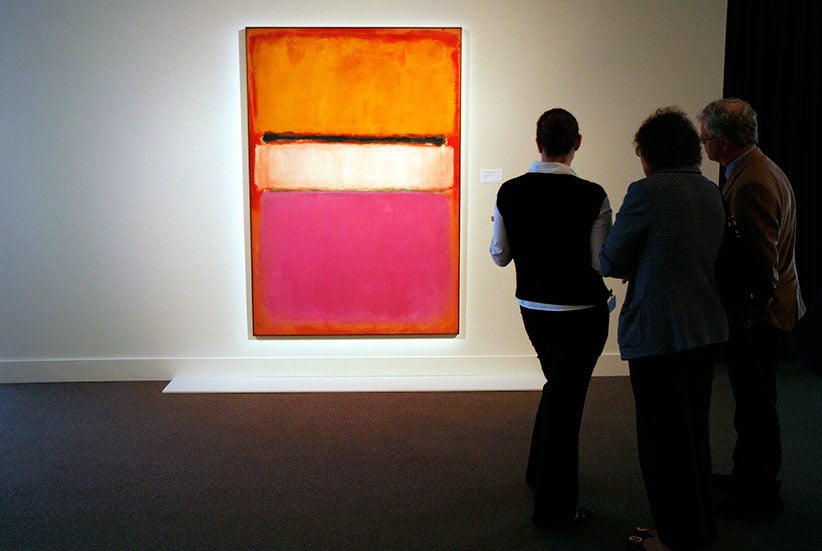 That makes 298 now—paintings that Julian Porter thinks we should have several good, long looks at, that is. Four years after Porter, a prominent libel lawyer who has often represented Maclean’s, saw the publication of his 149 Paintings You Really Need to See in Europe (So You Can Ignore the Others), he’s switched continents, picked up a co-author—fellow litigator Stephen Grant—and released 149 Paintings You Really Need to See in North America (So You Can Ignore the Others). The title is just one of the ways the new volume offers a seamless transition from one locale to another, with the same acute insights similarly tempered, and occasionally reversed, over time. Porter, 80, has had a long exposure to great art—Group of Seven artist A.Y. Jackson babysat him, and he was still a teenager when he began working as a European tour guide for visiting Canadian students in the 1950s—but he has always regularly returned to his favourites, frequently seeing something new in them.

Still, geography is not all that has changed in the new book, Porter allows in an interview. There are, of course, gems to be found on this continent. “As a thing of pure beauty,” he declares, it’s hard to think of a more dazzling work than the Titian portrait of a young man in New York’s Frick Collection, “even though there’s no particularly great personality revealed in it.” There’s the Edgar Degas portrait of the artist’s sister and her husband in the Museum of Fine Arts in Boston, which has provided Porter with multiple, mutating messages: “You come back to it, you come back to it, especially the colours behind the couple, you just come back to it.” And then there’s “the clutch of Cézannes in Philadelphia, better than any collection in Europe, for some reason.”

All that was simply an aside to Porter’s summation of what is not in North America—Renaissance churches with frescoes, mostly, but also “real” Tintoretto paintings and the greatest Rembrandts—along with his admission of a personal stumbling block: modern art, most of it beyond his interest and expertise. “I knew I couldn’t do the moderns. I’d end up Googling them, which wouldn’t be a service for readers. So I needed some help there.” Enter Grant, who volunteered his modernist services after hearing of Porter’s project and predicament. “I know some people look at a Mark Rothko and think, well that’s just paint. I get that, though a Rothko is so much more,” says Grant. “I thought it would be an interesting challenge to write about abstract art.”

The two lawyers worked separately for the most part, tidily divided by chronology—“Julian’s knowledge runs to Matisse and mine starts there,” notes Grant—and ended up contrasting neatly in a way that mirrors their subjects. “Crackling” is a favourite Porterian phrase to describe the personalities and situations in his classic paintings, a term that also suits his commentary. Consider what he makes, on his fourth viewing, of the Degas he so admires, Edmondo and Thérèse Morbilli: “Look at the know-it-all mouth of the husband. You’ve met the type before, smarter than you, meaner, quicker, a cold fish.” Rothko’s Untitled (Violet, Black, Orange, Yellow on White and Red), on the other hand, elicits quiet praise from Grant for its “hyper-sensitive spirituality.”

Porter has backstories to go with his thumbnail critiques of individual works, with many of the most detailed—as in his European volume—involving the law. Joseph Turner’s Slave Ship brings to mind the 1783 Zong case, in which slavers on the Zong tried to collect insurance on the 132 Africans they had thrown overboard when the ship ran low on water. The improbable success of a young securities lawyer in recovering a Nazi-looted masterpiece for its rightful owners accompanies appreciation of Gustav Klimt’s Adele Bloch-Bauer I.

Other tales centre on America’s rich—both the robber barons of the last century whose enormous purchasing budgets were the key building blocks in North American public art collections, and their 21st-century contemporaries. Leonard Lauder, an heir to the Estée Lauder fortune and a major benefactor to the Metropolitan Museum of Art in New York, told Porter that it would require $1 billion to organize the Met’s collection in a way that followed the history of art, since it’s currently arranged in a manner that reflects the museum’s donor history.

Some of the best stories, though, revolve around Porter himself as he was growing up in Toronto. Not just the early presence of A.Y. Jackson, who taught art to Julian’s older brother Dana while, Porter adds, “reaching over and rocking my cradle at times,” but about one of the family’s neighbours. Financier Frank Wood was Canada’s closest equivalent to the voraciously collecting industrialists of America. When Wood died in 1955, his bequests to the Art Gallery of Toronto formed the basis of the AGO’s Old Masters collection, including the city’s only Rembrandt. But when Porter was young that painting, Portrait of a Lady with a Lap Dog, hung in the Woods’ home, around the corner from the Porters, where Julian saw it often, a nice start in life for a future art lover and Rembrandt devotee.