Tagaq's Polaris performance was a bigger victory than her actual win 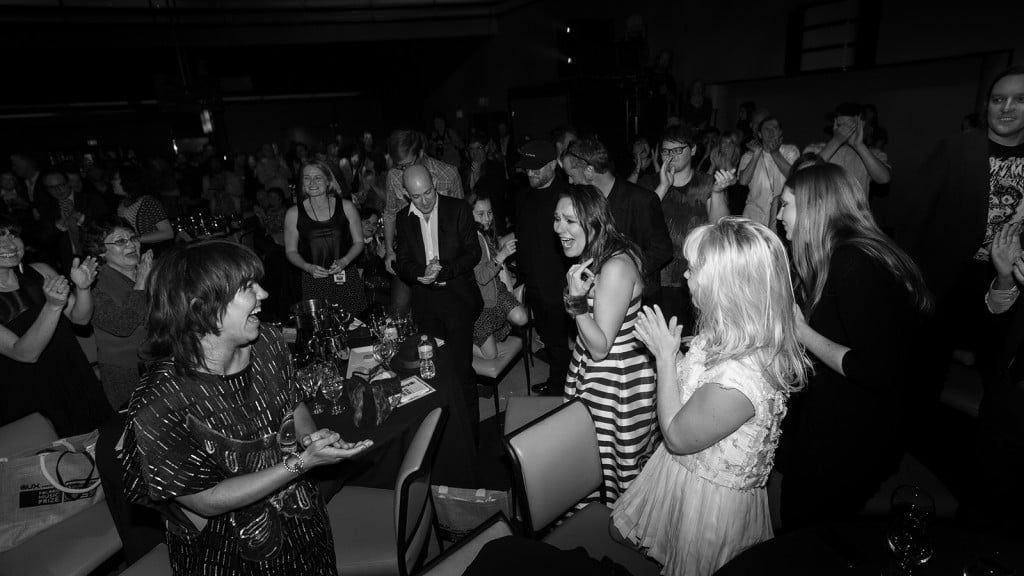 It’s the award tour: the six-month period when every week features another short list, another winner, another attempt to fill you in on everything you apparently missed in the last fiscal year. We’ve already had the Emmys (Aug. 25); soon it will be the U.K.’s Mercury music prize (Oct. 30), then the various Writers Trust awards, the Giller prize (Nov. 10), then the Governor General’s Awards (mid-November), then all the year-end lists telling us what the best movies/music/books were of 2014, then the Golden Globes (Jan. 11), the Grammys (Feb. 8), the Oscars (Feb. 22) and, finally, the Junos (March 15). I’m probably missing several dozen more.

Last week, on Sept. 22, avant-garde Inuit throat singer Tanya Tagaq won the Polaris Music Prize, which landed her $30,000, well-deserved respect, an immediate bump in sales for concert tickets and her album Animism, and a platform for her favourite causes: indigenous rights, the seal trade and highlighting the horrifying numbers of missing and murdered Aboriginal women. She is the first Aboriginal artist to win the award; the first person west of Toronto; the first to win for an experimental album far removed from pop or rock forms.

But what does her win “mean”? Nothing.

Again: nothing. All the works in question had made a cultural impact either before or after being nominated; whether or not they actually won is incidental. The awards just give us more reasons to talk about them.

Tagaq’s performance at the Polaris gala moved many people—including me—to tears. It was a career-making, historic moment. She’s been performing for more than 10 years, but even her close friends and biggest fans will tell you they’d never seen her be so incredibly electrifying as she was that night. Every fellow shortlisted nominee couldn’t sling enough superlatives about her. The video went viral the next day (as did Geoff Berner’s brilliant introduction). Polaris head honcho Steve Jordan said it “may well have been the greatest musical moment that I’ve ever been privileged enough to be a part of or witness to.” Jian Ghomeshi couldn’t stop drooling on air during his interview with Tagaq the next morning on Q. Smug Polaris jurors (of which I am one) delighted in how good it made us all look.

It makes for a fantastic story, the kind of story that critics—190 of whom comprise the larger jury, whose votes create the long list and short list—love to write. What does this mean for Aboriginal music in this country? What does it mean that Drake and Arcade Fire (and seven others who never get mentioned) “lost”? What does it mean in the history of the prize? Did the jurors “get it right”? It’s also the kind of story that few in Canada seem to care about except fans of the artist and those who work on her team; the same is true of most award winners in this country.

The only truth is that Tanya Tagaq made thousands of new fans overnight, and Polaris enabled her to do that. Beyond that: bubkes. Because who wins Polaris—or any other award, for that matter—is almost certainly mere happenstance.

The way the Polaris prize works, the winner is decided the night of the gala by 11 jurors locked in a room, who cannot see any of the performances before they make their decision. Because Tagaq performed last, it so happens that those jurors did see her play—and slay. But the novelty cheque had already been made out. It’s a happy coincidence that the jurors had already concluded that Tagaq’s music was awesome, before she proved it before our eyes and ears.

The composition of the Polaris jury, like that of the Giller, is crucial. They’re chosen for myriad reasons, mostly to ensure they’re not all white men from Toronto (a.k.a. 90 per cent of Canadian music critics), but also because they had one of the shortlisted albums on their ballot. Each juror is expected to then champion his or her album to the other 10 (one extra juror is thrown in as a wild card; I was that juror in 2012). A moderator presides to ensure that the discussion never gets dragged into who “deserves” to win based on perceived financial need (e.g., “Drake doesn’t need the money”) or the fact that genre X has never won the prize before (i.e., hip-hop) or that artist X has already won the prize before (e.g., Arcade Fire, Owen Pallett). The discussion is entirely about the merits—or downfalls—of the shortlisted albums.

The winner is not chosen by consensus. It is decided after three ballots, where each juror gets three ranked votes: After the first ballot, the bottom five albums are removed from discussion; after the second, two more are removed; on the final ballot, jurors rank the three remaining albums. It’s entirely possible, mathematically, that 11 jurors, with a combined 66 points at their disposal on the final ballot, could arrive at a tie. It’s entirely possible that everyone’s second or third choice could win the prize. If any juror in that room had been subbed out, the vote would be entirely different. It’s a game—a fun game, but a game nonetheless.

At least it’s transparent. We’re told who the jurors are; if we know enough about their individual work, we can guess what their prejudices and passions might be. We can also assume that those 11 people actually listened intently to the shortlisted albums. For awards voted on by a much larger pool of people, who can say if Oscar voters even watch all the nominated films?

Tagaq’s Animism had a lot of buzz leading up to Polaris. What would the 2014 Polaris Music Prize mean if a dark horse—say, Timber Timbre or Yamantaka Sonic Titan or Jessy Lanza—had snuck up the middle and been crowned the winner? We certainly wouldn’t be talking about what it all means. There might be a narrative to how an album gets on the short list, but only random events result in the winner.

Ford Pier, a brilliant artist from Vancouver whose work has never been anywhere near the Polaris prize, told me this week, “As one who’s had cause to grow very comfortable with ‘losing’ over the years, I can tell you that, on those rare and treasured occasions when I ‘win,’ my reaction is generally along the lines of: ‘How about that? They must have listened this time!’ Or, ‘Well, even a broken clock is right twice a day!’ Or ‘They’re getting better at this!’ ”

Liisa Ladouceur, one of the 2014 Polaris grand jurors who helped anoint Tagaq told me: “The most important part is the long list of 40 great records. The winner is a punctuation mark (and a cheque) to a process that is about way more than just one album at the end.”

And finally, one of this year’s shortlisted Polaris artists—who was openly hoping for a Tagaq win—told me this week: “At the heart of objective criticism and democratic procedure in arts criticism is a big lie: that a critic or a group of critics can speak for the Holy Ghost, for a canon. That a roomful of people can actually by arbitration decide that one album is more or less worthy than 40 other albums. The heart does not believe this. Could you imagine having the gall to decide between [Leonard Cohen’s] Songs of Love and Hate and [Joni Mitchell’s] Blue in a [hypothetical] Polaris grand jury, 1971? I cannot. I do not discourage Polaris and I’ll always be enthusiastic about any mechanism that gives money to artists, but I encourage music critics and music writers to write with less objectivity, more enthusiasm, more vitriol, more love and more hate, to forget editorial directive, branding and to tell me what you really love and why, and that’ll always win.”

The whole point of arts awards is to get us all talking. The more conversations about the art in question, the better. Chances are, we—as either critics, fellow creators or consumers—can learn more from the art itself than patting our own backs.