The artist who eclipsed Picasso 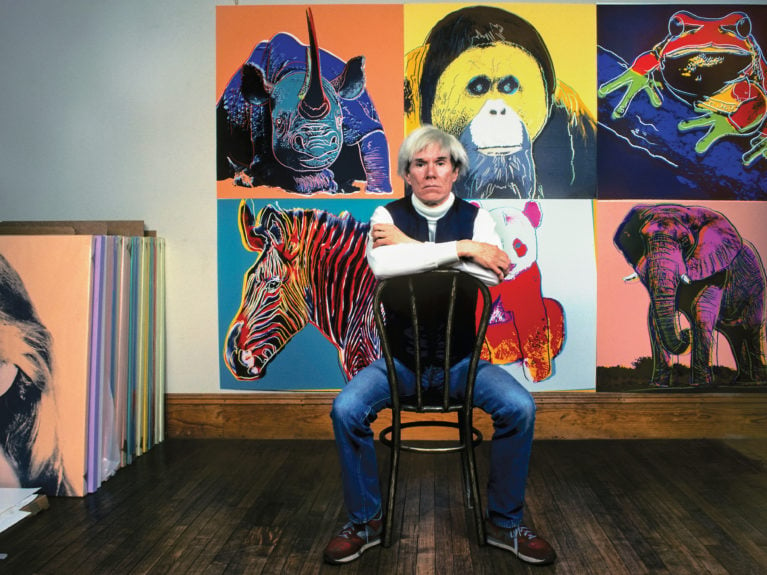 Warhol in 1983 at his studio, the Factory, with paintings from his Endangered Species series (Brownie Harris/Corbis/Getty Images)

It’s no easy task to write a life of the very famous and recently dead. There’s the immense detritus of a modern life for one thing, and any number of family, friends and lovers eager to comment for another. For Andy Warhol, the last of the as-famous-as-Picasso household-name artists, who was 58 when he died in 1987, those factors were compounded beyond the ordinary, biographer Blake Gopnik cheerfully admits. He burrowed through almost a million documents and conducted 260 interviews on his way to Warhol, a magnum opus that manages somehow to be both minutiae-crammed and compulsively readable.

But the mountain of material was the least of Gopnik’s difficulties. There was the way Warhol, from his earliest years, “hid much about his own life and deliberately misled everyone,” the prominent American critic, who grew up partly in Montreal and launched his career in Toronto, says in an interview. “He was heavily influenced by the notion that you look at a work or read a text to find out what they are about—you don’t ask the author or painter.” Or look for clues in their lives. To Warhol, biography was useless for understanding art. A reader could be forgiven for thinking that his biographer, after a thousand pages and 7,351 footnotes, wouldn’t agree—but “actually, I kind of do,” Gopnik says. “I’m lucky, though, because Warhol was his own greatest work of art—writing a biography of him is therefore also an act of art criticism. I can get away with it, in my mind, that way.”

It’s also the dominant theme running through Warhol. The artist lives on in popular culture through enduring images—the Marilyns, Elvises and Campbell’s Soup cans of early ’60s pop art—and one ironic line: “In the future, everyone will be world-famous for 15 minutes.” But also, Gopnik emphatically protests, simply for being his enigmatic self, “this living sculpture called Andy Warhol.” He was the man “in the crazy silver wig, which changed over the years to become crazier and crazier, the Warhol who appears, God help us, on [the hugely popular ’70s/’80s TV series] The Love Boat. I think that his very self-conscious self-creation is what we remember most.” Warhol encouraged confusion and doubt, about himself and his work, from the beginning. “When we’re looking at the Campbell’s Soup cans, we wonder if they are a critique of American culture or a celebration of it. Are these to be taken seriously or even as a joke? Everything he ever made is part of one big project of sowing confusion about what art is about, what America is about, what Andy Warhol is. That’s the heart of his achievement.”

READ: One giant leap for art: The sculpture that’s headed to the Moon

It’s also the place where the purely biographical insistently inserts itself, despite Warhol’s genuine abhorrence and Gopnik’s Warholian—that is, unserious—dismissal of it. The writer’s deep dive into the artist’s working-class upbringing in Pittsburgh, including the influence of his remarkable mother, explains so much about Warhol. Julia Warhola—Andy’s surname until he hacked the un-American vowel off the end—was a poor villager from what’s now Slovakia. She “thought of herself as a kind of avant-garde artist,” says Gopnik, “and told her son that if he was to be an artist, he should be on the cutting edge.” During the depths of the Great Depression, when her husband’s income never topped $1,200 in a good year, Julia made sure there were always art supplies for their three sons, of which Andy was the youngest. (The soup cans he painted decades later were not a paean to a childhood staple—the Warholas could not afford them.) “Without Julia, Warhol would never have begun his life as an artist.” 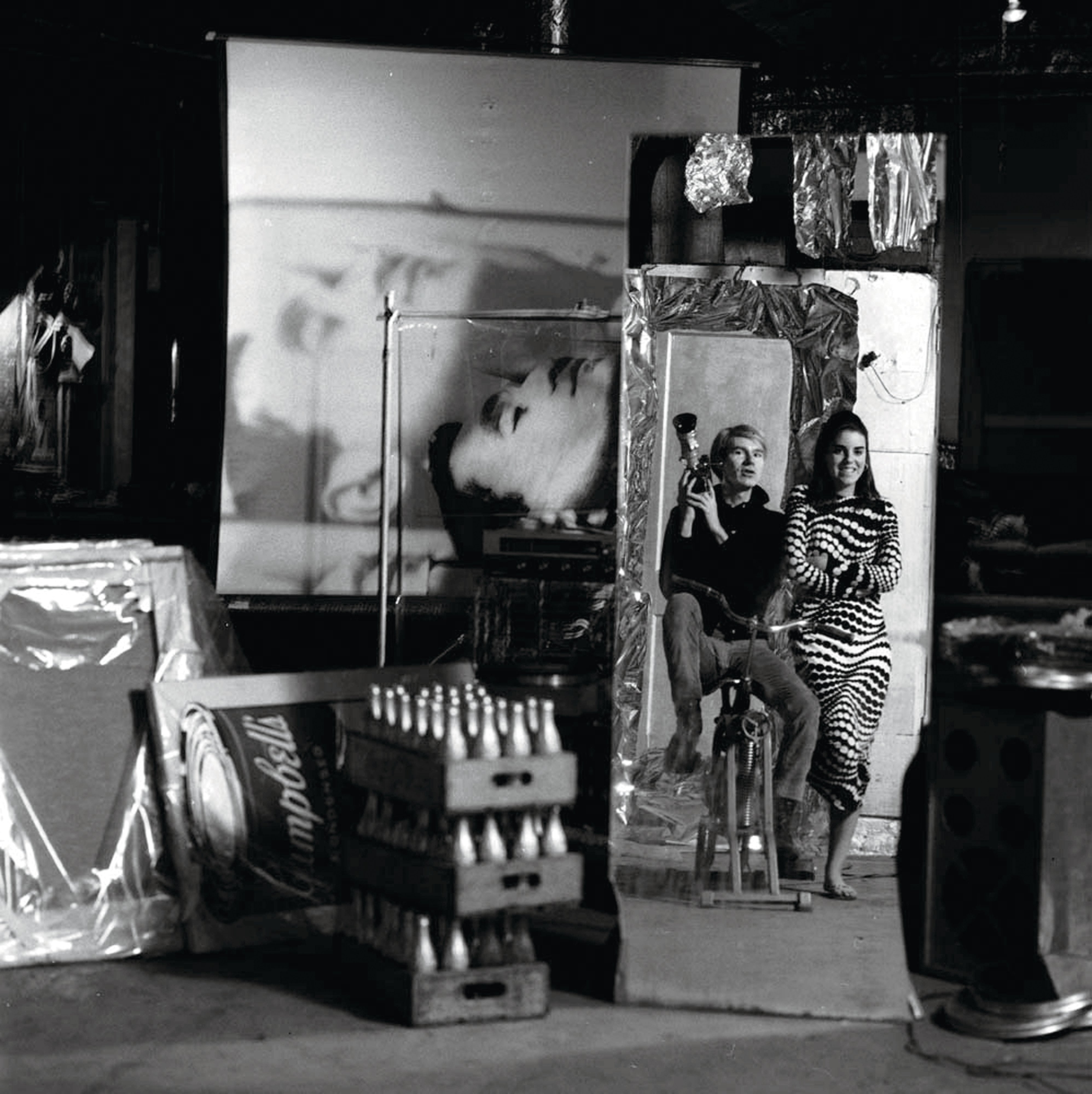 He was equally lucky to grow up in Pittsburgh, adds Gopnik, a place where “the Carnegie Museum of Art offered classes much more advanced and ambitious than elsewhere at the time,” and annual exhibitions of the latest in contemporary art, including a blockbuster wartime show in 1942 where a young Warhol saw Picasso’s Guernica. But Pittsburgh wasn’t all upside. The whole of the U.S. (and Canada) was a bastion of homophobia as Warhol came of age as a gay man after the war. In 1948, weeks after his 20th birthday, Pittsburgh established a special 36-man “morals squad” dedicated to stamping out what two city judges called “society’s greatest menace.” Within its first two weeks, the squad had already shot two gay men, and soon afterwards began an extortion racket, arresting 800 men over three years and exacting $200 each to drop charges that could have brought a decade in prison.

That was Warhol’s world, one where gay men adopted false outer personas as a matter of course and for motives of survival, not artistic integrity. But with both impetuses pushing him and a certain innate talent, Warhol was a natural-born master at what the 1960s called “the put-on,” and he assumed—not always to his benefit—that everyone else was acting, too. He loved to observe what Gopnik calls the craziness of the “Warhol superstars,” the friends and hangers-on who surrounded him at the Factory, the workshop he eventually established in New York City. “He didn’t care whether they were actually nuts or not, knowing or assuming that much of the nuttiness was the product of drugs, although that was not the case with Valerie Solanas,” who was in the grip of paranoid schizophrenia, not meth, when she shot Warhol on June 3, 1968. (That was a near-run event for the artist, not yet 40: As set out in the gripping opening to Warhol, the brilliant, improvised surgery that saved him skirted disaster so closely as to justify Gopnik’s description of the shooting as the day “Andy Warhol died for the first time.”)

READ: Art during the time of coronavirus

In 1949, an ambitious young Warhol, with a head full of radical notions about art, and not at all perturbed about being gay but rationally careful about when and where to reveal it, left Pittsburgh for New York. And he embarked on a successful career as a commercial illustrator, eventually becoming the magazine world’s well-paid go-to guy for shoe illustrations, especially in Harper’s Bazaar. By the end of the 1950s, prosperous and comfortable in a secure New York gay milieu, he was newly determined to make fine art, specifically art that was “distinctly, even flamboyantly gay,” Gopnik writes. The camp strains in pop art can’t be denied—one of Warhol’s drawings shows nude male feet pressed against a Campbell’s Soup tin in such a way that the only letters visible are C-A-M-P. But there were inspired artistic impulses behind pop art, too.

Warhol had also come of age when abstractionism reached its zenith as the dominant Western artistic style. “It absolutely ruled the roost,” notes Gopnik. “But at any moment like that, there are always people rebelling. So it’s also the moment where there’s a really strong push back to representation. And Warhol arrives at that hinge moment.” The question of the day was what kind of representation would dominate? “You could say that Warhol realized the answer to that question lay with [Marcel] Duchamp,” one of the founders of conceptual art whose famous Fountain, a urinal turned upside down and signed “R. Mutt 1917,” was an icon of 20th-century art. For Warhol, Gopnik continues, “the answer to the desire for representation was to appropriate things rather than render them in a new style.” From Duchamp to Warhol, artists had tried out new ways and new styles of representing things, “but Warhol decided it was better to simply steal things from popular culture.” Duchamp had that idea, Gopnik says, but “Warhol takes it into a whole new place—there’s content to his work, as well as commentary on class, queerness and consumerism.” What Warhol presented, from Campbell’s Soup to Marilyn Monroe, had real cultural force. “His subjects mattered, but at the same time they look as though they don’t matter.”

Poised as they are on a line strung between iconic and banal, those images mattered to a lot of people in the early ’60s—bright, colourful, fun and, above all, recognizable. The repeating series of Elvises et al. has forever after tied their creator to pop art, weirdly enough in Gopnik’s opinion, since “Warhol quit pop art and basically all painting by early 1965 and then, of course, had another 20-year career doing all sorts of interesting conceptual work that has nothing to do with pop art.” (He once vacuumed a gallery carpet and declared that a work of art.) When he was shot on June 3, 1968, many newspaper headlines—in the two days before he was driven from them by Robert Kennedy’s assassination—blared that a famous “underground filmmaker” had been attacked. (In popular memory, Warhol’s films don’t hold a candle to his silkscreen portraits, but critics like Gopnik beg to differ.)

For all his iconic status in pop culture three decades after his (second) death, it was as a conceptual artist that Warhol has proved so influential for the artists who have come after, “at least the equal of Picasso,” in Gopnik’s judgment. “Among art professionals, art historians, serious art critics, there are very few who wouldn’t see them as equally important in the history of 20th-century art.” That “at least” indicates a deliberately modest proposal by the critic: His own magnificently detailed Warhol, the continuously booming market for Warhol’s work and the thousands of scholarly articles that have appeared since his death all point higher. In terms of influence, Warhol probably has supplanted Picasso. The latter “made fabulous paintings and sculptures,” says Gopnik, “but Warhol completely changed the definition of art.” To do that and make a guest appearance on The Love Boat is a legacy unimaginable for anyone but Andy Warhol.

This article appears in print in the June 2020 issue of Maclean’s magazine with the headline, “The artist who eclipsed Picasso.” Subscribe to the monthly print magazine here.