Facebook's 'satire tag' is just the latest, saddest defanging of the comedic form, lowering the bar for all 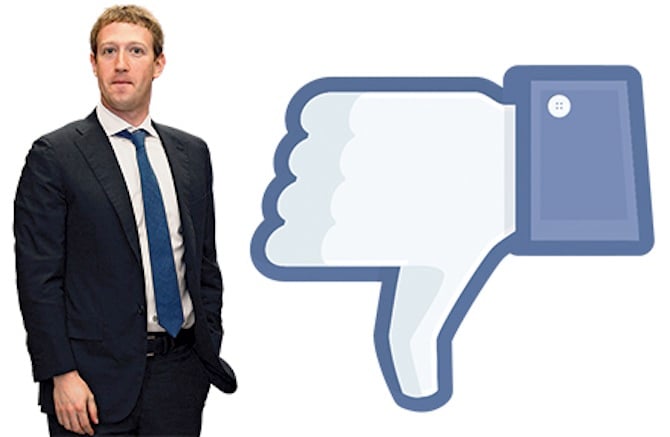 Update, Jan. 20: The Verge is reporting that Facebook will leave it to users to weed out hoax stories by allowing the Facebook community to flag them as false and give them lower distribution on timelines. “We’ve found from testing that people tend not to report satirical content intended to be humorous, or content that is clearly labeled as satire. This type of content should not be affected by this update.” We’ll see. The following story was published in August.

Apply even an ounce of critical thinking or common sense, and you’d quickly see that none of that can be true. And yet stories like this, on websites that fairly obviously produce parodic content (The Onion, “America’s Finest News Source”) or intentionally masquerade as news services (the staid-looking yet typo-riddled World News Daily Report), fool readers just about as often as they produce a chuckle. That latter story, in fact, was shared more than 300,000 times on Facebook, spurring a volume of comments that would make SEO experts at mainstream media outlets green with envy. “Looks real… and i hope it’s not… and if it’s real… i think it’s better not to be too curious and just exterminate it before it exterminates us,” wrote one. Another comments how we’ll all be hunting dinos soon enough, because this is the “New Obamacare.”

The thousands of shares it garnered weren’t intended to highlight the joke, because it featured illogic and misspellings. The joke, then, is on us, for not putting forward the very minimum amount of energy required to parse truth from fiction. We even see it in Canadian satire with our northern sensibilities, from The Beaverton and CBC’s This is That; our own friends trip over themselves on social media to excoriate the Conservatives for daring to call Trudeau a radical Islamist for eating a shawarma wrap, or to rage about Nova Scotia cancelling Grade 4. So it’s perhaps little surprise that the latest news is that Facebook has been testing a “satire tag”—a note that, while small and only targeting articles that appear under “related posts” when an unmarked satire is clicked, will alert Facebook readers ahead of time that a particular story is satirical and not true news. It’s the Internet’s fault, Facebook says, cluttering our feeds so that curation and distinguishing features are needed more than ever: “This [tag] is because we received feedback that people wanted a clearer way to distinguish satirical articles from others,” a Facebook spokesperson told the BBC.

“There is something hilarious, ridiculous, and sad in Facebook’s thinking it recognizes a need for something that signals to the dimwitted that the sender is being satirical,” said Gerald Lynch, a professor of English at the University of Ottawa who researches humour and satire in Canadian literature and has written a book about homegrown humourist Stephen Leacock. “The subtleties of irony and tone are lost on the tin-eared reader.”

That eye-rolling is the premise of the hilarious blog Literally Unbelievable, which showcases screen captures of Facebook dullards overreacting to very obvious mistruths. The reader’s responses—or at least some readers’ responses—are arguably an inherent part of the joke for sites like The Onion and the (less objectively funny) World Daily News Report. It highlights the fact that Facebook’s approach goes against the very essence of satire, which has long served to poke fun at the less-investigated habits of society. Lynch cites the French philosopher Henri Bergson’s 1901 book, Laughter, which argues that satire is social: it exists to “scorn extremes of behaviour, and to pull such behaviours back toward the centre, the norm, so that in Bergson’s view satire ultimately serves a normalizing function.”

Where once the Internet provided a rich field from which to mine, and the platform to push satire out to a wider audience, the Internet is beginning to coddle its users and instead defend against satire as if it’s bad. Digital fragmentation may be happening, and our attention spans may yet be shortening, but rather than rage against the dying of the light, we’re being cosseted into letting our own inadequate media literacy and distaste for deep dives become comfortable habit. Facebook’s new policy merely protects its users from the humiliation of their own decisions to not read closely enough. We made our bed, in this regard, but now the Internet is merely fluffing our pillows for us.

Our rush to click, skim, share and judge all hews, after all, to what we know about readership habits: people are increasingly only reading (and then sharing as gospel) things they agree with, even if a decreasing number of them read to the very end (according to research from the Poynter Institute and Jakob Nielsen, who says readers generally read only 20 per cent of an article). It’s how we find ourselves linking dinos to Obama—partisan vitriol can transcend the Paleozoic era, apparently—and how a Washington Post staffer can find himself believing Sarah Palin had agreed to be an al-Jazeera columnist—it smacks of credulity, and agrees with our perception of a person or narrative, and increasingly that’s enough to make it true and shareable. It’s not just consumers of news, either; journalists are just as at fault, from the Post to China’s newspaper of record falling for a claim that Kim Jong Un was named the world’s most attractive man.

Facebook’s decision marks yet another move to push satire, obviously much-needed in the face of our dwindling attentions, to the fringes; if this tag eradicates the potential for people falling for the trick, it relegates satire to TV cartoons like the oft-maligned Family Guy, said Lynch, “where the very genre helps us to keep it at arms’ length.” (Or worse: let’s not forget that The Simpsons, before it became the shell of itself it is today, was intended to be a skewering of the nuclear family.) The satire label may still not yet help everyone, especially those spoiling for a fight: The Colbert Report, one of the best-known sources of satirical excellence, came under Twitter fire recently from oversensitive skim-readers who misinterpreted a sketch about his support for the “Ching Chong Ding Dong Foundation for Sensitivity to Orientals or Whatever.” (Critics demanded Comedy Central cancel the show; Colbert, appropriately enough, replied snidely: “I just pray that no one tweets about the time I said that Rosa Parks was overrated, Hitler had some good ideas, or ran a cartoon during Black History Month showing President Obama teaming up with the Ku Klux Klan because, man, that sounds pretty bad out of context.”)

“If you don’t recognize the satire of an Onion piece, then you are indeed part of the target,” Lynch said. “But why do we have to be so hyper-sensitive? What’s wrong with being the butt of an Onion piece? It makes you more self-aware of your own foibles, your pretensions.”

It’s no coincidence that today’s lead story on The Onion is as follows: “Area Facebook user incredibly stupid.” It’s the rare instance where reality may out-satirize satire.