Céline Dion and the undeniable power of love

The Quebec singing sensation shot to incredible fame at a time when critics were praising edgy aloofness. Are we now finally strong enough to reckon with her theme of love? 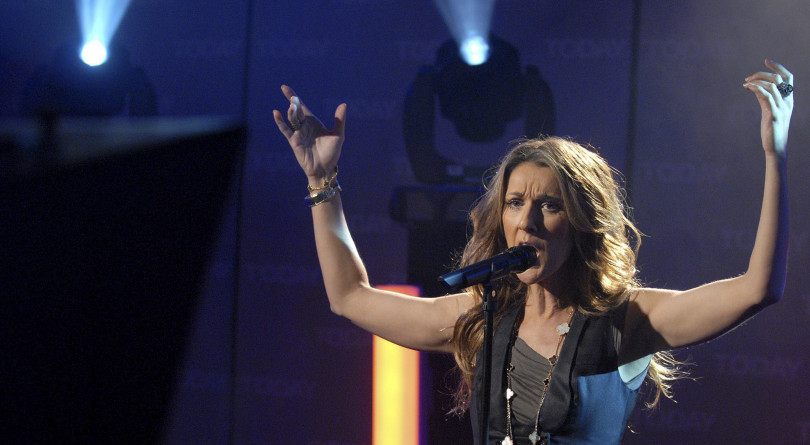 Andrea Warner is the author of the bestselling book Buffy Sainte-Marie: The Authorized Biography and We Oughta Know: How Four Women Ruled the ’90s and Changed Canadian Music. She identifies as a settler born and raised in Vancouver on what she acknowledges to be the unceded traditional territories of the Musqueam, Squamish and Tsleil-Waututh First Nations.

In the last episode of Phoebe Waller-Bridge’s television show, the brilliant and broken Fleabag, a character makes an incredible speech about love and how awful it is, but notes that it’s all any of us want. “Love isn’t something weak people do,” the character concludes. “Being a romantic takes a hell of a lot of hope.”

Hallelujah. After decades of caustic hilarity, ironic detachment and the mere presence of feelings as a gendered insult, pop culture is finally embracing emotional complexity instead of weaponizing it. This might be why the world is only now ready to fully recognize the brilliance of Céline Dion, and reckon with the fact that she’s been trying to make us all better people through her songs for almost 30 years.

READ: Céline Dion, and why it’s all working out for her now

Dion is about to perform the final show of Celine, her second Las Vegas residency on June 8, and then kick off a world tour. This is her time. No person in the world has lived the love-is-hope life with as much fiercely earnest vocal fireworks and chest-thumping commitment than Dion. This has been her truth since the beginning, but neither her earnest embrace of love nor her music have been given their due respect until now. In fact, more often than not in the first years of her English-language career, Dion’s consumptive sincerity made her a target for derision.

Dion released Unison, her English-language debut in 1990, and right away fans flocked to the new pop princess whose voice seemed snatched from heaven. Her first single, “Where Does My Heart Beat Now” was a full-body performance: toes flexed, sweat behind the ears, her voice like a tidal wave that refuses to break, holding the tension and loneliness and hope inside every rhetorical question.

Dion’s fans could not get enough, and they made her a chart-topping machine, from singles to albums to sold-out tours. Critics, on the other hand, did not fall under her spell. They tore her down and frowned at the absence of edge or personality in her songs. In 1992 Entertainment Weekly wrote “clearly she has more voice than heart,” and in 1993, the Chicago Tribune described her hits as “sickly sweet and by-the-books standards” and called Dion’s attempt at soul “fairly shallow, sort of a female Michael Bolton.” In 1997, the Los Angeles Times declared “Dion’s voice is a technical marvel, but her delivery lacks the personality and intuitive sense of drama that are a diva’s stock in trade.” These assessments read like bad satire now, since the only true thing we know in 2019 is that Céline Dion is the very definition of personality.

This constant policing of Dion’s emotive capacity reveals more about the critics themselves than Dion’s performance. Listening now, it seems like the “technical marvel” of her voice created a disconnect between her and her critics who mistook a “perfect” voice for an empty vessel. Every slam—”sickly sweet,” “shallow,” a “lack” of “personality”—is a kind of coded rejection of Dion’s primary preoccupation: love songs.

Many critics hated her style of music already, and some were definitely more interested in gatekeeping than challenging their own bias about what qualified as good or bad. Music was supposed to be cool. Dion was not cool, and pop culture in the 1990s and oughts was obsessed with edge, absurdity and wry wit. It couldn’t contain Dion’s endearingly dorky personality, and it dismissed her desire to sing about love and relationships. It also made no allowance for the French accent that resulted in Dion’s unique enunciation, or the fact that she was singing in English, her second language. Her relationship to the material was less about metaphor and more about the specificity of direct translation, exquisitely communicating the sentiment but phrasing lines with occasional awkwardness.

Listen to Dion’s nuanced command of her bombastic 1996 power ballad, “It’s All Coming Back to Me Now” and try to deny her brilliant articulation of pain and passion, the seemingly endless depths from which her voice draws its tender, hushed whispers and thunderous crescendos. No matter how one feels about the 1997 film Titanic, or the Irish penny whistle, Dion is one of the only voices that could elevate a song like “My Heart Will Go On” out of the sentimental stupidity of its lyrics and transform it into a soaring and wistful epic and a global hit.

A less self-assured person might have responded to the criticism by retreating from the spotlight, reinventing herself and her sound. Dion refused to doubt herself in public. She didn’t change her style for the critics or chase a coolness that was defined by anybody else. Dion was as devoid of irony then and she is today. She feels it all, without apology, and she makes it okay for the rest of us to do the same. In the space of Dion’s English-language career, we’ve finally arrived at a place in pop culture where wanting love is not a weakness but a strength, where love is hope. It’s a message Dion has been singing for almost 30 years, and it’s one we need now more than ever.