Teens are emotional over One Direction. Good.

Are teens overreacting to the departure of Zayn Malik from One Direction? Yes. Welcome to teens. 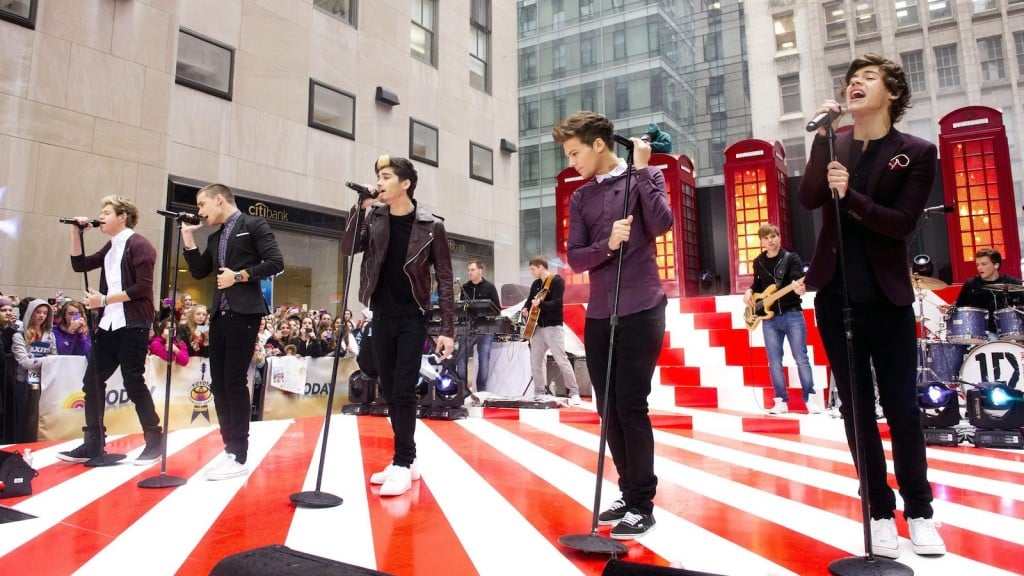 Update, Aug. 24: One Direction will reportedly go on hiatus in March, after their fifth album is released.

There were tears on the streets of London. Girls gathered, aimless and speechless, shocked at the news. There was dark muttering about what many believed: that a girl would dare tear this incredible best-selling British band apart. “You can’t let a woman do that to a man, can you,” shrieked one as she was interviewed by a TV reporter.

No, this isn’t the latest from the news that Zayn Malik, one of the four bestselling British boys (and one Irish boy) who have soared to unfathomable popularity as part of the boy-band One Direction, has left the group, allegedly over the stress involved in patching up a relationship with his girlfriend, Perrie Edwards (the band will continue to perform as a four-piece). No: this scene is from a video from 1970, interviewing Beatles fans outside Apple Studio when the band announced that they were breaking up.

Of course, this was a time unburdened by the new politics of social media and online shaming. So it’s a real shame, then, that many of the adults who endured the dissolution of one of history’s greatest bands, or, after them, N*Sync or the Spice Girls—or, even more fundamentally, who once were teens themselves—would feel nothing but scorn at the expected torrent of social media woe coming from One Direction’s millions of fans (One Direction is Twitter’s 25th most popular account, while its theoretical leader, Liam Payne, clocks in at #36.) As is its wont, social media burst into mocking retweets of teens’ capital-letter screeds about how this marked the end of their lives, lampooning photos of tear-puffed eyes. Websites took to curating galleries of “hilarious fan reactions” to Malik’s departure.

What a strange, special kind of hypocrisy.

A note, first, about One Direction: their success is indisputable. They sold more than six million albums in the U.S.; they notched four top 10 hits on the Hot 100 chart, with 19 charting in total; they grossed more than $290 million on touring alone last year. Whatever you say about their music—I, for one, believe What Makes You Beautiful is one of the best pop songs over the last decade—you can’t ignore how obscenely popular they are. But all that ignores the essential fact of this inexplicable hatred over these teenage moans: these are just teens, acting like teens.

Teens are, after all, a surprisingly new phenomenon in the first place. The reality is that the age group didn’t exist as a demographic until the creation of rock music, making their identity defined by being other—a contrast to their adults, the process of “individuation” that sociologists say is essential to growing up. Adults, with their believed know-it-all foresight, were the enemy. So teens would band around what they knew: crushes, music, movies, and the friends they made around those shared interests, in a world they still don’t quite fathom but is built to reward confidence.

So little wonder that this is how One Directioners would react; it’s always been how teens react to big changes. Whether it’s the Beatles or the Spice Girls or the Backstreet Boys or any other popular pop group before them, teens have been overreacting to ultimately minor matters for decades—we’ve just never before had palm-sized devices that let us broadcast this awkward stage in our emotions’ development for all the world to see. After all, no one was publishing teens’ journals in the ’60s—and thank God, because where would we be now? The rules have changed on how teens express themselves, and just because they’re more public doesn’t make them more laughable. If anything, it’s far braver than scribbling crushes and concerns in a diary with some doodled hearts, locked with a key you wear around your neck. And so criticizing this essentially modern response is just criticizing the essence of teenagedom, a special kind of hypocrisy from people who have gone through it before—but don’t have to live with the consequences of their odd, youthful fervour.

this is so dumb to get sad over, make fun of me all you want but zayn was a big part of my life the past 4 years and im upset about it

Indeed, @nicnarry: It really is as simple as that.

We rail against hipsters because of their detached irony; we lambast Millennials as a group because of their laziness and their willingness to complain. And yet here are teenagers, people who barely have a sense of self, clinging to the thing that devotes them to their tribe so strongly that they break into paroxysms of violent, visible emotion—and we mock them, too. So who are the real children here?

Maclean’s arts writers Adrian Lee, Julia De Laurentiis Johnson and Emma Teitel discussed the teen as pop-culture consumer on our weekly podcast, The Thrill. Subscribe for free now on iTunes or on Stitcher: