A fresh take on Emily Carr

A show that first opened in Europe, now aims to present a new way of seeing a national icon 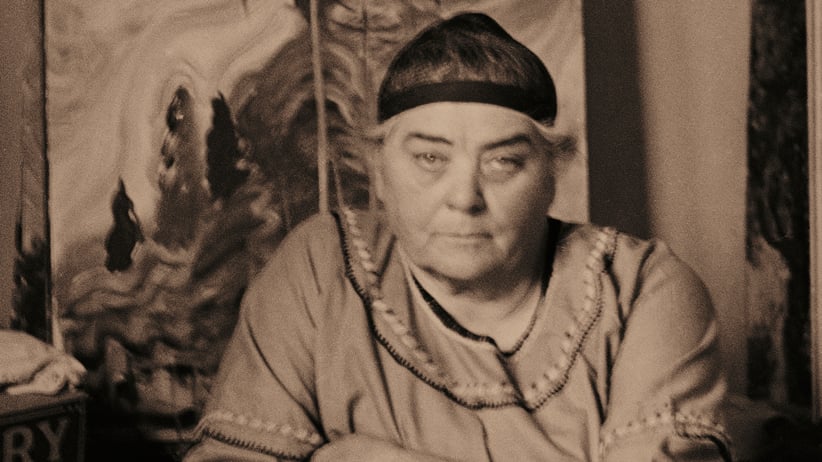 From the Forest to the Sea: Emily Carr in British Columbia runs at the Art Gallery of Ontario from April 11 to July 12. It’s a co-project between the AGO and London’s Dulwich Picture Gallery. Last year, Sara Angel discussed the exhibit as it opened in London.

London’s Dulwich Picture Gallery is renowned for shining the spotlight on artists who are unknown in England but famous in their native country. This was the motivation, in 2011, behind the museum’s blockbuster exhibition Painting Canada: Tom Thomson and the Group of Seven, which saw Brits lining up to take in North American wilderness scenes. Now it is the impetus for From the Forest to Sea: Emily Carr in British Columbia, a new show opening this week, which will give the Victoria-born artist her first major retrospective in Europe. Co-curated by the Dulwich’s director, Ian Dejardin, and the Toronto-based art critic Sarah Milroy, it’s a natural sequel: the Group of Seven and Carr worked concurrently, and their art often hangs in the same gallery vicinities. Then there’s the fact “the British are dotty about trees,” says Dejardin with a wink, referring to a key motif that made Carr a national icon.

Despite his jest, the show’s treatment of Carr is neither whimsical nor predictable, in part because its mandate was a considerable challenge: introducing an unknown artist to a British audience, but also—since the show will come to the Art Gallery of Ontario in April—offering a fresh take on a national hero. “We had to make her not strange to people for whom she is strange,” says Milroy, “and new for people for whom she is not new.”

To do this, From the Forest to Sea takes its cue from the thing that sets Carr apart from her domestic contemporaries. Whereas the Group of Seven focused on depicting the Canadian landscape with a distinct national style, “the brilliant and empathetic leap that Carr made was to make a connection to the land through the culture of people who were here first, at a time when few others recognized its importance,” says Milroy.

Born in 1871, Carr grew up surrounded by an indigenous culture that fuelled her artistic imagination and became the subject of much of her output. She visited Kwakiutl villages, the Queen Charlotte Islands, and the Skeena River, where, troubled by white cultural encroachment on indigenous lands, she documented the art of the Haida, Gitksan and Tsimshian. These travels inspired two great themes of her career, and the show’s dual focus—the distinctive landscape of the West Coast and the impact of Aboriginal cultures, which is represented in the exhibition by more than 40 northwest coast indigenous art objects.

Milroy and Dejardin discovered rich collections of these Aboriginal works housed in U.K. museums—artifacts amassed by European explorers (most famously Capt. Cook) as colonial trophies through the 1700s and 1800s. Though the migration of such pieces is fraught, they offer important insights that connect Carr’s art to “the incredible cultural patrimony being held in U.K. museums,” says Milroy, “works seldom seen, which help us to understand how those cultures were displaced.” 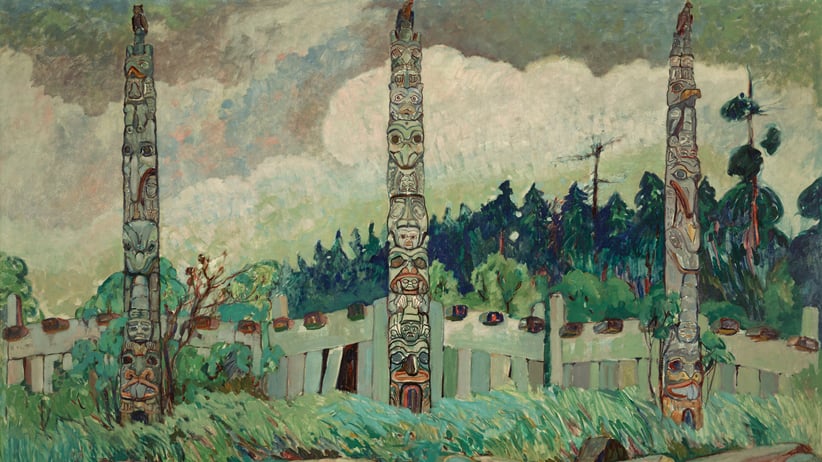 Ultimately From the Forest to Sea transports its viewers to a place far from London. In its first room, Carr’s most famous tree paintings are showcased against dark spruce-coloured walls, while in its centre sits a vitrine with indigenous artifacts used for feasting. Their voluptuous forms, set against Carr’s lush and fecund paintings, evoke a sensual boreal ambience. The show then moves chronologically through the artist’s career, exploring her constant drive to experiment with new materials and techniques (including her relatively unknown and near abstract oil-and-gasoline paintings created in the ’30s), her central influences (modernism and the Group of Seven), her personal travails (critical recognition eluded her for decades), and her commitment to try to understand indigenous culture (at times overstepping the limits of her expertise).

The final room, packed with Carr’s ocean and sky pictures, full of light and rapture, blazing like the summertime sun on the Pacific, is a fitting finale for an exhibition that highlights one woman’s attempt to situate her colonial-bred imagination in a new place. “When I look at her work I see someone who is yearning to understand her surroundings, to root herself,” says Milroy. “At the end of her life she gets pretty close to being there.”