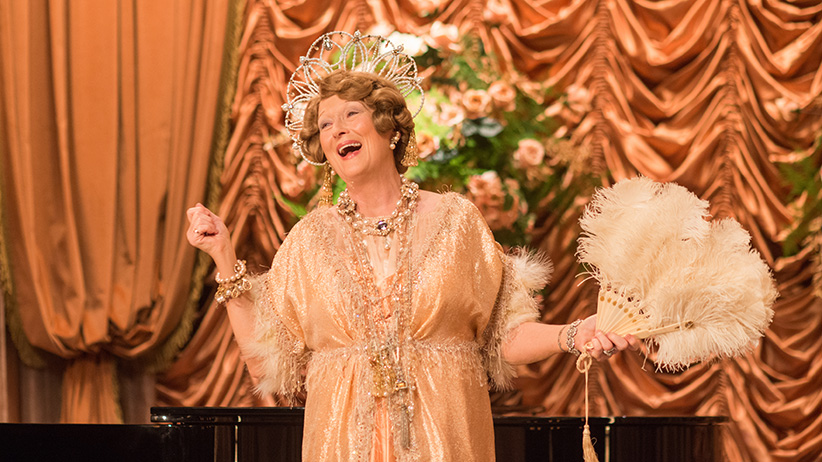 Sometimes it seems like people are more interested in the world’s worst opera singer than in any of the best ones. The new movie Florence Foster Jenkins, opening Aug. 12, stars Meryl Streep as the New York society woman who fancied herself an opera singer even though she couldn’t sing at all. Music fans have long enjoyed snickering at Jenkins’s handful of recordings, like an aria from Mozart’s The Magic Flute where every note is off-pitch. But that alone can’t explain how many people have been driven to tell her story: this new movie is just the latest in a whole Florence Foster Jenkins media industry.

So Florence Foster Jenkins will be followed later this year by a documentary about her life, made by a German company, 3B-Produktion: it has signed up real-life opera star Joyce DiDonato to portray Jenkins in re-creations. And the new movie was beaten into theatres by Marguerite, a fictionalized version of Jenkins’s life that relocated it from New York to Paris. This isn’t even the first time there have been competing Jenkins productions. In 2005, two different plays about her premiered, one on Broadway, the other in London. No matter where you are in the world, bad singing seems to be amusing.

The cult following for Jenkins has lasted much longer than we might expect for a novelty act. In her own lifetime, she went from performing for friends in private to a sold-out show at Carnegie Hall just before she died. After her death, “a few privately recorded 78s of her singing circulated among the camp cognoscenti in the ’40s and ’50s,” says classical record critic Conrad L. Osborne. Eventually a major record label, RCA, released an entire album of her work with the title The Glory (????) of the Human Voice, and a cover picture of her dressed in an angel costume. Her records have been consistently available, and consistently mocked, since then.

Some have seen the Jenkins cult as basically cruel, an excuse for us to laugh at a woman who didn’t realize people were laughing at her. “I do think there’s an element of cruelty in our response to her,” Osborne says. “It quickly becomes just sad, and the collusion of the audience—we’d call it ‘enabling’ these days—pretty distasteful.” Jenkins could be considered the forerunner of Rebecca Black, whose 2011 single Friday became famous as the world’s worst record, eventually driving her out of her high school. There’s always an appetite for making fun of people for the sin of not having talent.

But the Jenkins cult seems to go beyond simple mockery. The people who have told her story seem genuinely fond of her. The director of Florence Foster Jenkins, Stephen Frears (My Beautiful Laundrette), told the BBC that he finds her “ridiculous—and touching,” and his movie encourages us to root for her. Peter Quilter, whose play Glorious! was the more popular of the two 2005 plays about Jenkins, recently told the blog Pardon My French that he considers her life “a great story of triumph over adversity,” because “she was such a happy woman. She defied all her critics and soldiered on to pursue her dreams.”

Perhaps Jenkins is the music world’s version of another American cult hero, filmmaker Ed Wood (Plan 9 From Outer Space), who gained a following because of his determination to make movies, no matter how bad he was at making them. The 1994 biographical film Ed Wood celebrated him for being true to his vision even as it mocked him for not noticing that the work was terrible; the Jenkins biographies mostly have a similar point of view.

It helps that people like Wood or Jenkins are fun to watch, unlike the geniuses and towering figures whose stories are usually told on film. Those movies are about people who are better, smarter and more talented than we are. Florence Foster Jenkins is about someone who, like most of us, didn’t have enough talent to be what she wanted to be; we can root for her because she didn’t let that stop her. Osborne says one of the reasons for Jenkins’s fame is that “there’s an inevitable fascination with any demonstration of the outer bounds of self-delusion.” But we may also wish we could dare to be as self-deluded as she was.