For Leonard Cohen, a career retrospective unlike any other

A Montreal museum showcases new work from Canada and beyond, commissioned to honour the legend 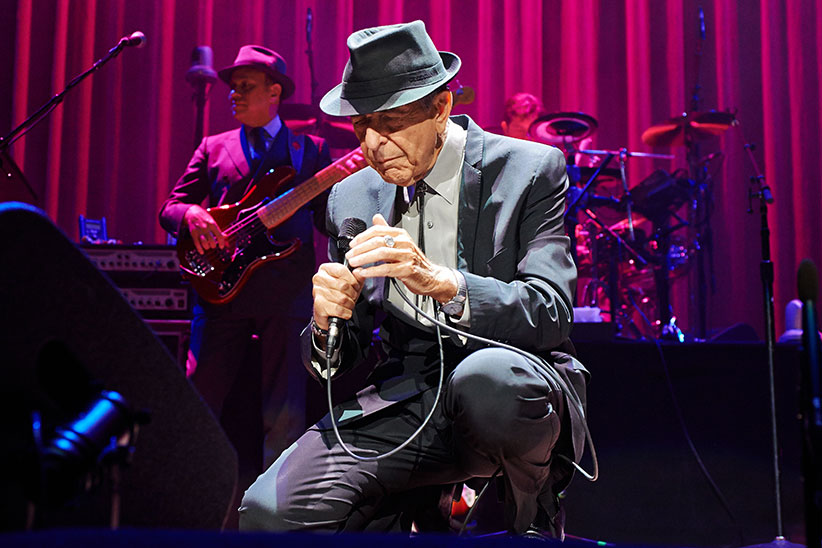 A hologram, an organ, and exquisite corpse poetry—all disparate works of art with two things in common. They were inspired by the late Leonard Cohen and created for a tribute exhibition to the iconic poet and musician at the Musée d’art contemporain de Montreal (MAC).

Starting Nov. 9, and running until Apr. 9, 2018, the museum will showcase newly commissioned works by over 40 artists, musicians and filmmakers, including several from Canada—a country with a firm purchase on Cohen’s legacy. While Cohen died a year ago, the exhibition was in the planning stages for a couple of years prior to his passing—but as was the wily poet’s way, he didn’t want it to be a standard lookback at a life.

“He approved of the idea, as long as it involved creation, not genuflection,” says exhibition co-curator John Zeppetelli, the director of MAC. “It’s not your typical retrospective.”

That becomes clear when visiting the Mile End studio of Daily tous les jours, a Montreal design studio preparing their piece for the exhibition. Known for crafting collective experiences in public spaces, their new piece doesn’t disappoint. It’s an octagonal “humming room,” seven metres in diameter and full of speakers, complete with a digital read-out announcing the number of people listening to “Hallelujah” online.

At the time of Maclean’s visit, it’s not quite working yet. But what is working is the humming choir of 400 unique voices, which make the floor vibrate. You don’t hear all 400 hummers at once, however; the number of voices is determined by the number of online listeners of what is perhaps Cohen’s most famous song.

“We want people to tap into the universal vibration to try to access the intangible emotional response so many people get from Leonard Cohen and his work,” says Mouna Andraos, the studio’s co-founder.

Just around the corner, at the apartment of the young choreographer Clara Furey, her piano is piled high with musical scores of songs from Field Commander Cohen, his 1979 live album, and “Famous Blue Raincoat” from Songs of Love and Hate. She breaks into a spontaneous recitation: “I’ve counted what I have; it’s not enough…”

Furey isn’t going to dance to one of Cohen’s songs. That would be too obvious, she says, and she doesn’t do narrative choreography. “It’s a conceptual performance art piece—more of a moving sculpture—inside what I’m calling a meditation room with an installation of a dead body made of lead by Marc Quinn,” says Furey. Back in 1985, her parents, actor Carole Laure and composer Lewis Furey, worked with Cohen on Night Magic, a musical film, but Clara staked out her own relationship with Cohen’s work.

“I’m taking my inspiration from a Cohen poem called ‘When Even The.’ It’s full of unfinished sentences, like the title,” she says. “My brother Tomas is writing the electro ambient music and I will co-habitate the space with the corpse, moving in solidarity with the words.” 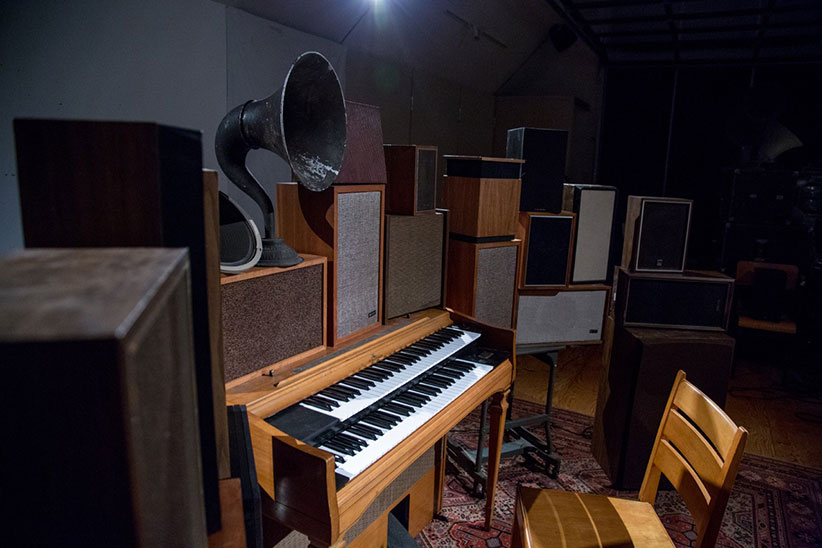 Out in the Okanagan Valley, creative duo Janet Cardiff and George Miller are finishing their contribution to the exhibition. It’s a recycled Wurlitzer organ sitting on a Persian carpet, surrounded by dozens of speakers. It was retrofitted with extra keys and wired to a computer program written by Miller.

“Each of the 122 keys in the organ triggers a poem read aloud by Cohen from The Book of Longing,” explains Cardiff, who compares the experience to exquisite corpse poetry because you can push another key and run together fragments of other poems.

“The recording is so charming because you can hear planes overhead and cars going by,” says Cardiff. “He even reads the dedication to Irving Layton and he even says the page numbers— ‘page 42’.”

Returning home to Montreal after a string of commitments abroad, the Sanchez brothers are knuckling down to put the finishing touches on their piece for the exhibition. A long time in the making, it’s a holographic video projection, appearing in ghostly three-dimensional form.

It was inspired by one of last photographs of Leonard Cohen, taken by his friend and ex-lover Dominique Issermann—the godmother of co-exhibitor Clara Furey. It was shot from within his house, looking out of a window at Leonard as he sits on the veranda in Los Angeles.

“We were moved by it and decided to create an installation that would allow viewers to experience that moment as though they too were in the room with the photographer,” says Jason Sanchez.

To do that, they filmed an actor in studio and digitally replaced his face with that of Cohen’s.

“He will sit for a while with his back to us. But for a moment, he will turn around to connect with the viewers. We won’t play any music, but we have ambient sound recorded in front of his actual house.”

In addition to the Canadian artists asked to participate, there will be a roster of well-known international names, such as Jenny Holzer, Moby, The National, and Chicago-based conceptual artist Michael Rakowitz. “I bought Leonard Cohen’s olive green Olivetti Lettera typewriter from a collector in Berlin back in 2013 and wrote Leonard a letter on that machine. They’re both in the show,” says Rakowitz, who learned to play the flamenco guitar for his piece: a film of a recreated Cohen concert in Ramallah that never happened.

“He’s so popular in places like Lebanon, Palestine and Iran,” says Rakowitz. “Cohen’s their Khalil Gibran of North American poetry.”