The dichotomy of Frank Sinatra was key to his mystique, and his resonance today 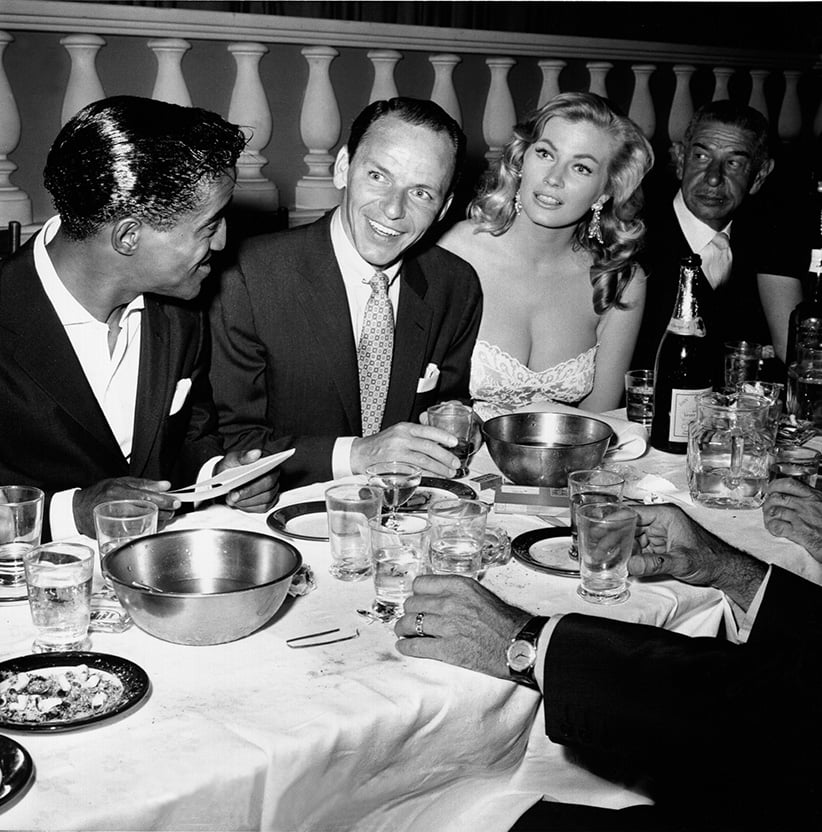 Among giants of arts and entertainment, it’s been a banner year for centennials. Orson Welles, Billie Holiday, Arthur Miller, Ingrid Bergman, Edith Piaf and Les Paul all were born in 1915. Each has had a modicum of attention, but nothing compared to the tsunami of celebratory activity surrounding fellow centenarian Frank Sinatra. In anticipation of his birthday, Dec. 12, the hoopla has included a sterling four-hour HBO documentary; an all-star, primetime Grammy salute, to be broadcast Dec. 6 at 9 p.m.; assorted tribute albums and reissues of his work; a handsome box set of previously unissued radio recordings; and nine new books, among them a limited-edition, family-crafted paean, signed by all three of Sinatra’s children, that retails for $1,500.

Sinatra’s musical lineage extends directly to his friend Tony Bennett, pre-eminent among the Grammy special’s headliners, and further, to Harry Connick Jr. and Jamie Cullum. But his influence is felt far wider, with such disparate acolytes as Bono and John Legend acknowledging considerable debt to the master. And Bob Dylan recently paid homage with his own Sinatra tribute album, Shadows In the Night.

Why, when so many of the contemporaries who rivalled his wattage—Nat King Cole, Peggy Lee, Sarah Vaughan, his long-time “pally” Dean Martin—have faded so considerably, does Sinatra endure? An essential clue is buried in an oft-cited (and, as author James Kaplan reveals, ghostwritten) essay for Playboy in 1963, in which Sinatra brands himself an “18-karat manic-depressive.” Such duality, life lived at the highest highs and lowest lows, deﬁnes key aspects of his outsized, imperishable mystique. Even his career splits in two: his remarkable rise through the late 1930s and 1940s, singing with the Harry James and Tommy Dorsey orchestras, then solo superstardom; his tumble to near oblivion in the early ’50s; followed by what The Atlantic aptly described as “the most spectacular second act in American cultural history.”

All of this is explored brilliantly in Kaplan’s The Chairman, a companion to his biography The Voice, the two volumes totalling 1,600 pages. Though Sinatra has been the subject of more than 50 books, ranging from soft filial memoirs to knives-drawn butcheries, Kaplan’s opus is the definitive portrait. The project took a decade to complete. Speaking to Maclean’s from his Westchester, N.Y., home, Kaplan says, across all those years of Sinatra focus, “I’ve never gotten bored with him. I’ve disliked him. He was a genius at a number of things, including being dislikeable.”

“The dualities were sharp and intense,” says Kaplan. Sinatra revered women yet often treated them like chattel or worse. A man who honoured family above all else, he was a largely absentee father. He craved class and sophistication and was chummy with Kennedys and kings, yet persisted in speaking and behaving like the thugs he also courted. Generous to a fault, lavish with gifts and selflessly philanthropic, he was capable of fierce cruelty. Though a gifted actor, as demonstrated in The Man with the Golden Arm, The Manchurian Candidate and his Oscar-winning turn in From Here to Eternity, filmmaking so bored and exasperated him that he earned the nickname “one-take Charlie.”

Sinatra’s dichotomous nature plays out most profoundly in his music. It is the key to his timelessness. “He was the ultimate vulnerable tough guy,” say Tim Tamashiro, host of CBC Radio 2’s show Tonic. “He was rough on the outside but also demonstrated all colours of emotions.” Only Sinatra could so convincingly embody the ring-a-ding-ding playboy of Come Fly with Me and the near-suicidal romantic outcast of In the Wee Small Hours of the Morning. (Of course, partnerships with exemplary arrangers, like Nelson Riddle, didn’t hurt.) More than any other singer, says Kaplan, “he had this miraculous [ability] to make you feel as though he was having these thoughts and feeling these feelings in the moment he was singing them. He was the greatest interpretive musician of all time.”

As Dylan noted in his memoir, “I could hear everything in his voice—death, God and the universe, everything.”