Making it Shakespeare's perfect play for the 21st century 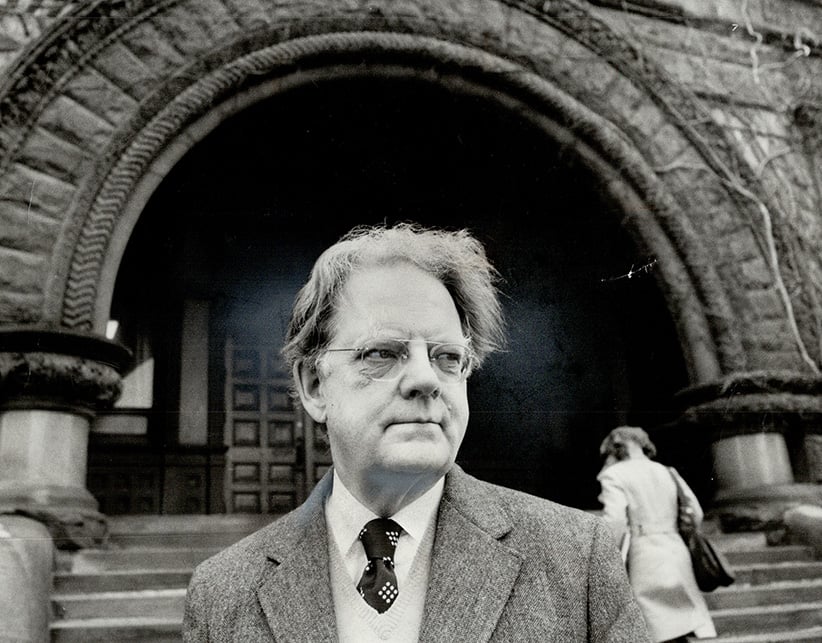 One morning about three decades ago, as I slid into my usual seat in a big University of Toronto lecture hall, just one of about 300 undergrads packing Northrop Frye’s famous second-year Shakespeare course, I noticed that an unfamiliar, slightly superior-looking group had taken over the back row.

I asked around and found out they were Ph.D. and M.A. students who had caught wind of Frye’s intention to try out some new ideas that day about Antony and Cleopatra. After the great critic took his customary sip of water and began talking, I glanced back and the interlopers were furrowing their brows and scribbling a lot of notes.

It made the lecture even more exciting than usual. Of course, I didn’t know nearly enough to pick out any new Frye material. I’m pretty sure I leaned forward, though, when he began making his case for Antony and Cleopatra as the Shakespeare play most likely to feel essential in the 21st century, the way Hamlet had seemed most central in the 19th and King Lear most urgent in the 20th.

Fortunately, I don’t have to rely on memory alone to know what he said that day; his lectures from that early 1980s period were taped, transcribed, edited, and published as Northrop Frye on Shakespeare in 1986, five years before he died. I reread that priceless record as we approach, this April 23, the 400th anniversary of Shakespeare’s death.

Back in the early 1980s, Frye saw an era dawning that reminded him of Antony and Cleopatra. In the play, the Roman Empire sprawls into the Middle East; it’s nothing like the contained atmosphere audiences sense in Shakespeare’s English history plays. “We’re not in a closely knit kingdom anymore,” Frye said. “There’s only one world, so there’s no patriotism, only more or less loyalty to competing leaders.”

The shared currency of this boundless world is what we might now call data or content. “There are any number of messengers in the play, and the air is thick with information and news,” Frye observed, “but nothing seems to be getting communicated, although when something does happen it affects the whole world at once.”

Sound familiar? Remember, he made this observation about the play—and, by inference, about our times—long before advent of the Internet and our adoption of “globalization” as the catch-all label for anything important going on anywhere.

The 400th anniversary of Shakespeare’s death is prompting tributes and celebrations, books and performances. They are all expressions of astonishment at the almost unbelievable output of a single poet and playwright. But, thinking back on Frye’s Antony and Cleopatra lecture, I’m struck less by Shakespeare’s own achievement than by the insights his plays reliably spark in others.

Of course, all top-flight imaginative literature makes us think. But the best writing often pulls us deep into an author’s particular universe. It’s often hard to detach the invention from the writer’s era and real-life experiences. Sometimes the art carries the burden of dogma. You need to give yourself over to all those elements to get the full experience.

Shakespeare isn’t like that. He offers up worlds ranging from giddily fanciful to grittily realistic. His plays have proven endlessly adaptable to interpretations that reflect the preoccupations of any time or place. They are the opposite of ideological. In other words, they give themselves over to you, rather than the other way around.

Mull over a Shakespeare play and you’re soon thinking differently about whatever is really on your mind. If you’re a genius like Frye, your thoughts might illuminate the next century. In Antony and Cleopatra, he didn’t just see a world full of messages. He also suspected that in an information age, no utterance would be truly private. So Cleopatra “never soliloquizes; she talks to herself occasionally, but someone else is always listening and she always knows it.” Again, it sounds unsettlingly familiar.

I wonder if this was the sort of stuff those grad students in the back row found most interesting about Frye’s lecture that day. They must have caught nuances and details the rest of us missed—serious study pays off that way. Still, Frye was expounding on Shakespeare, and for four centuries now, Shakespeare has refused to pass from being our common property to become the private reserve of scholars.

I don’t remember what we undergrads were talking about as we left the hall. I’d like to think we were buzzing, if not about Antony and Cleopatra, then about Frye’s speculations on the new century then bearing down on us. Or maybe it was both, since with Shakespeare, it’s hard to be sure when talking about the play ends and talking about the world begins.