Back on Broadway: A creepy, pervy...family classic?

How 'Gigi,' a story of a girl becoming the mistress of a dirty old man, became a classic musical—and an improbable remake 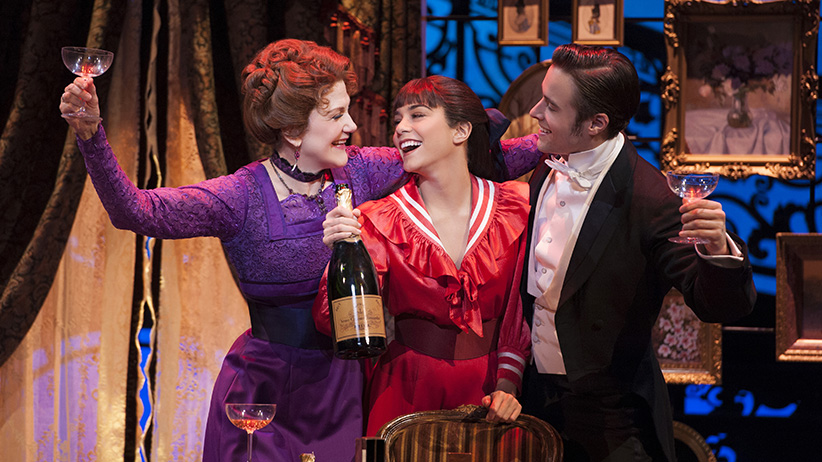 Update (Jun. 9, 2015): After bad reviews and worse box office returns, Gigi will end its Broadway run early, after about 100 performances.

Is Gigi the most disturbing family musical ever made? A new Broadway adaptation of the 1958 film is aimed at fans of wholesome entertainment for all ages. The title role, of a young Parisienne coming of age in 1900, is played by Vanessa Hudgens, star of the teen favourite High School Musical, and the promotional campaign is built around the beautiful fashions she wears. But the actual plot is about Gigi finding out she has been raised to go into the family business as a high-priced courtesan. Her aunt practically sells her to the hero, complete with a contract specifying the terms for becoming his mistress. “The whole movie comes across as a leering sexual predator’s dream,” says Andrew Parker, a Toronto-based film critic. “Every woman is a gold digger, every man an irredeemable lout or buffoon.”

Not that any of that stopped the original movie from becoming a classic. Adapted by Alan Jay Lerner and Frederick Loewe (My Fair Lady) from a novella by the French writer Colette, it won the Academy Award for Best Picture. But there’s been a backlash against the idea of a beloved musical about what amounts, from today’s point of view, to teenaged prostitution. Filmmaker magazine’s managing editor, Vadim Rizov, called it “incredibly sexist and kind of hateful” on Twitter. And in an ambitious list last year that ranked every winner of the film industry’s biggest prize, Kate Aurthur, a Buzzfeed editor, placed Gigi dead last, calling it “the creepiest, most pedophiliac movie ever to win Best Picture.”

It doesn’t help that the movie starts with its most infamous moment: The first song is Thank Heaven for Little Girls, where the hero’s lecherous old uncle Honore celebrates how quickly girls grow up into women. Heidi Thomas, who wrote the new adaptation, told Playbill that while she heard nothing untoward about the song when she was a child, she found that many people hate it: “I was shocked at how deep-seated that reaction was.”

This kind of criticism may have affected the marketability of Gigi, particularly when it comes to stage adaptations. Lerner and Loewe wrote new songs for a Broadway version in the 1970s, but it had a short run, and no one has tried to give it a major revival since the 1980s. Jenna Segal, the producer of the new show, told the Washington Post that the Lerner and Loewe estates gave her a free hand in adapting the film, because “they understood it was falling into obscurity.”

To save Gigi from that fate, Thomas and Segal have tried to deal directly with the things people have found upsetting about the movie. In Colette’s story, Gigi is 15 and the hero is a much older, dissipated bachelor; in Thomas’s rewrite, they’re closer to the same age, and were friends as children. And Thank Heaven for Little Girls has been taken away from the dirty old man and reassigned to Gigi’s grandmother and aunt.

But that may not change what some viewers find off-putting about the movie: that with director Vincente Minnelli’s lavish use of colour and Parisian scenery, it treats the whole story as glamorous, even a scene where the hero’s ex-mistress takes poison. “The sexual politics in the film are positively revolting, but even that would have been fine, if the film didn’t posture itself as a feel-good spectacle,” Parker says. “It needs a true pervert to make it work, not someone who sees it as an extravaganza.”

Even now, not everyone reads the story’s sexual politics that way. Farran Nehme, who writes the film blog Self-Styled Siren, points out that Gigi is a movie “in which love trumps lust and avarice,” and that people who want the movie to be darker are taking “the fashionable idea that a darkly cynical view of life is the only valid one and, therefore, even a Technicolor musical with songs about Paris and champagne has to be pulled apart until it yields up its depraved heart.”

Which means that if you go to Gigi without cynicism, a tuneful, romantic take on this story might still be possible—even a family-friendly one. One theatre blogger who saw the show’s pre-Broadway tryout noted that “there were a lot of mothers with their little girls at the show.” The name of the blog? Theatre Pimp. It seems appropriate.