Newsmakers of the Year: Gord Downie's farewell for the ages 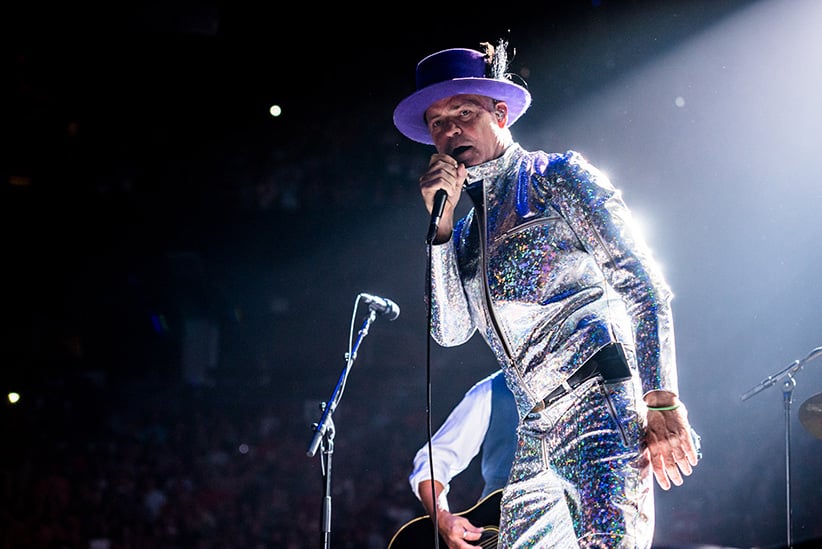 Our annual Newsmakers issue highlights the year’s highlights, lowlights, major moments and most important people. Read our Newsmakers 2016 stories here, and read on to see why Gord Downie made the list as one of our seven Newsmakers of the Year.

What good is a poet if they don’t teach you something about death?

Leonard Cohen wrote and sang about morbid matters for decades before he left us at age 82, still labouring on material that rivalled his best work, and a new album that declared You Want It Darker. Talking to Maclean’s about it, Cohen had said he was at the point in his life where “you know that all your activities are subject to abrupt cancellation.”

Gord Downie, who has a terminal cancer diagnosis but is still very much alive, did not dwell on death in his rich body of work in three decades with the Tragically Hip or as a solo artist. Yet in 2016 he made a nation face mortality in ways unprecedented in popular culture. Twenty years ago, an ailing Johnny Cash retreated from the stage but recorded as much as possible, tying a bow on his legacy. Other entertainers, like Michael J. Fox, continue to perform after crippling diagnoses—but not fatal ones with a ticking time bomb. This year, David Bowie kept his cancer a secret and died days after releasing his best album in decades. Prince died from opioids he used to treat crippling pain, mere weeks after audiences were wowed by a solo piano tour.

Downie, in an exceedingly generous act, chose to go public and invite us all to a wake. It’s a coincidence that he, like Bowie, was about to release his strongest record in years, the Tragically Hip’s Man Machine Poem. Having done that, it would have been easy—not to mention completely understandable—to retreat and, to cite the old poet’s cliché, go gently into that good night. Instead, he rallied his band of brothers and hit the road, travelling from B.C. to Ontario, wearing a fantastically ridiculous outfit and thrilling mass audiences for what was more than likely the last time, culminating in a hometown show televised nationally. More than one-third of the Canadian population—few of whom have been untouched by the scourge of cancer in their personal lives, many of whom might not even have been fans of the Tragically Hip— tuned in to see Downie kick his disease in the ass, to declare that death could not deny us the joy of celebration, the power of community, the pride of our accomplishments.

I want you to enchant my days

So what’s today’s answer then?

Resistance of another sort was on Downie’s mind. While he had the nation’s rapt attention on stage at that final Hip show, he addressed Canada’s collective neglect of our North and Indigenous people. It’s unusual for Canada’s most popular rock or pop stars to make bold political statements; when they do, it’s rare the impact survives a daily news cycle. Downie’s declaration was decidedly different, and his dedication continued with the Secret Path project, a solo album, graphic novel and short film that turned a national shame—the long history abuse at Indigenous residential schools—into a ubiquitous topic in ways that even the enormity of the Truth and Reconciliation Commission report could not do.

One can lament the fact that Canadians need a white rock star to wake them up, or one can celebrate that Downie decided to do it with such class and genuine engagement. Dancing at death’s door facilitates myriad teachable moments, to say the least. Downie, a man whose immense curiosity has driven his unique poetry, is squeezing every last drop from what he once called “the dance and its disappearance,” a lyric he borrowed from choreographer Crystal Pite.

“Do I make you scared?” Downie sang that August night they shot a movie in his hometown. “That’s kinda what I do . . . It’s been a pleasure doing business with you.”