Have we hit peak music festival?

A summer music festival bubble does exist. And you should stand back: it’s about to burst. 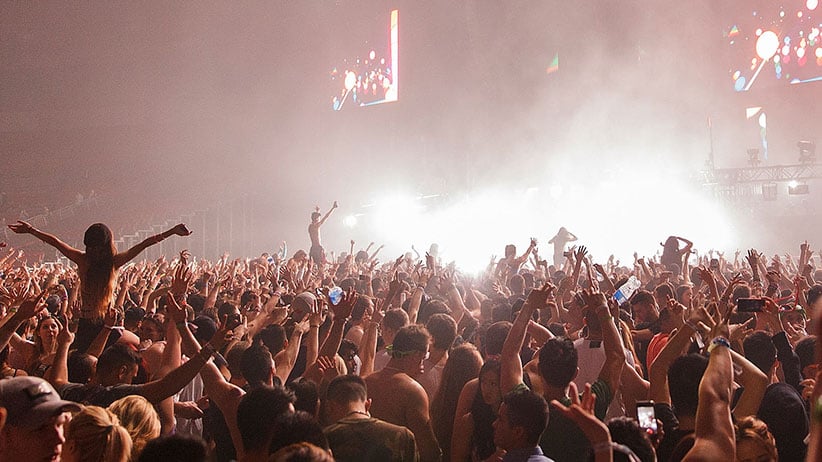 Muskoka Sound was supposed to make Huntsville, Ont., a music mecca. The inaugural three-day festival, held last September, boasted an idyllic locale, community support, experienced organizers (its co-founder, Andy McLean, helped start Toronto’s North By Northeast) and a solid selection of Canadian talent: Serena Ryder, Walk Off the Earth and Shad. But the weekend of the fest was windy, wet and one of the coldest on record. Only 6,000 concertgoers attended, and the festival lost nearly $65,000—a manageable first-year blow in McLean’s mind, given the appetite among artists and fans for a follow-up in 2015.

Then two new festivals entered the equation: the nearby mega-fest WayHome, programmed by the company behind Tennessee’s Bonnaroo festival and headlined by Sam Smith and Kendrick Lamar, and a since-cancelled event by the local airport that was eyeing Kings of Leon and Red Hot Chili Peppers. McLean had no choice but to call off this summer’s Sound. “With our little festival and the deep pockets of the other two,” he says, “it was the only sensible business decision that I could make.”

In Canada’s increasingly crowded music landscape, other fests may soon face the same dilemma. Last year, southern Ontario was home to roughly 20 major festivals, and this summer will see even more: alongside WayHome, U.K. indie-electro export Bestival will bring Florence and the Machine and Nas to Toronto, and rumours of a local Lollapalooza offshoot have been swirling for years. B.C. boasts another dozen or more blockbuster fests of its own (including Squamish Valley and Pemberton), and Quebec—home of Osheaga, Amnesia Rockfest, Festival d’été de Québec and more—are not lacking options either.

More music festivals might seem like a fan’s fantasy, but the saturation drives up artists’ booking fees—headliners now regularly fetch $1 million a pop—and ticket prices with them. With more and more festivals competing for a limited pool of artists and audiences, some festivals will die a slow death of mediocre lineups and half-capacity crowds. In other words, there’s a music fest bubble, and it’s about to burst.

“This isn’t just happening in Ontario and the west,” says Victoria organizer Nick Blasko, who notes it’s becoming harder to book acts for his Vancouver Island fests, Rifflandia and Rock the Shores. “On any given weekend, from the spring until the fall, there are five other events going on around the world. I don’t know if it’s sustainable.”

Not only do organizers like Blasko need to outbid other fests for talent, they also have to work around much-maligned radius clauses, festival-imposed exclusivity rules that prevent artists playing one fest from performing in the same market for weeks or months before or after. If St. Vincent is booked for WayHome in July, for example, she can’t play Field Trip, a three-year-old Toronto music fest, in June.

“Certainly, these things have a breaking point, and we may see that this year or next,” says Jeffrey Remedios, founder of Field Trip and of Arts & Crafts, the influential indie label behind it. For one, music festivals—a seemingly perfect antidote to flagging record sales—don’t actually make much financial sense: “It’s incredibly risky, a lot of up-front investment and very few guarantees.” And, with only so much disposable income, music fans can’t attend them all. “But I like how Pitchfork Festival and Lollapalooza harmoniously coexist [in Chicago]. Both sold out, and it helps steel my nerves.”

Jeff Cohen, founder of Toronto Urban Roots Festival, will dodge high-festival season by pushing his folk fest back to September this year to avoid competing against the Pan Am Games, which, he jokes, would be “like booking Wilco against the Super Bowl.” A few fests are bound to bite the dust, he says, but ones that find a niche to differentiate themselves will survive. “Clearly, they’re not all going to last five years,” he says. But, done right, “there’s room for more.”

McLean isn’t going to be the one to test that theory. He’ll decide later this year whether Muskoka Sound makes a comeback in 2016. For now, “my blood pressure is low,” he quips. “I’m very calm not doing it this year.” Music fans will just have to make do.