House music, via Taylor Swift: An 'other' voice for our post-Idol era 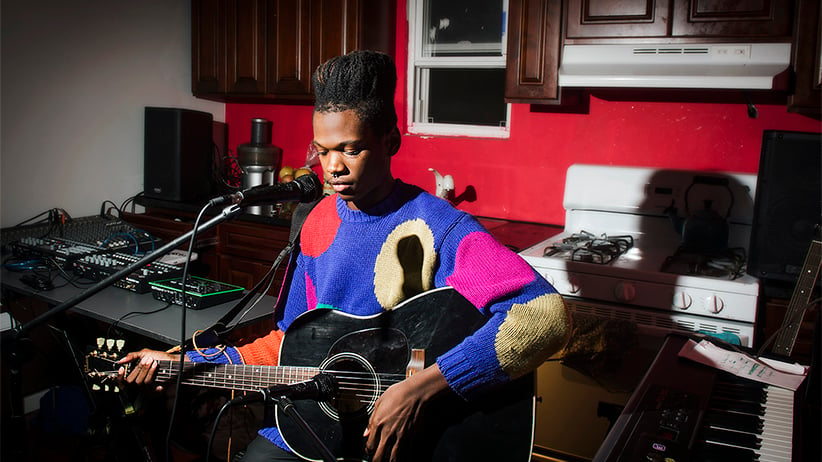 American Idol, the cultural juggernaut that defined American pop music in the last 13 years, announced last week that it’s finally calling it a day. The Darwinian popularity contest had asserted that conformity is the surest path to success—even though most people would be hard pressed to name more than five Idol grads. Great singers, it turns out, are a dime a dozen. Otherness will set a singer apart from the pack.

Shamir Bailey knows what it is to be “other”—it’s why, with the release this month of his debut, Ratchet, he’s likely to be the next small-i American idol. Shamir (professionally, he’s on a first-name basis only) has been tipped as the breakthrough artist of 2015, ever since his bouncy electro-pop single On the Regular appeared last December with a playful, colourful video—now with more than one million views on YouTube—and featured a goofy, gender-ambiguous figure rapping: “When everyone is minus / you can call me multiply / Just so you know / yes, yes, I’m a guy.”

The 20-year-old grew up in Las Vegas—a town not known for nurturing new homegrown talent. He was a young black kid with a naturally high voice who played guitar and wanted to make country music like Brad Paisley and Taylor Swift. He was raised by a young single mom and her twin sister, whose musician friends would often hang around. Shamir’s unusually mature musical taste drew him to Nina Simone—another voice that defies gender classification—but he wasn’t just listening to the breezy My Baby Just Cares For Me. At age 7, his favourite Simone track was Pirate Jenny—the creepy Bertolt Brecht and Kurt Weill song about a homicidal hotel worker. (Maybe it’s a Vegas thing.)

“When I was in high school I wanted to join a men’s choir,” Shamir tells Maclean’s. “The choir teacher was really, really horrible. He was convinced I was singing in a falsetto the whole time, and forced me to sing in a low register. I do have a low register, but it’s so, so weak, and it’s hard for me to project. But I did it for a week, and I completely lost my voice. It was so scary. So I thought, ‘Okay, forget him, he obviously doesn’t know what he’s talking about, I’m going to sing in a way that’s comfortable for me.’ ”

Shamir started making house music even though he’d never heard house music; he thought all electronic music was the schlock he heard on the Vegas strip. His producer in New York pointed out the lineage. “I feel like I’m doing something very old and with a throwback feel,” says Shamir. “But what makes it new is the fact that I don’t listen to this type of music.” His current musical taste veers toward Canadians, actually: Mac DeMarco, Alvvays, Tegan and Sara, Austra and Nashville-via-Toronto country singer Lindi Ortega (he covered Ortega on his first EP).

That omnivorous spirit is a product of Shamir’s confidence and curiosity, and of his generation—one that came of age with access to everything. The boy who grew up in the era of American Idol loving Nina Simone, Taylor Swift and punk rock and wound up making house music says, “A lot of people’s problem with wanting to conform is they conform so they can fit in and have company. I’m an introvert. I’ve never had a fear of not having friends. I don’t care!”