How to go on, after Leonard Cohen

Shaughnessy Bishop-Stall on a week—a year—that has sapped so many, and how losing Leonard Cohen urges us to stay strong 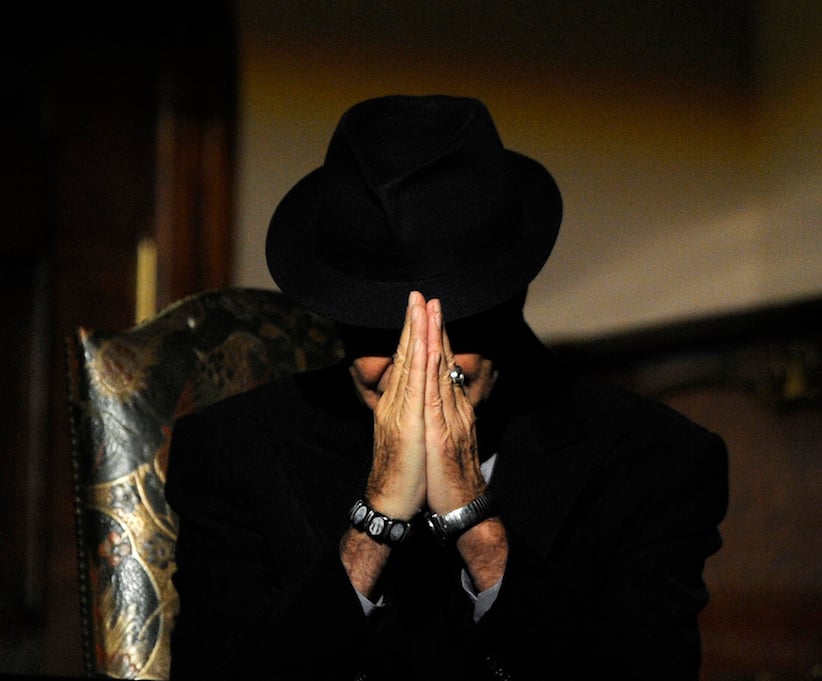 Twenty-three years ago I was a drifter, steering a midnight blue 1974 Chevy Nova across the United States. At some point I turned onto the main street of downtown Minneapolis, and there on the giant marquee of an ancient concert hall were the words: “Leonard Cohen, One Night Only!”

The one night was two days away, and because most people go to concerts with other people, there were a few single tickets left. I bought one in the centre of the first row for something like $15, then got down to the business of hiding out in Minneapolis.

I didn’t do a good enough job of it, apparently, as I was hauled in for vagrancy that night; city cops don’t like people sleeping in cars. I told them I was just waiting around to see Leonard, and then I’d be gone. They sort of shrugged, took some notes and let me go the next morning—along with a straggly, hapless dude named Jigger, with whom I’d shared quarters. He was more Lynyrd Skynyrd than Leonard Cohen and, like the cops, had never heard of the man. But he was happy to take a listen.

So we located my car, put New Skin For the Old Ceremony into the tape deck and burned our way out of downtown. I sang along:

We spent that evening in Jigger’s trailer, drinking moonshine and malt liquor. Pretty much everything I owned was in the trunk of my car, so I was able to play him every Cohen album to date. The Future had just come out and I watched as it blew Jigger’s mind. When two of his friends from the trailer park came by to smoke crack with him, he played it for them, over and over.

“How does a human being even make something like this?” he asked through the wisps of metallic smoke.

MORE: Share your memories of life and Leonard Cohen

The next day I dug a box out of a corner of my trunk and put on the only suit I owned: it was a deep wine-coloured burgundy with the same celestial sparkle and weathered kind of shine as the paint on my Chevy Nova. I’d bought it for my high-school graduation just a year before and now I put it on, and tied the tie, and used water from a bucket behind the trailer to brush and part my Irish Jewish hair. Big dogs on chains were barking all around. It felt like getting ready for an old ceremony.

Jigger and I drove through twilight, back into the city, and down the main street to the concert hall. The only single seats left were in the balcony, so he went up there, and I walked slowly down, toward the stage.

I was just 19 years old then, but had already been studying the lessons of Leonard for a long time: his obsession with the wild swings of human experience, no matter how lofty or depraved, traumatic or transcendental; his supplication—even more than all that longing for women—to womankind itself; his willingness to get right down into the dirt and wrestle with demons; his brave and subversive heart, which bled deeply through the sleeves of fine shirts with French cuffs; his almost pathological devotion to the craft of writing, and his revelatory slant rhymes that weren’t, of course, just a matter of chasing Hallelujahs with What’s it to yas. It was the lesson of his voice itself, that sound like it came from an Old Testament god—but one with both a sense of humour and compassion.

MORE: Brian D. Johnson on how we loved Leonard—which is to say, fiercely

I am a middle-aged man now. That Nova was totalled in a highway crash almost 20 years ago, and though I’ve spent so much of life living like I thought Leonard would, in recent years I’ve felt straight-up beaten down by it—like there is now more slant than rhyme, more cracks than light. And then last week, when democracy came whistling in through a hole in the air—streaking over the dock of the bay, the heart of Chevrolet, the ashes of the gay, women who knelt to pray—and hit, with blinding fury, the good old U.S.A.—well, I wished I was 19 again. I wished I had a V-8 engine, a burgundy suit, cowboy boots and a brave heart. I wished I would be fuelled rather than flattened by the paradoxes of the world, wished I could draw in the unfathomable, and blow it out like dragon’s breath.

Then the news came, on Remembrance Day, that our man was gone, right when we needed him most. It was hollowing, brutal. And then something else came swooping in: this sense that a cosmic battle is being viciously fought on a parallel plane, and we are just getting the echoes. And of course none of it is simply black or white, or left or white, or odd or even. But the side of truth and beauty desperately needs help in the unknowable war, and so perhaps it culled or called Muhammad Ali, Prince and Bowie. And then, finally, just a few days ago—when something so horrifyingly destructive to all planes of existence occurred—they knew: “F–k, we’re going to need Leonard Cohen, too.”

So now it is left to us, who didn’t believe, or never knew, or forgot there was a war—to get up, get strong again, and get on in. I remember Jigger coming down from the balcony of that grand old concert hall after the show—Jigger, whose demographic, social standing and physical description is what so much of this world down here holds in its mind’s eye as the definition of a Trump supporter—Jigger was laughing and crying, like he’d seen the prophet singing.

“Why don’t you come on back to the war, it’s just beginning…”

Shaughnessy Bishop-Stall is a Canadian journalist and author whose new book, Hungover: A History of the Morning After, and One Man’s Quest for the Cure, will be released in 2017.