How to make a Marvel series 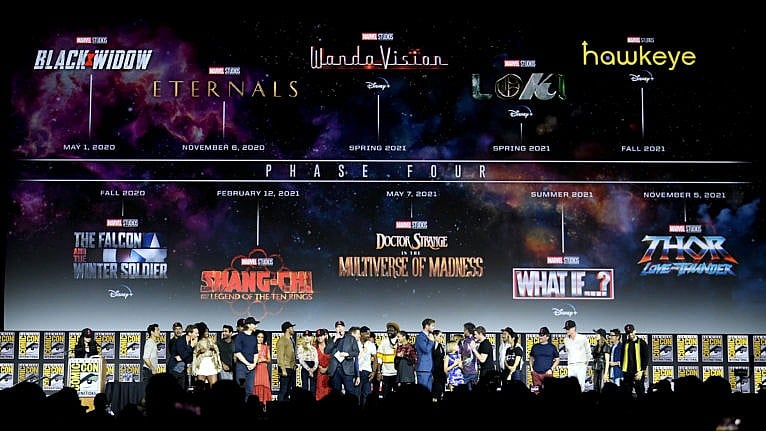 Ottawa native Kari Skogland has been directing television since 1994, including episodes of The Handmaid’s Tale, The Walking Dead, and The Borgias. But The Falcon and the Winter Soldier, the Marvel limited series, wasn’t a completely typical TV directing experience. Most drama shows in the U.S. use multiple directors throughout a season, which allows one episode to be prepared while another is being filmed. But Skogland directed all of The Falcon and the Winter Soldier. The sixth and final episode, debuting on the Disney+ streaming service on Friday, was the culmination of a shooting schedule that was grueling even before it was lengthened by the COVID-19 pandemic: “I obviously just made it part of my life,” Skogland told Maclean’s when asked about the work it requires to direct an entire series.

Unlike a similarly big-budgeted show like The Mandalorian, whose last eight episodes were directed by seven different people, Kevin Feige’s Marvel Studios has elected to go with the single-director policy for all the shows it produces for Disney: Skogland’s counterparts include Matt Shakman on WandaVision and Kate Herron on the upcoming Loki, and, like them, she’s credited as an executive producer on the show.

“I think when you direct all six, you become one of the authors,” she says. On a typical show, “it’s hard to author it because you’re not informed by what happened before, and you can’t steer the ship to where it’s going. You’re just doing your little piece of the puzzle. You can’t adjust or react to something that happened in an earlier scene, because you weren’t there. So, I feel like it’s a difficult job to come in as a guest director, because you by definition just don’t have all the information. You’re always playing catch-up.”

Skogland also thinks that the continuity of having one director is good for the actors. “Seeing a new face every couple of weeks is unsettling if you’re trying to discover a character and actualize it,” she says. In The Falcon and the Winter Soldier, she was able to work with such familiar Marvel faces as Anthony Mackie (the Falcon), Sebastian Stan (the Winter Soldier) and Daniel Brühl (the treacherous Baron Zemo) to plan out how their characters would evolve as the show went on:  “It gave them the confidence to try stuff, and gave me the confidence to allow us to bust through different doors in order to discover where we wanted to sit tonally, and where we wanted to take each character, because I was part of the whole process.”

The Falcon and the Winter Soldier was the first Marvel Studios limited series to enter production, so it was a different experience for a team accustomed to making feature films. While each series is what Skogland calls “a six-hour movie,” telling a complete story that pays off with a big action sequence near the end, they’re able to use the extra time to develop the characters in ways that can’t happen in a feature.

In an action movie, Skogland explains, “you’ve got a very clear end game that you have to get to, and so if the characters veer off that path, you feel like you’re out in the wasteland somewhere, and they’re not doing their job to save the world.” But in the next-to-last episode of The Falcon and the Winter Soldier, there was little action, and the characters spent most of their time having conversations. When the action starts up again in the finale, Skogland says, “we’re coming at the next beat, the next story plot, with much more thoughtful and experienced characters who have now come to conclusions as a result of what’s happened,” and that makes the action more meaningful than it might be in a two-hour movie.

One way The Falcon and the Winter Soldier resembles a typical movie, though, is the aspect ratio. Instead of shooting it to fit our TV screens, Skogland and her crew chose the 2.35:1 “Scope” aspect ratio that has been used for most of Marvel’s features. Skogland says that this extra-wide format “gave us a framing and a particular look that gave it the filmic qualities that we wanted. Because it really needed to be a Marvel movie on what we think of as a smaller screen… but honestly, in our homes, they’re all big screen.” And while we may currently be watching the show with black bars at the top and bottom of our TV screens, that may not be the case if TVs get wider or more adjustable in the future: “We wanted to future-proof it for all kinds of other formats. We don’t necessarily know what they’re going to be.”

FILED UNDER: Editor's Picks kari skogland Marvel The Falcon and the Winter Soldier