Is Bob Dylan a poet, who didn't know it? 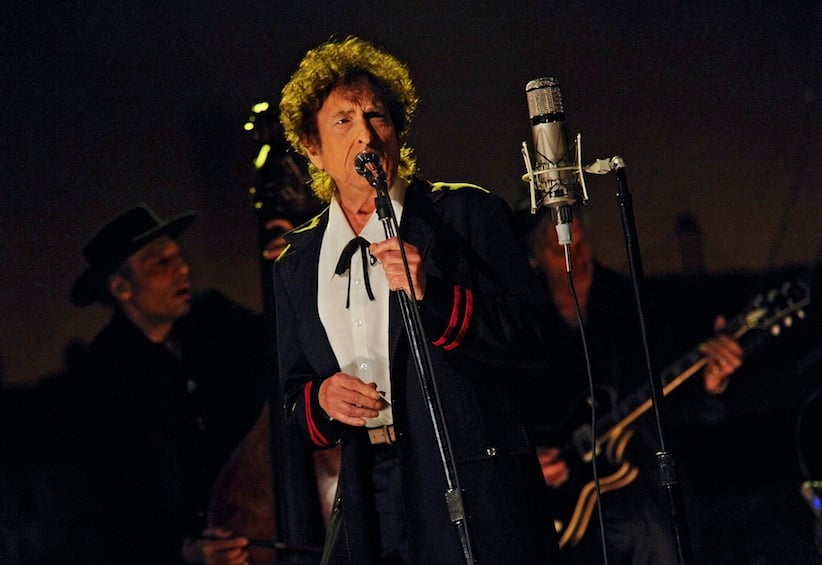 Can pop song lyrics be great art? When Bob Dylan was announced as the winner of the 2016 Nobel Prize in Literature, it made that old question more urgent than ever, and more hotly debated. While some commentators were pleased to see the award go to a popular, world-famous creator for once, others saw it as the latest round of Baby Boomer nostalgia. Still others saw it simply as a category error, a confusion of music with literature. “I love Bob Dylan almost as much as I love Leonard Cohen,” mystery writer Ian Sansom told the Irish Times. “But Dylan is a singer-songwriter and singer-songwriters should be awarded prizes for singer-songwriters.”

The argument against Dylan, or any other song lyricist, winning a literary award is that song lyrics aren’t meant to be literature. Though Dylan in his 1960s prime was often celebrated as a poet, few would actually want to read his lyrics without the music he wrote to accompany them. The words of a song can seem silly or incomprehensible divorced from the tunes that give them life, and people are used to thinking of them as secondary to the music. The poet and University of British Columbia professor George McWhirter, who taught Canada’s first university course in songwriting, recalls that there were complications “in getting agreement from the School of Music and the co-operation of the composers, who think lyrics are only there to prompt the music, give in and be dominated by it.”

But it’s not just composers who think lyrics aren’t worthy literature without the music; lyricists often think so themselves. “This book is a contradiction in terms,” another celebrated songwriter, Stephen Sondheim, wrote in the introduction to his first book of collected lyrics. “Lyrics, even poetic ones, are not poems.” The Pulitzer Prize-winning American poet Richard Wilbur left most of his song lyrics out of his collected poetry, explaining that most lyrics “are a bit watery when read without the music.” Songwriters take their work seriously, but they don’t intend the lyrics to stand on their own.

On the other hand, Shakespeare didn’t intend his verse to be read in a book either, and some of it was meant to be sung. “Song lyrics are definitely part of an oral tradition that goes back, as the Nobel prize spokesperson pointed out, to Homer and Sappho,” says J. Andrew Wainwright, McCulloch professor emeritus in English at Dalhousie University, who taught a course in “Bob Dylan and the literature of the ’60s.” The argument for Dylan is that regardless of how they were intended to be presented, his lyrics can still work when read and discussed as poetry. “There are some combinations of words that do not require instrumental accompaniment to stand out as great poetry. Their depth and resonance speak for themselves. Dylan’s finest lyrics are among these, and it is foolish elitism to suggest otherwise.”

Wainwright isn’t the only academic who has tried to make a case for Dylan as the modern equivalent of a Homer or a Shakespeare. The Boston Globe celebrated the Nobel by talking to what it called “local Dylanologists” of the university world, including Harvard’s Richard Thomas, who wrote an academic article called “The streets of Rome: The classical Dylan,” and Boston University’s Christopher Ricks, author of Dylan’s Visions of Sin. Wainwright says that there has been an increased acceptance over the years of a select few pop lyricists as poets. “Dylan’s lyrics and music are taught in many North American and European universities, along with works by such singer-songwriters as Leonard Cohen, Joni Mitchell, and Neil Young—a powerful Canadian cohort.” McWhirter adds: “To my mind Dylan is a big part of the poetic/oral tradition.”

Still, there’s a difference between lyric writing—even self-consciously literary lyrics like some of Dylan’s—and the kind of poetry the Nobel committee usually recognizes: poets hate to be banal, while song lyricists don’t mind at all. Dylan’s songs have their share of obscure imagery, but many of his most famous lyric lines, like “don’t criticize what you can’t understand” or “advertising signs, they con you into thinking you’re the one,” are more like catchphrases than would-be profound statements. When analyzed too deeply, they can sound like clichés, because good songwriting is simpler and more direct than most serious poetry.

But that might make Dylan the natural successor to the very first English-language writer to win the Nobel Prize, Rudyard Kipling, who achieved worldwide popularity with jingly, almost musical-sounding verse that George Orwell called “good bad poetry.” As poetry in the 20th century became more serious and more afraid of expressing banal ideas, songwriting took over the job of popular poets like Kipling or Edna Millay—using traditional rhyme and metre to say things that non-poets wish they could have said. Dylan is one of the songwriters who had that same kind of instant appeal, all over the world. “When I taught English in Bangor Grammar School in Northern Ireland in the sixties, kids from the fourth form up would recite Dylan to me as their poetry, real poetry,” McWhirter recalls.

Which could mean that the award to Dylan is really a way for the Nobel committee to rebel against the kind of literature it usually recognizes: small, personal and with a select audience. By picking a pop songwriter over writers in more prestigious forms, the voters might be indulging in a fondness for writing that reaches a large audience and with which a lot of people can identify, even if it has to simplify its messages to do so. The message may not be that Dylan is a poet; the implied message may be that poetry should be more like Dylan. After all, what other Nobel prize winner was popular enough to have his work recorded by William Shatner?