While a new book by Mayte Garcia offers revelations into the enigmatic Prince, it is also a complex consideration of privacy 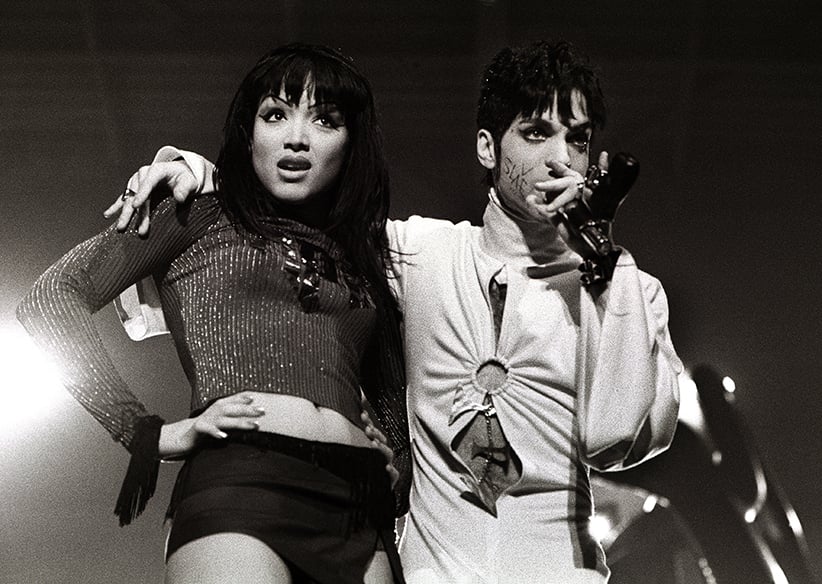 For four years, Mayte Garcia was married to one of the most famous rock stars on the planet—and perhaps the most enigmatic. Prince’s mysterious death a year ago spawned a spate of tabloid stories looking to pull back the curtain on his life and passing, and now Garcia’s new book, The Most Beautiful: My Life with Prince, raises the spectre of a sordid cash-in, another unwelcome intrusion into the secrets of one of the few pop stars who retained some degree of dignified privacy.

And yet, Garcia’s memoir raises complex issues about the nature and the value of privacy, whether between celebrities and their fans, or two people in their intimate lives together. If someone lies to you, do you have the right to project the truth? And is it possible to balance respect for the dead with the need to articulate one’s own story, even if it involves disquieting revelations that they can’t refute?

In the prologue, Garcia reveals how she repeatedly refused comment to the press about Prince’s death, but was dragged into their stories nonetheless: After she heard the news, as she was pacing the patio outside her house in Los Angeles, her manager texted her to go inside and attached “a grainy zoom-lens photo of me that had just appeared online.” She felt a “dry irony”: When she and Prince were together, and she was dancing with his New Power Generation band, he would never let either of them go out without being immaculately dressed and coiffed; now, indirectly because of him, she found herself all over the internet, disheveled and distressed.

Garcia recounts how for better or worse, she has long had her talent, and her life, steered by others: When she was a child, her mother—also a dancer—pushed her to join her act as a mini-me, and when Mayte was 7, her parents took her from Atlanta to Los Angeles to appear on TV’s That’s Incredible. Later, when she was 16, her mother coaxed one of Prince’s dancers to give The Purple One a videotape of her daughter performing. Cue a years-long courtship that started in apparently innocent (or at least chaste) friendship, developed into a working relationship, and blossomed into love.

MORE: How Prince changed the game

Garcia portrays Prince as artistically encouraging and open to collaboration, but personally controlling. By 1996, the boss who once docked her pay for gaining a little weight was now the husband who decreed, against their obstetrician’s emphatic advice, that she wouldn’t get amniocentesis during a difficult pregnancy, insisting that prayer would be enough to keep their son from harm. It wasn’t, and the birth of Amiir Nelson, as Garcia describes it, is harrowing: a brief moment of elation followed by devastation when they saw his birth defects, and as the medical team fought to keep him alive for days before his suffering tragically ended.

In the aftermath, with Garcia battling suicidal depression, Prince insisted they go on Oprah to claim that she was still pregnant and nothing was wrong, as he promoted his new album, Emancipation. She found herself struggling not to cry while Prince revealed “private moments” between the couple on live TV. Two years later, after Garcia had a subsequent miscarriage, he dragged her back on TV to sit with him in apparent agreement as his friend, bass player Larry Graham, proselytized about the Jehovah’s Witness faith—a faith both he and her husband had urged her to embrace, despite her ongoing misgivings. “Something that felt like a fire alarm went off inside my head. How is this happening right now?”

Having once tried to get her to change her name to “Arabia,” The Artist now Formerly Known As Prince was bent on taking over her own story, in public as well as in private. In one way, it was understandable, as he was trying to wrest control from the tabloid press. A paparazzo had even sneaked into the hospital to photograph Amiir in his incubator: “I’m punched in the throat with the betrayal of our privacy on top of the devastating loss of our precious child,” Garcia writes. But Prince’s charm offensive left no room for her own input.

He was also shutting her out of aspects of his life. He appeared to be stealing the prescription Vicodin she took to cope with her pain, and after one apparent overdose he asked her to flush some pills down a hotel room toilet. But he would never come clean, either about this or about his burgeoning relationship with Torontonian fan-turned-employee Manuela Testolini, who also eventually made the transition from co-worker, to wife, to jilted ex.

Surprisingly, given all of her book’s revelations, Garcia never comes across as vindictive. She insists that Prince always meant well, that he loved her and wanted the best for her, and that it was out of continuing respect for him that she had never shared the details of her pregnancies in public while he was still alive.

She criticizes herself for naïveté, and when she has a go at him, she’s wry: She tells us how Prince fought for artistic independence from record labels, but how in the wake of a meagre divorce settlement she didn’t contest, she found that the master of her own album, Child of the Sun, was owned by Prince’s own company, “to whom I was apparently a slave.”

Telling her story, it would seem, is an attempt to wrest back control from the man who made her famous but also stage-directed her life. For Prince fans worried how about how a tell-all might reflect on their idol, Garcia does pull back from describing the couple’s most intimate moments, and her most emphatic accusation is that he was all too human: “As cliché as it is for sexy older men to date younger women, I think his preference was more than physical; it was about the power balance. He didn’t like to be argued with.” The Most Beautiful gives her the last word on their time together, and while at times it’s a disturbing read, it’s also redemptive. At the end of the book, Garcia professes her love for her four-year-old adopted daughter Gia—who came into her life, she suggests, because of all that happened between her and Prince.

It’s hard to begrudge her the opportunity to support her child. In this context, the book and her other activities—like her VH1 series Hollywood Exes and her decision to auction off some of his old clothing, both much-maligned by Prince fans—are understandable. And yet there’s a moment at the end of The Most Beautiful that’s unintentionally disconcerting. With Gia set to start pre-kindergarten at age four, Mayte pointed a camera at her:

‘Don’t take my picture,’ she frowned.

I Instagrammed her little face and looked at it with tears in my eyes a hundred times before lunch. Yes, I am that mommy.

That mommy who loves her daughter, but who’s taking control of her story too.