Not so odd: The 2015 Junos fail to revel in Canada's weirdness

Despite a number of opportunities, the 2015 Junos unsurprisingly stuck to the script, eschewing Canadian music's essential oddness 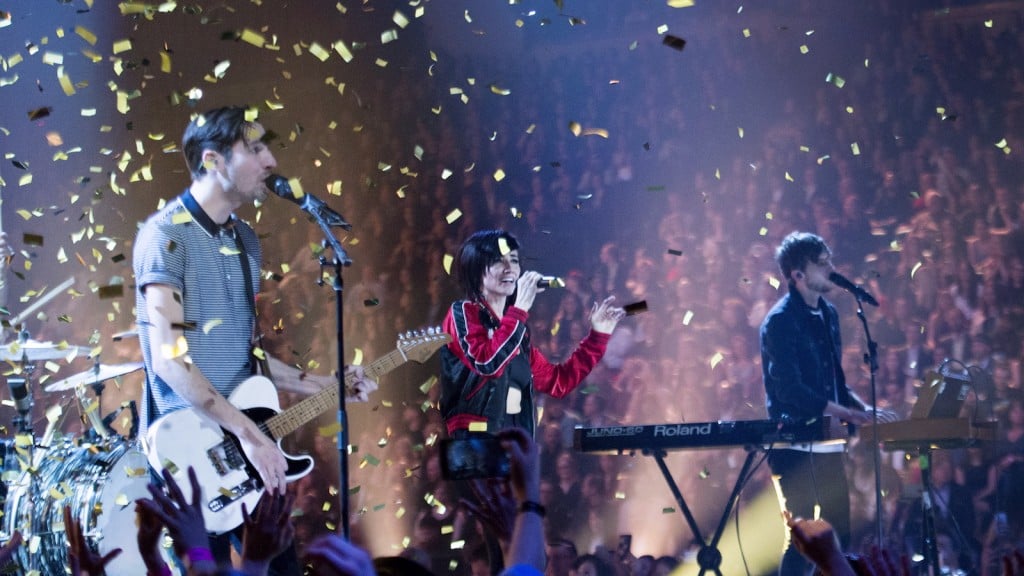 Lights, middle, performs with the Sam Roberts Band during the 2015 Juno Awards in Hamilton, Ont., on Sunday, March 15, 2015. (Nathan Denette/CP)

For an awards show that eschewed Canadian music’s essential weirdness at most every turn, the Juno Awards picked itself a perfectly weird host city in Hamilton. A steel town in a state of seemingly perpetual renaissance, it’s a heady mix of seedy bars and vintage shops, a halfway-there city grappling against Toronto’s yawning shadow and slouching toward Bethlehem. For years, Hamilton has yearned for the bloom of creativity—its abandoned brick warehouses serving as the planter box—and all it’s gotten are uncertain vines; the cold of winter staunches the warmth of the art crawls and concerts, and each summer brings another shot at asserting its redemption. But it feels definitively like a town on the cusp, a pot that’s ready to runneth over.

But the thrill of that weirdness was hardly reflected in the 2015 Juno weekend’s proceedings. Host Jacob Hoggard, frontman of anthem-makers Hedley, made a crack about diversity, noting the absence of comedian Russell Peters—the kind of self-aware jab that is only truly funny if there are actions that follow it up. Tanya Tagaq, whose throat-sung record Animism was one of the most essential and exciting Canadian releases in recent memory, won Aboriginal album of the year, but lost out in the less-niche alternative album category. Magic!, a mostly white band whose biggest hit appropriates a reggae style, defeated what may be Drake’s best song for single of the year. (Unsurprising, based on the rapper’s strange lack of success on the Juno stage, but that’s another story altogether.)

Sure, it wasn’t all bad. EDM—once an outsider music that’s come a long way from its days played in furtive after-hours clubs, having found itself into the veins of mainstream pop—was given its due with Kiesza’s weekend-leading three Juno wins, including breakthrough artist of the year, triumphing over artists like Glenn Morrison, a classically trained musician who has become a top EDM DJ, too. And R&B lothario the Weeknd was recognized as the artist of the year, even if that notice comes two years too late. But the Junos, once again, failed to revel in the diversity and weirdness that makes up the spine of Canadian music.

“There’s a nominee for every taste up there,” said Leighton James, one half of EDM duo Adventure Club, as they and (at least she was there) Tagaq presented the album of the year prize to the absent Leonard Cohen.

Related: Why the Junos need to recapture Canadian music’s weirdness

Weirdness runs in our blood. It’s what makes us innovate, makes Canadians have the derring-do in the face of bigger markets—like the vast pop-culture monolith that is the United States—and separates us from the pack when we try to be ourselves. “I think it’s what pretty much defined us,” said Alex Foster of Montreal-based Your Favourite Enemies, nominated for best rock album, flanked on the red carpet by a bandmate dressed in a tall Russian ushanka and military regalia. “Everybody’s playing in little basements, everyone’s a little weird,” said Mac DeMarco. 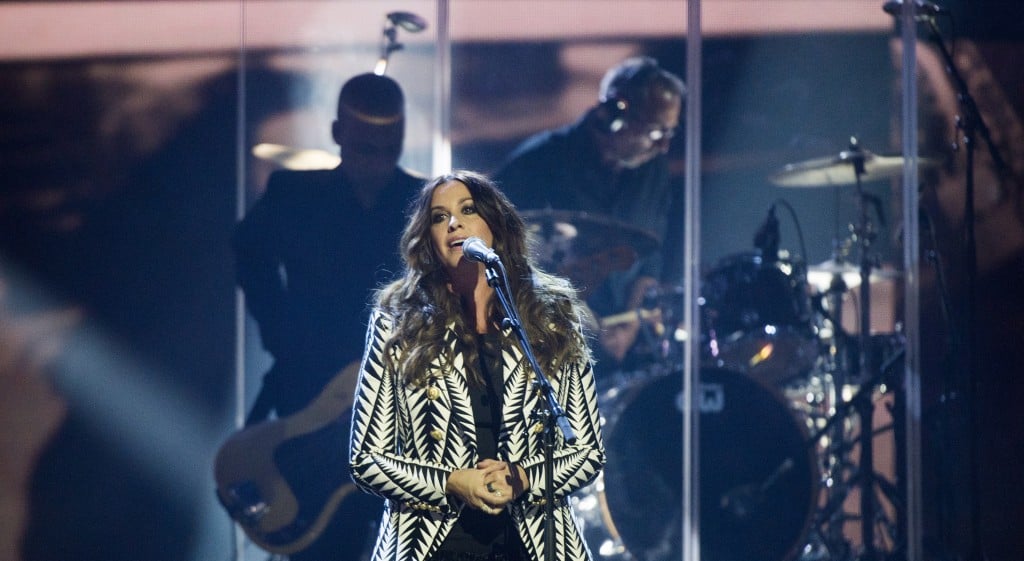 Artists like k.d. lang—2013’s inductee into the Canadian Music Hall of Fame—and the Barenaked Ladies are curios in the pop firmament. And it may be hard to imagine, but even Alanis Morissette, inducted this year, comes from a place of what Jagged Little Pill co-writer Glen Ballard called a “courageous risk-taking.” “I think it was this convergence of a time that people were ready to hear autobiographical, vulnerable music,” Morissette said after the show, “and I happened to be on the crest of a wave that was already happening. So I grabbed my surfboard and just went for it.”

Instead, the Junos offered up a ceremony that hit every predictable note. The Arkells won best rock album in their hometown. Even Michael Bublé managed to win the Fan Choice Award in a year where he wasn’t nominated for anything else, which felt a lot like the Oscars giving Best Actor to Billy Crystal. And maybe Morissette was the canary in the coal mine, after all: A decade after she subversively stripped down to a nude bodysuit to protest censorship at Edmonton’s Juno Awards, here she was in Hamilton, clutching a lifetime achievement award as she told the gathered press, “I love Justin,” as in Bieber. The 2015 Junos reminded us that while Canada stretches a massive expanse, our national showcase is flat as the Prairies.