Paul Wells catches the great pianist on a good night 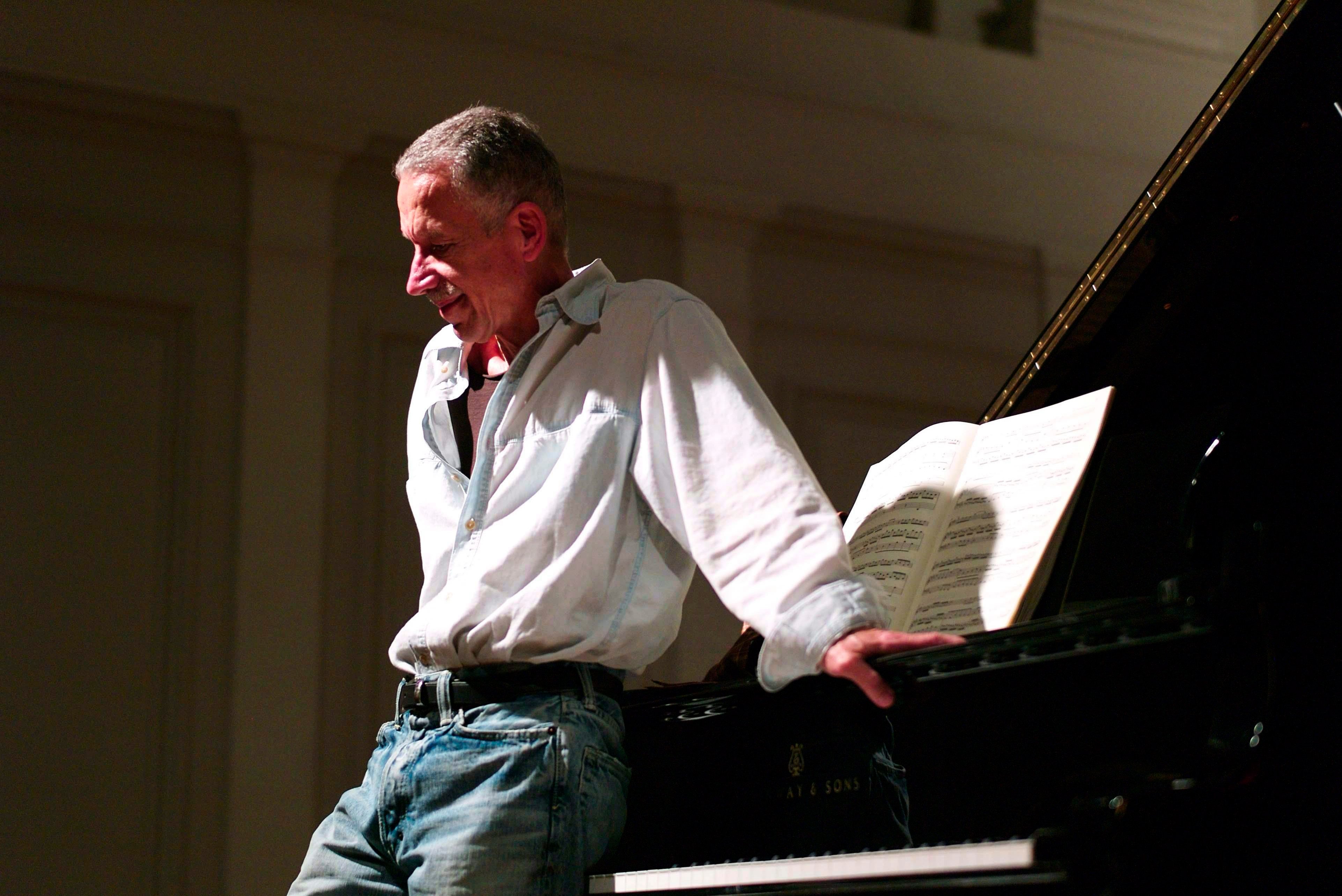 Keith Jarrett at the American Academy of Arts and Letters in New York in 2010. (Handout/AP)

“I have to do this,” Keith Jarrett told the audience at one point during his concert at Roy Thomson Hall in Toronto on Wednesday night, part of the TD Toronto Jazz Festival. “It’s my rep.”

“This” referred to the way Jarrett obsessively noted, and sometimes commented at length on, any sound the audience made — as well as whatever peculiarities of his piano, his bench, the lighting and the room temperature struck him as odd.

“Bless you,” he said after a woman sneezed when he settled on the piano bench for his first piece. Then he swivelled to face her. “But you only get one.” Nervous laughter. “Once you’ve been blessed, how can you be blessed again?” he said to the room in general, or to himself, or to posterity. It took him some time to regain his composure enough to play.

This is indeed Jarrett’s “rep” — his reputation, for those of us who are not 69 and did not come of age during the ’60s. He is probably the most prominent jazz pianist alive, although many would argue either that the word “jazz” lets him down in some ways, or he it, or both. But especially in his solo concerts, which are entirely improvised and have been legendary since 1975, he likes his audiences quiet and attentive. We were reminded of this three times before he arrived onstage: by ushers at the entrances to the hall and then to the auditorium, and by a bashful Jazz FM deejay who introduced him onstage. And then once more after intermission. (“Please take no more photographs, either of the performances or the bows,” said a disembodied voice.) The consequences of distracting Jarrett are higher and more frequently incurred than for any other performer I know, as you can discover by googling the words “Keith Jarrett tantrum.” Connoisseurs compare his hissy fits the way tweens compare Elphabas in touring productions of Wicked. “San Francisco, man.” “No, Umbria.” “The first Umbria tantrum or the second one?”

But on this night there was no final loss of the Jarrett temper. (Don’t worry, I’ll talk about the music soon.) What made the evening weird and wonderful was that Jarrett toyed with the expectations his own rep stirred up — even as he was plainly, genuinely, helplessly in the grip of the elevated level of awareness and sensitivity that has led him to turn on, or walk out on, so many other audiences.

“I’m sorry,” he said, interrupting his performance after only a few bars of one piece. “That was just the wrong cough at the wrong time.” But he said it apologetically, and he quickly restarted what he’d been working on. This piece, like most, was effectively a ballad, diatonically tuneful, achingly pretty in the mode of high Americana that is one of Jarrett’s trademark styles. Jarrett’s recent solo recordings, all performed live in concert, have featured similar successions of short improvisations, each from four to 12 minutes or so in length. But the recordings have put a wider variety of moods and styles on display, including various forms of the abstract. Here, Jarrett spent most of the evening in a pastoral mood. One tune was a waltz, one had a larger dollop of gospel influence, another had skittering right-hand runs of sixteenth notes, but they were all pretty with gusts to beautiful. If he was in a rut, it was an excellent rut to be in. The departures from the general mood were, to my ear, successful: the maze of interacting left- and right-hand bebop fragments that opened the second set, another piece that featured an obsessive bass-clef chant.

After the first tune he stared at the piano as if seeing one for the first time, jumped to his feet and turned to stare at the bench, exclaimed, shifted the bench sideways an inch, sat back down, reached his arms out straight to find the keyboard’s edges and gauge the centre. “No wonder I was playing in F sharp major,” he said.

Hoots of applause. He stared forward some more. “Well, now I’m locked into D flat major.” He insisted the piano manufacturers’ logo was not in the right place. The logo’s left-right positioning tells you where Middle C is on the keyboard, or should. “Steinway & Sons are losing it, folks,” he lamented jokingly. Then more seriously: “These are the signposts that show a pianist the way home.” Then he played another gorgeous impromptu ballad.

After the bass-clef chant he stood and drank from his glass of water. “Anyone have anything they want to talk about while I catch my breath?” he asked. “Just don’t ask me why I do this. I have no idea.” The laughter here, as all night, had a note of gratitude to it, as everyone realized Jarrett’s good mood was holding. He darkened the mood a touch: “I was born insane.

Then he sat and pulled another haunting melody out of the air. Jarrett matters because he possesses the improvisor’s secret to greater degree than almost anyone. He can spin melody and logic, structure and surprise, richly and indefinitely. The stubborn streak that makes him insist, after half a century and against all the evidence, that he can control an audience or walk out on it is the same streak that made him stick with the acoustic piano through the 1970s, when all around him were plugging their keyboards in. He helped keep the sound of the acoustic piano alive as an option for serious musicians. In one way or another, to greater or lesser extent, most of the younger pianists playing today are his children.

I’m not going to lie to you: the nervousness in the room was sky-high, as those of us who know Jarrett’s rep wondered whether a cough or a pocket of jingling change would trigger the legendary Jarrett temper. I nearly left at intermission, figuring I should quit while I was ahead. I wish he wasn’t so high maintenance. But music has no end of nice guys who mail it in, and Jarrett was never going to be one of those. He’ll play solo again in Montreal on Saturday. Don’t take photos when he bows.