Listen to an exclusive song off Chris Hadfield's new album

The exclusive world premiere of the first single of Col. Chris Hadfield's album, which was recorded in space 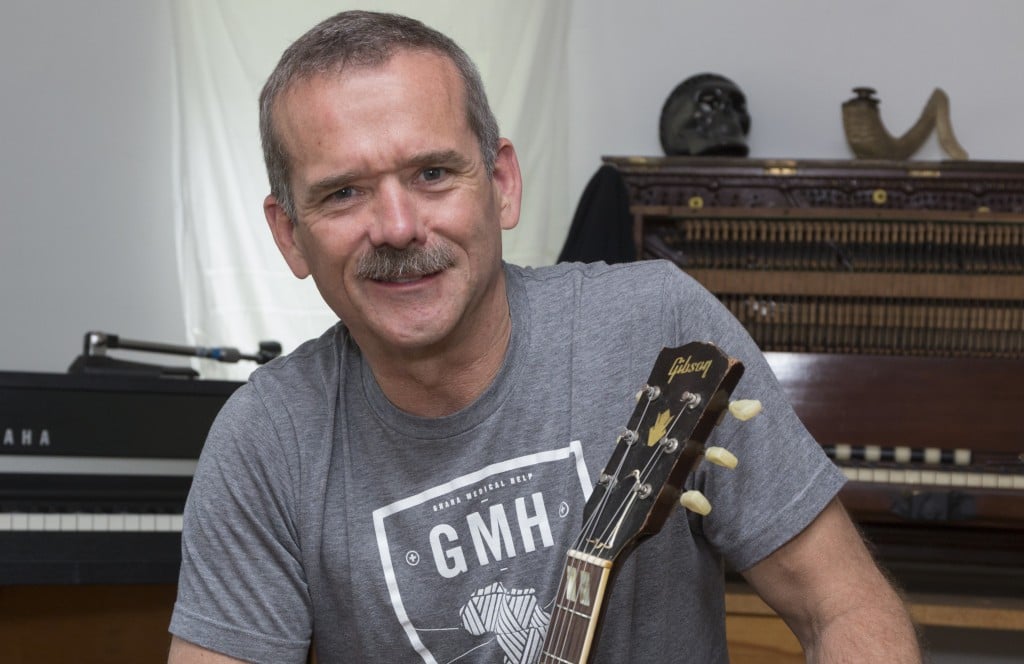 You know Col. Chris Hadfield as a space hero, as the first Canadian commander of the International Space Station, and the first Canadian to walk in space. But he’s also well known for his “space oddity” of a musical hobby—he did, after all, famously record that David Bowie song while up in space.

Now, Hadfield is putting those musical talents to use, as he prepares to put out an album that’s literally out of this world.

Later this month, Maclean’s will be releasing a special issue about space, guest-edited by Hadfield himself. But today, he’s debuting, on Macleans.ca, an exclusive song off his debut album Space Sessions: Songs from a Tin Can. The album, featuring songs written by him, his brother, and his son, is billed as the first to be produced off the planet; its guitar and vocal tracks were recorded in space. Once he returned to Earth, he completed the production of the album with a number of Canadian musical luminaries, including Juno Award-winning producer Robbie Lackritz, the singer-songwriter Afie Jurvanen—also known as Bahamas—and more.

The song is called Feet Up, inspired by the time he spent floating in space.

“Weightlessness is glorious and free, a joyous toy that never winds down, a puzzlement of unexpected delights,” said Hadfield. “With no up or down, it’s a place where you literally can’t put your feet up. And the fun of it makes you smile, every day.”

Watch the lyric video for the song below. The album, which comes out October 9, will be available on CD and vinyl.