The albums, books, movies and more than went under the radar in the year that was

Every year, Maclean’s picks the best in arts and culture. To read more of our selections of what shone in music, television, movies, and books in 2016, go here.

At the end of every year, as critics deliver their best-of lists, it can feel like a monoculture is creeping upon us: we see many of the same picks, the same write-ups, the same affections. That’s not to say that those picks are unworthy, but a mob mentality can suffocate the projects that were just as moving, if perhaps on a smaller scale or a less popular medium. So every year, in our annual Maclean’s Missed It List, we ask our writers to highlight their favourite things from 2016 that lacked that sheen of best-of prestige—the music, movies, books and shows that unfairly slid under the radar. 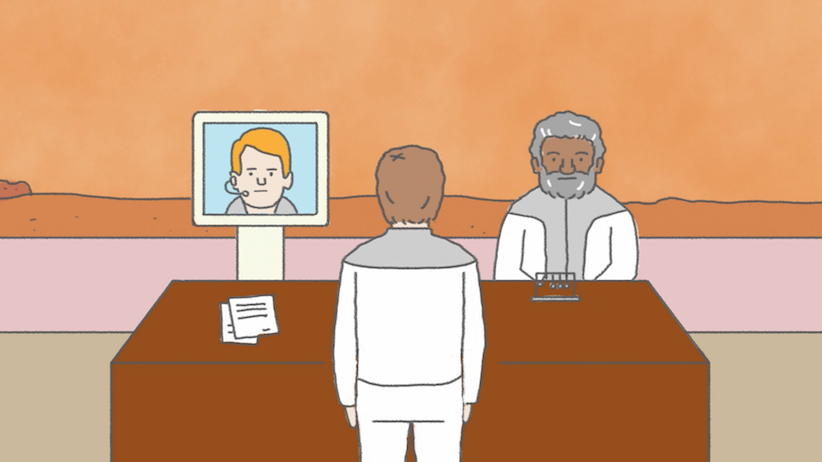 The first year I went to the Ottawa International Animation Festival, I dressed up, thinking the closing-night screening of all the award winners called for it. Believe me when I say this is a compliment: the OIAF is not that kind of gig. It has become one of my favourite events in the capital, and it’s a delightfully quirky, laid-back crowd—think faded cartoon T-shirts and loaded-down lanyards, rather than business-casual–that comes together every September to produce, view and celebrate some jaw-dropping art.

The best way to sample the animated buffet is with the “best of” screening on the festival’s final night. The 2016 crop of award winners was one of the strongest I can recall in the decade or so I’ve been attending. Unfortunately, most of the shorts screened in any given year are tough to find in fully viewable form online. Fortunately, however, one of the very best from 2016 is.

“Fired on Mars,” by Nate Sherman and Nick Vokey, won Best Script and the Nickelodeon Public Prize at OIAF, and it received one of the most rousing responses at the festival’s final-night screening. I won’t spoil the plot payoff in this delicious little short that somehow manages to be stoner-lackadaisical and furiously acerbic at the same time, but suffice to say, it feels completely and perfectly zeitgeist-y right now. We are all Jeff. Minus the mineral-sniffing robotic dogs. 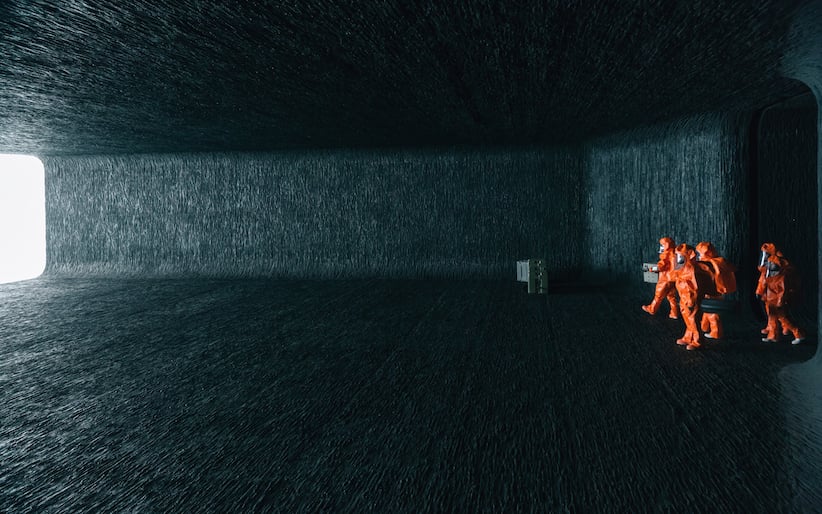 You may have loved Arrival for how Amy Adams managed to decode cryptic alien sounds and images with nothing but her bewildered blue-eyed stare, or the fact it brought a soothing message of international co-operation to the inward-looking age of Donald Trump, or the spectacle of the most interesting seven-legged creatures you’ve seen since your younger brother tortured daddy-long-legs. Me, I mostly liked the film’s music: devoid of the swelling strings or terrifyingly grandiose choirs of typical modern sci-fi fare. It’s jagged, arrhythmic, chilling and as layered as an Amy Adams gaze into the middle distance.

Jóhann Jóhansson got an Oscar nomination for the comparatively more conventional score for 2014’s The Theory of Everything. The Icelandic composer also worked with Canadian director Denis Villeneuve on Sicario and Prisoners, and so had a clear sense of where he wanted to go with Villeneuve’s eerily slow-paced alien film. Jóhansson opts for soundscape rather than symphony. The strings leer cautiously around ledges, or pulse rapidly, or become the percussion. A brass instrument sounds like an groaning alien. Percussion is fleeting footsteps. Human voices are staccato notes, tentative and childlike—the finest sonic innovation of this soundtrack. It can be as placid yet unsettling as a giant, unidentified contact-lens-shaped monolith hovering over a farmer’s field, which brings it close to perfect.

Jóhansson’s next soundtrack will team him up again with Villeneuve, for next fall’s Blade Runner sequel—a promising signal we may actually get the sparse and atmospheric follow-up we’ve been waiting 35 years for.

To look at old art as if it comments on the present is wrongheaded, of course, but it was impossible to take in the National Gallery of Canada’s show last summer of Pablo Picasso prints from the 1930s without feeling that they synced with something now in the air.

Picasso’s masterful Vollard Suite—100 etchings and drypoint prints made between 1930 and 1937—doesn’t tell a story. The refined black-and-white images do, though, trace a decline from contentment to anxiety. The earliest feature a bearded artist lounging with beautiful models; by the end, he has turned into a blinded minotaur, led through menacing streets by a little girl.

The world can’t be on as bad a path now as it was back in the 1930s—can it? Yet the optimism of the Cold War’s end is starting to feel as remote as the Vollard Suite’s early, idyllic studio scenes. Slaughter in Syria, desperate mass migrations, the rise of angry nativist populism—it all makes Picasso’s later images of sightless groping for direction feel contemporary.

The National Gallery made the brilliant purchase of a complete set of the prints in 1957, but hadn’t shown the whole suite in nearly 60 years. They chose an apt moment to break it out. Picasso: Man and Beast. The Vollard Suite of Prints will haunt the mind’s eyes of many who took it in long after the more conventional, colourful blockbuster exhibitions of 2016 are forgotten. 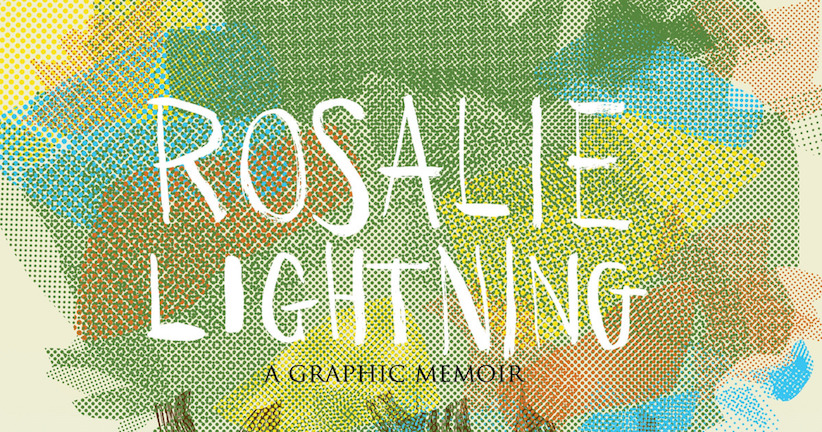 The best books, we’re told, can be read in one sitting, ensorcelling the reader in a rich world in which they’d rather remain. It seems impossible to do that with Rosalie Lightning, Tom Hart’s gutting graphic novel about the sudden, inexplicable death of his two-year-old daughter and how he and his partner managed to press on.

But that’s partly the point: It’s supposed to make you blink, leaving you marvelling at how Hart could possibly have produced this unwavering revisiting of Rosalie’s death, one that hurls you headlong into the wrenching night like the first chapter of Dave Eggers’s A Heartbreaking Work of Staggering Genius. The drama of it needs no frills, and Hart is simple, spare, and unsparing in the hard, unanswerable details of sudden infant death syndrome.

The road back is what really forms the book’s soul. The couple moves around America, and are met by kindnesses of friends and life’s almost pathetic mundanities: the sale of an apartment, the struggles to make ends meet. Hart reads Barthes on semiotics and symbolism, then feels the unique pain of reading grief into the fabric of his everyday life. And then the heartbreaking vignettes of memories—burbled words, a favourite hat, beloved TV shows—flashing through the book in the way that despair does, pulling you back down in its swamp.

It also is about what it means to be a friend to someone grieving. It is a hard read that, in a way, begs you to look away: the couple’s road to recovery is long and meandering, with as many steps backward as forward. As a book, that can make reading it a challenge. But in that way it holds a mirror to the challenges of grief—that it is circular, draining, unreasonable, and unpredictable. Rosalie Lightning reminds us that as hard as it can be to bear witness, the witnesses are the lucky ones. We go on so that the pained may find solace. It is the least we can do. 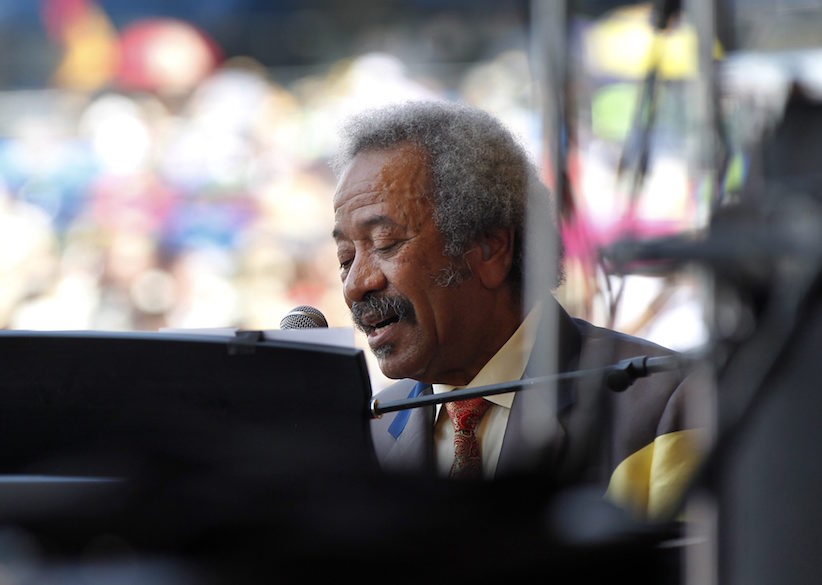 People seem somewhat amazed that artists like David Bowie and Leonard Cohen were able to put out career-best records right before they died. They’re not the only ones, of course. Allen Toussaint, a towering figure in the history of the last half-century of New Orleans music (Fats Domino, Lee Dorsey, Irma Thomas, the Meters, Wild Tchoupitoulas, etc.), died in November 2015, shortly after he finished American Tunes with producer Joe Henry. On the album, released this past June, he covers Fats Waller, Duke Ellington, Professor Longhair, Paul Simon, and himself (“Southern Nights,” which was a hit for Glen Campbell), with the help of guitarist Bill Frisell, drummer Jay Bellerose and Toronto bassist David Piltch. The history in this man’s fingertips is evident with every note, and it’s a delight hearing him deliver one last love letter to his hometown. Aaron Neville, another New Orleans icon, is 75 and very much alive and living in New York City, where he recorded Apache. Maybe absence makes the heart grow fonder, because while Neville’s solo work outside his band of brothers usually errs on the side of syrupy, here he taps into the fiery funk that is his family heritage; even the ballads have a swing and swagger to them. You’d never know his Big Apple players weren’t from the Big Easy, and Neville himself has never sounded better.

Jaime Weinman: The Vision, a comic series from Marvel

Superhero comics these days are mostly known for endless crossover events and recycled stories, but this 12-issue series proved that it’s still possible for this type of comic to do something new. Focusing on the red-faced sentient robot from The Avengers, the story follows him to the suburbs with a family he built himself. A murder takes place in the first issue, and the rest of the series becomes almost a classic tragedy (complete with Shakespeare references) about what people do to protect their children and their reputations.

Though it’s accessible to new readers who may only know Vision through The Avengers movies, the primary creators—writer Tom King, artist Gabriel Hernandez Walta and editor Wil Moss—aren’t afraid to ground the story in Marvel’s convoluted history. Like the best corporate superhero comics, The Vision works both as a self-contained story and a commentary on the work of other writers; an important scene is overlaid with dialogue from one of the first comics Vision appeared in, giving new meaning to these decades-old words. By the time it’s finished, Vision has become a very moving human (well, android) story as well as a look at the creepier side of a familiar superhero concept. King has since left Marvel to write Batman for DC, but this book may be one of those comics like Watchmen that lives on for a long time as an example of why superhero comics can be art. Plus, thankfully, there are no crossovers with line-wide events. 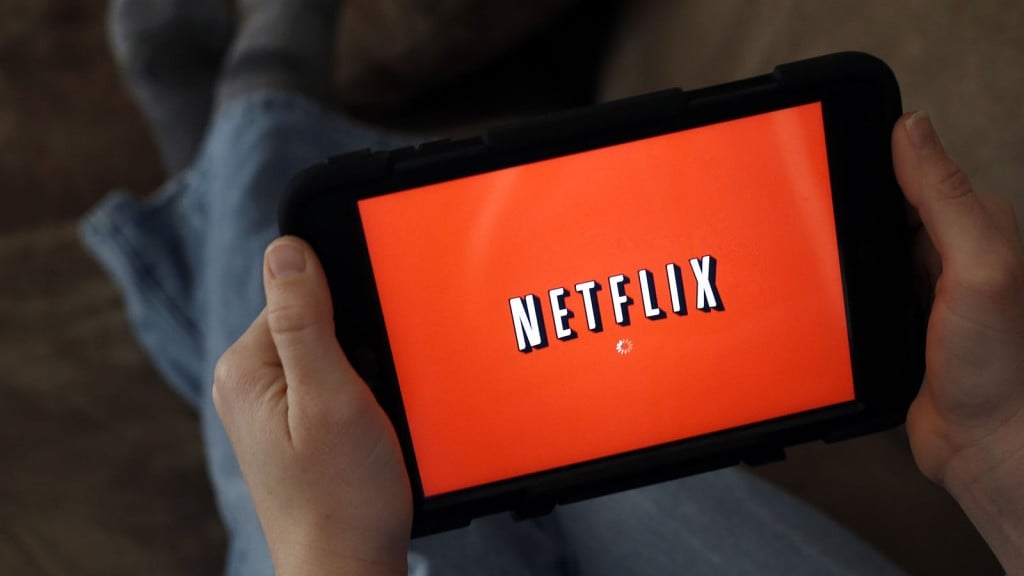 You may have missed the first season of Lovesick (on Netflix Canada) when it went by its perhaps more clever but slightly off-putting original title, Scrotal Recall. The premise could have also played a part in scaring away potential viewers, centring as it did on Dylan (Johnny Flynn), who has recently been diagnosed with an STD, and must undertake the task of informing his former sexual partners from the past few years.

The series is actually a funny and often heart-warming look at the path of destruction we sometimes leave (and would prefer to ignore) when we end a relationship. Dylan is accompanied on his quest by his best mates Evie (Antonia Thomas) and Luke (Daniel Ings) who help and hinder his cause to varying degrees. And if nothing else, you’ll end up with a killer soundtrack to add to your Spotify heartbreak playlist.

FILED UNDER: Best Of 2016 Editor's Picks