Melee in Milan: The fight to keep museums alive in art-rich Italy 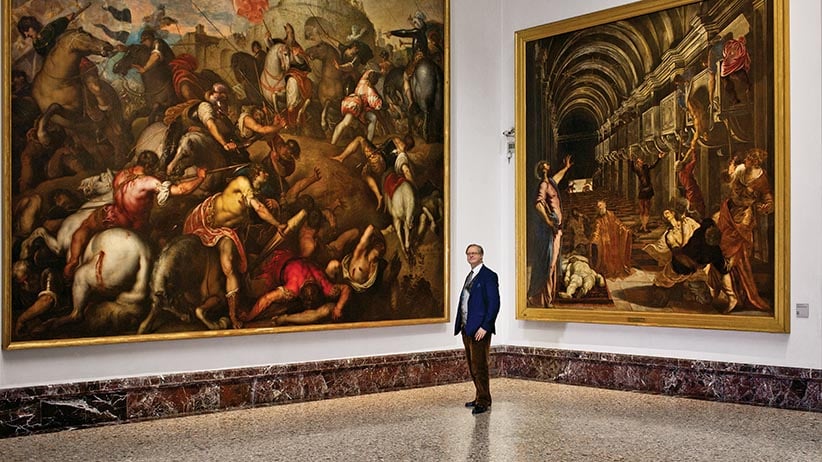 Italy has more world heritage sites than any other country, according to UNESCO—and, though it’s a hard thing to quantify, somewhere around 50 to 60 per cent of all the world’s art treasures. Florence alone is thought to contain one-fifth of all the important paintings, sculptures and architecture in the world. It’s all Michelangelo over here and Leonardo da Vinci over there.

And yet, Italy’s museums and galleries—unlike those in other European countries—are more or less like 1950s time capsules. Until this past fall, all were under the direct control of the country’s ministry of culture. Individual museums had no budgets of their own, and revenues generated by any one museum went into the pot to cover expenses for all. Any plans to create a special exhibition had to be approved by the cultural bureaucracy, the soprintendenza. It’s a process that discourages innovation in favour of doing pretty much nothing.

“I actually think the museum directors in this country are saints because it is a miracle that these museums could open their doors in the morning. It is a miracle that the Uffizi Gallery, one of the most important museums in the world, could open its doors,” says the Toronto-born museum specialist James Bradburne, sitting at an outside table on a warm winter morning at one of his favourite coffee bars in Florence.

Bradburne is in a good position to know. After living all over Canada and working at various jobs ranging from CBC Radio producer to special exhibitions design for Expo 86, he moved to Europe and worked in museums in the Netherlands and Germany before taking a position in London with a philanthropic foundation created by the CEO of Lego to promote creativity in learning. But in 2006, he won an international competition to fill the post of director of the Palazzo Strozzi Foundation in Florence, and has called the city home ever since.

He made changes, big and small, that raised the profile of the gallery in a city of galleries. “We took a very inactive palazzo that had really just been used as a shed for other people’s exhibitions,” he said, “and decided we’ll make our own.” He and his staff put together thematic exhibitions bringing in art from all over Europe. At Palazzo Strozzi, a fully autonomous private-public foundation, they began labelling the artworks in both Italian and English, and in large enough print that they could be read from three metres away—downright radical. He offered family kits for parents and children to explore the artworks together. Ticket sales increased, and the shows attracted private sponsorships, taking the Strozzi from near financial ruin to prosperity. “Every single exhibition was meant to show the other museums what they could be doing,” says Bradburne.

His work was definitely noticed: Bradburne is now the director of Milan’s prestigious Pinacoteca di Brera. His appointment is part of a huge plan by the Italian government to revitalize museums and make them relevant again—a shakeup that has sparked terror at home and ridicule abroad. 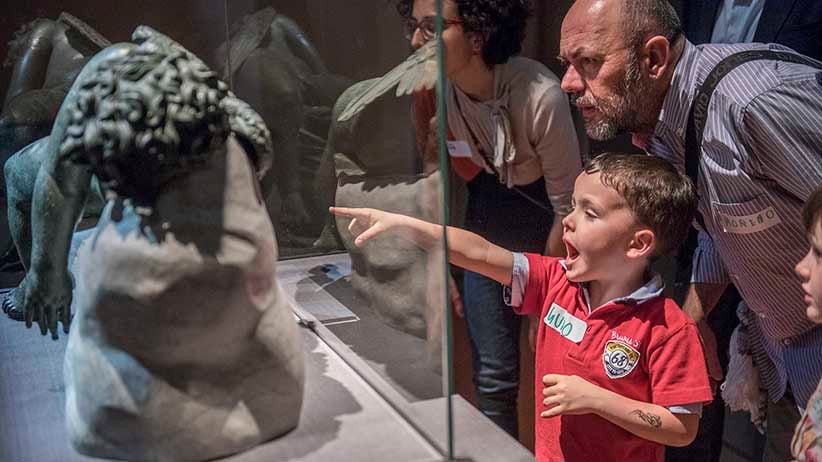 The first signs of change came a year ago with an ad in The Economist announcing an international job search for 20 people to lead Italy’s oldest and most famous museums into the modern world. Dario Franceschini, the minister of culture and tourism, announced the new directors in late August (seven non-Italians, including Bradburne, and 13 Italians, four of whom had been working abroad). The minister noted this was a chance to make up for decades of lost opportunity.

The announcement sent shivers through the cultural bureaucracy. No one knew what the minister meant and everyone assumed the change wouldn’t be good. The long-running director of the Uffizi Gallery lost his job to a much younger and less experienced German art scholar, the 47-year-old Eike Schmidt, who himself seemed a little surprised. “My hands are still shaking,” he was quoted and requoted as saying.

The media took umbrage on behalf of the old guard. Vittorio Sgarbi, an art critic and former minister of culture under Silvio Berlusconi, complained loudly. “The minister has mortified his army and he does not defend his troops,” he told the ANSA news service. “It is a dangerous political decision and he will pay for it.”

The British press waded in. The Telegraph in London wrote that the Louvre in Paris attracts 8.5 million visitors a year, the British Museum in London attracts five million, and the Uffizi in Florence brings in a piddling 1.5 million a year even though the gallery is stuffed with Leonardo da Vincis, Raphaels and Botticellis.

“That’s just unfair,” says Bradburne. “The Uffizi is working at capacity. While it is equal in stature to the Louvre, it is physically much smaller. It could fit into a corner of the Louvre, so these kinds of numbers are meaningless.” Still, it was becoming ever clearer that the old system—set up as a way of protecting the country’s cultural resources after the Second World War—was no longer working.

After the devastation of the war, most European countries put their artistic heritage in the protective hands of the state to focus on conservation, study and research. “The Italians are the best in the world at this,” says Bradburne. “They have the most stuff and, one could argue, the best stuff.” But while most of Europe moved on from the idea of mere guardianship, Italy did not. Postwar governments changed so often there was hardly time to consider reforming the cultural bureaucracy. As a result of the turmoil, the soprintendenza became more protective. Ultimately, they did a good job of guarding this priceless repository, but they did not make the museums easily accessible or attractive to the public.

“The choice of foreigners has nothing to do with humiliating Italy,” explains Bradburne. Since Italy has not had independent museums, it didn’t have directors who knew how to run an independent museum. Nor is this just about increasing revenue—though “culture is Italy’s petroleum,” says Bradburne. It is about an almost noble idea of making the artworks a part of people’s lives. At the Palazzo Strozzi, Bradburne created pathways for different groups, from bored teenagers, to autistic children, to people with Alzheimer’s disease, in order for them to approach the works in a way that had meaning for them. Rather than hiding the art away in galleries where it would be safe and protected, the idea is to lure people—residents and tourists, schoolchildren and factory workers—into the museum.

Progress has brought its own concerns. “So much money has been squandered in this country with initiatives that don’t last or money ending up in someone’s pocket,” says Flaminia Gennari Santori, the new director of the Galleria Nazionale d’Arte Antica from her office at the top of the baroque Palazzo Barberini in Rome. “Understandably, it has created cynicism.” The media assumes all changes are the result of corruption. “The press has had such animosity toward us. They say we’re not qualified for our jobs,” says Gennari Santori, who is Italian but worked as a research fellow at the Metropolitan Museum of Art in New York and as chief curator at the Vizcaya Museum in Florida. “I don’t look at the press anymore.”

The media, fearful of more commercialization, has put forth the spectre of Italy’s cultural heritage being trotted out in unseemly, blockbuster-style shows. But Gennari Santori, for one, is talking about creating an exhibition that links the architecture of the Palazzo Barberini and its sister gallery the Palazzo Corsini to Rome’s history. “Queen Christina of Sweden lived here after she converted to Catholicism in the 17th century. Montaigne wrote about this place. Henry James lived here at one time. It’s a story about Rome in the world.”

She also wants to put in a café, a simple thing that was impossible to create under the old system. Once the museum is generating more money, she hopes to open parts of the building that have been closed for decades. “There is a beautiful apartment here, part of the Barberini family residence, but it can only be opened by private appointment. We don’t have the staff yet. It takes money,” she says.

It’s too early, he says, to talk about the details of his plans. At this point, he has been hosting lunch meetings with the staff to hear their ideas. On his first week at the job, he took 120 security guards to lunch. “No one meets a curator when they visit a museum; they meet the guards. So the guards know what works. They’re anthropologists, and they love the museum,” he says. Then he invited the curators, administrators, photographers and others. “It’s my job to listen. And it’s the museum’s job to create a valuable experience for those who go there,” he says. “It’s no longer just the works on the wall. We are taking care of the experience of the visitor in order that they carry this culture forward into the future. We are recontaminating the future with the past.”