Michael Jackson and the delicate rules of posthumous art

With the forthcoming release of another Michael Jackson album, when do we draw the line and say this is it? 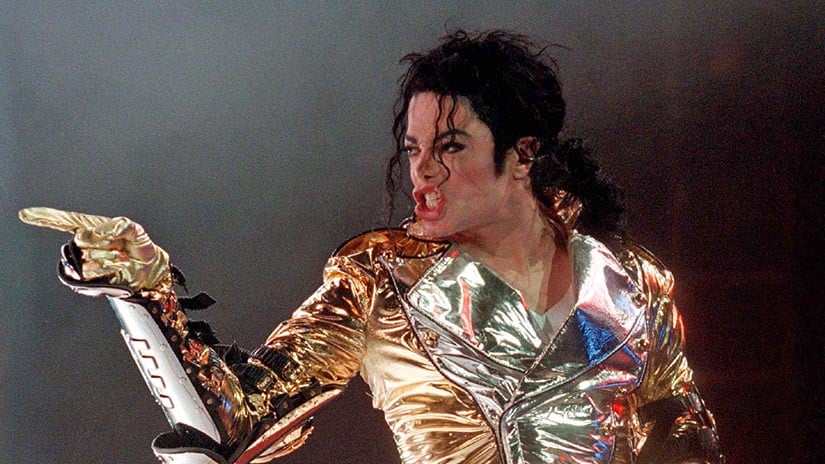 This coming week, Michael Jackson will release his 12th album, so to speak: Xscape, his second posthumous album, is out on Tuesday. Unlike Michael, an album so clearly half-baked and obviously unfinished that family members and close cohorts question whether or not three tracks even feature Jackson’s vocals (there’s also a song with Akon that’s as simpering as you imagine), Xscape boasts top-level producers like Timbaland and Questlove taking on the project as a labour of love, finding and refreshing previously secreted-away audio from the 1980s-90s, MJ’s heyday.

Posthumous releases can work: Our understanding of Franz Kafka would invariably be worsened had Max Brod not betrayed his friend’s dying wishes to burn his unpublished oeuvre; hip-hop producer J. Dilla has earned the legend status in death that he so richly deserved in life. And in fact, some of the early leaked songs from the album are actually rather good. But by and large, posthumous efforts are awkward and profiteering; perhaps none more so than the “Tupac Shakur album” Loyal to the Game, where executive producer Eminem cut and pasted Shakur phrases so he’s made to say “G-Unit,” a group of rappers that were just exiting their teens when ‘Pac was famously shot dead.

So what is it, precisely, that separates the good from the bad? What makes some projects sound like worthy efforts from the grave, and many others feel like taxidermied artists being made to pose and perform?

Perhaps the most important element is intention: did the artist leave notes? Was the piece mostly complete? Did they want the artwork out there? MJ certainly did not, and said as much through a lawyer through his father. There’s a reason these were unheard, and taking agency away from the artist in death seems cruel. Indeed, over the course of his life, Jackson was a noted control freak over his creative output, beginning with Thriller. Some argue that while his tinkering and domineering nature was great in his heady days, it would shackle quality work as his ear for pop music waned. But that argument misses the point. There’s a telling part of this emotional/promotional interview with Jackson sound engineer Matt Farber that inadvertently makes it explicit why Xscape should never have existed:

You never knew where you were going to go and where you were going to end up. And he’d walk around the room and he’d say, ‘I’m looking for something special here.’ Just looking for some character of sound that in his mind, he knew he was looking for something he had never heard before. Then he would find it, he’d say, that’s the sound. Okay, we got to get the microphone, we have to capture the sound, just like this. Those adventures would be challenging, but in such an enjoyable fashion, because there was nothing better than exploring with Michael directing and leading the adventure.

Much has been made in Jackson’s mythology about his being a unique creative force, whose music-making relied on replicating precisely what he envisioned in his head. “You have to get on tape exactly what’s playing inside your head,” he told TV Guide in 1999. “When I hear it up here, it’s wonderful.” It’s famously how he made Billie Jean, and why he described The Girl Is Mine as a stumble. So without the head, what’s even the point?

Too often, those in charge of posthumous releases cite some kind of spiritual force helping them along. “One morning I was walking up the stairs to my study and ‘Juneteenth’ came full force into my head like an unforgettable melody, and that was it,” said John F. Callahan, the man who edited Ralph Ellison’s posthumous second novel, Juneteenth, in an interview with African American Review. “Timbaland,” writes Joe Reid of Billboard, “talks about [Xscape] almost like a ghost story, Jackson’s disembodied voice urging him on, dissuading him from sounds that weren’t innovative enough, and giving his blessing when they were.”

I think we can agree that “ghosts” is about as preposterous a reason as any to make creative choices. And perhaps the wildest part about this release: there is a song called Do You Know Where Your Children Are? It is impossible to believe that MJ, with the allegations that dogged his later days, would have released a song with this name.

The saddest part of posthumous releases is that it tends to scrape the bottom of the barrel of the material. Tupac almost certainly didn’t want his draft verses appearing as songs. The similarly slain Notorious B.I.G.’s “third album” is a depressing collection of outtakes that the New York Times called “foul.” But that’s the reality: artists rise and fade, and they fade more when unfinished dreck is pulled up and put out. But there is another kind of sadness–indeed, a deception–in resuscitating glory days in the form of a follow-up, as Xscape does. There’s nothing wrong with the king becoming like Lear and subsiding in his later years–it’s what made Johnny Cash’s later records so enthralling—and what makes his newly released ’80s album Out Among The Stars so dishonest.

Occasionally producers get it right. Take, for instance, the tragic story of Jeff Buckley, who died by accidental drowning not long after his stunning debut Grace. He was most of the way through his follow-up, to be named My Sweetheart The Drunk, but when it came out, it did not promise unreleased complete tracks: it was released as Sketches for My Sweetheart My Drunk. That is an honesty that serves it well: unless they are put on record or page with intent, artworks are but sketches.

The new Jackson record won’t work, despite the good intentions and the genuine devoted fandom of the collaborators. Because ultimately it’s not a Michael Jackson album. It may yet be a great collection of songs, but its creators are just as much the production team, the sound engineering, and the track listing—just as the author of Ralph Ellison’s Juneteenth is the editing, the titling, the narrative ordering. Xscape is the product of a collaborative collective working on a set of vocals, and on those grounds, we could meaningfully and productively judge them. We won’t, though, to the detriment of MJ’s legacy.