In this excerpt from his new memoir, the Canadian rock troubadour icon revisits one of his deepest passions: cars 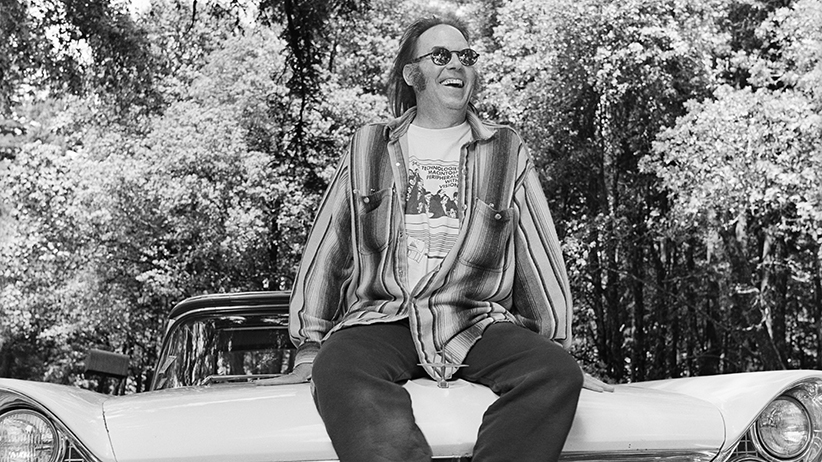 In Special Deluxe: A Memoir of Life & Cars, musician Neil Young frames his life—both as a boy growing up in Canada and as a musician—through his passion for cars. Each success or important moment in his life, be it a new album or the birth of a child, is marked by the acquisition of a car, mostly vintage, sometimes operational, often not, to the point that his collection eventually comes to fill multiple buildings.

In this excerpt, he has left Winnipeg and Toronto behind and landed in California.

When I moved into Laurel Canyon, I had to find a new car. Even though I didn’t have it anymore, I knew that the Packard ambulance-hearse combo could never have made it up those canyon roads; I was sure of that.

Back then, [Buffalo] Springfield played local college and high school gigs in Hollywood with the Byrds on weekends. Momentum was picking up. On July 25, 1966, we got our biggest gig yet: opening for the Rolling Stones at the Hollywood Bowl. Although we were never close enough to the Stones to meet them and didn’t hang around to hear them, we were noticed at the Bowl by Nick Vanoff, producer of the Hollywood Palace TV show. He hired us for a future appearance. In November, our first LP record, Buffalo Springfield, was released.

With a big TV show booked, the advance from Atlantic Records, and our first record released, I decided to reward myself again and purchased a 1957 Corvette for $1,250. Metallic bronze, with a really cool and powerful, throaty sound, that Corvette was the first sexy and fast car I owned, and it felt amazing to drive it. I loved its beautiful design, wheels, and classic instrument panel, even though it smelled of gasoline most of the time.

This tradition of rewarding myself has continued for many years and, in fact, is still very much in practice today. I love my cars, and to me there is nothing like the feeling of accomplishing something and being rewarded. It completes the experience. Over the years, automobiles of all kinds marked different goals and achievements reached on my journey through life. The evolution of that has changed and grown into refining existing cars. Making them better and better is my reward now.

Laurel Canyon was where a lot of the musicians I knew lived. Many of them were in successful bands. I rented a cabin way up at the top of Ridpath Avenue near Utica Drive, high in the canyon in a secluded area. My 1957 Corvette had no trouble getting up that steep, curvy road leading to my little knotty-pine cabin in the eucalyptus trees, and it felt great to have my own vehicle again. On my way up there, occasionally I used to see beautiful Michelle Phillips from the Mamas & the Papas in her yard, and I always looked for her whenever I passed that house. I never got to meet her, though. She was one of those girls you loved from a distance but knew you could never touch.

My 1957 Corvette was an L.A. car and I was feeling very Californian, as only a Canadian could. The wind blowing in my hair, driving down Sunset Boulevard. I was a very happening guy in my own mind, flush with the success of Buffalo Springfield, and all of 21 years old, just eight months after I had arrived in California with Bruce Palmer. 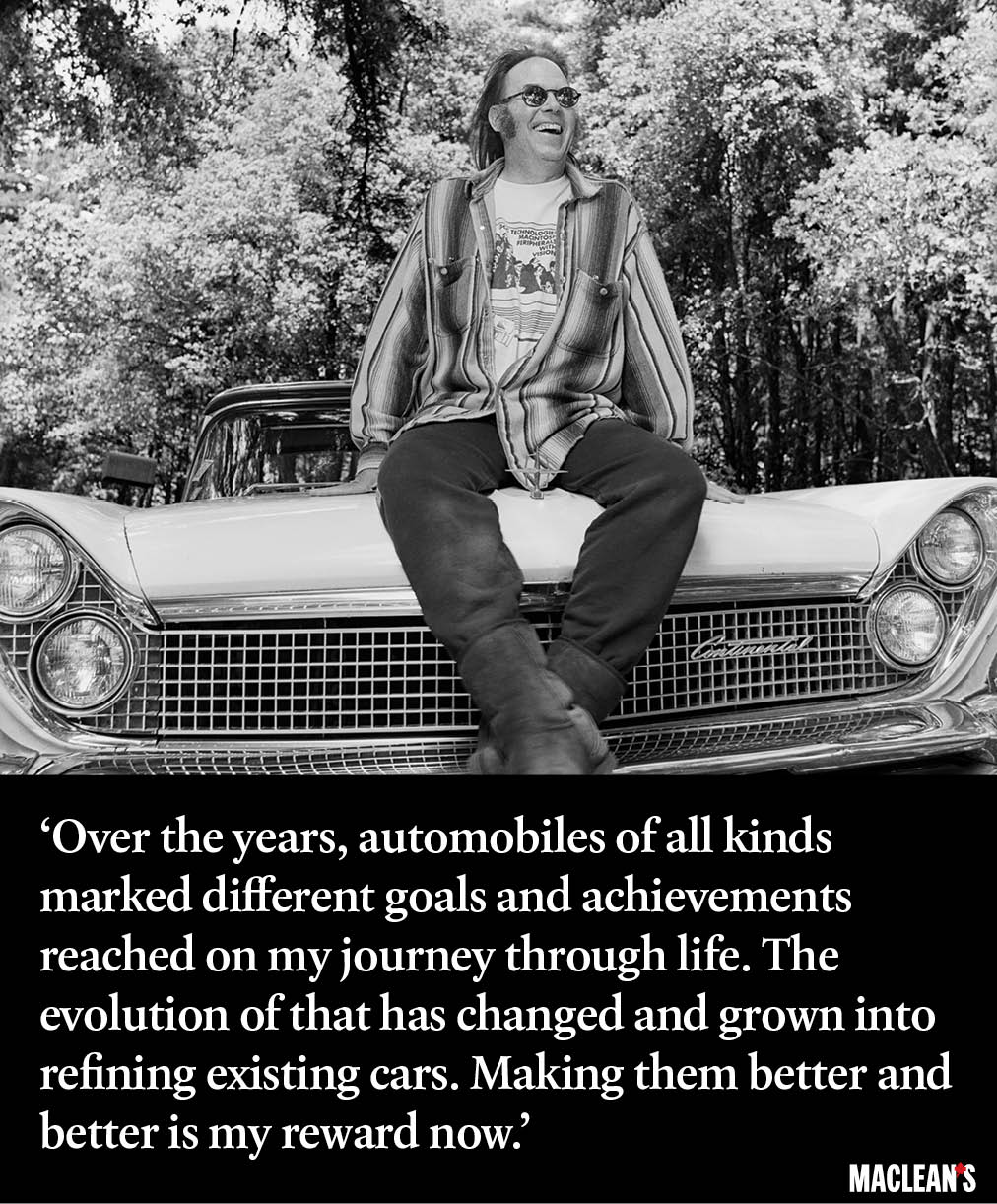 My 21st birthday, in 1966, was notable because that was the night the Sunset Strip riots began. The first big disturbance happened at a place called Pandora’s Box, a club located at Sunset and Crescent Heights Boulevard. About this time, locals were upset at all the hippies hanging out on the streets around the clubs. The flower children, as they were sometimes called, were seen as a nuisance, just loitering around, and a 10 p.m. curfew was imposed.

About the same time as Stephen Stills was writing his song For What It’s Worth as a reaction to the riots, I was travelling down Sunset with Freddy Brechtel in my 1957 Corvette, doing nothing obviously illegal, and I was pulled over by the sheriff, who demanded to see my non-existent licence. I tried to fake that I didn’t have it with me, but I was taken straight to jail.

What it is ain’t exactly clear.

There’s a man with a gun over there,

Tellin’ me that I got to beware.

I think it’s time we stop, hey, what’s that sound?

Everybody look what’s going down.

—For What It’s Worth

Those were some edgy times. Stephen [Stills]’s song nailed it. We sang his song and recorded it. It became our biggest hit. It was real. We had a message and connected with the people. That’s the way it started for us. Stephen and I and many others wrote songs after that about anything topical that happened, commenting on our times, following the lead of the protest singers of the past: Seeger, Dylan, Guthrie, Ochs, just to name a few.

Buffalo Springﬁeld was booked on the Johnny Carson show and I didn’t want to do it. I felt very strongly at the time that we should be all about the music. To my way of thinking, The Tonight Show was just some jive Hollywood entertainment show that had nothing to do with either us or our audience. It was irrelevant to what we were singing about. I quit the band with no conversation or anything. Johnny Carson never happened, and other shows like it were off my list. I suppose I could have made that point better by talking about it with Steve instead of by quitting the band, but I was not mature enough then for that.

Consequently, at some point I lost the Corvette because I wasn’t playing and couldn’t make the payments. The car was repossessed. That was a lesson I have not forgotten, and since that time I don’t think I’ve ever done anything other than pay cash for a car. Of course, I rejoined the band after a short time and we were back on the road again. On March 22, 1967, we played the Crystal Ballroom in Portland, Oregon. At that point we were playing some very wild shows and the band was starting to stretch out on Steve’s classic song Bluebird, pushing and pulling it to its limit with psychedelic, string-bending, distortion-ridden, molten and crashing jams, culminating with me breaking all the strings on my Gretsch, and Dewey [Martin] crashing the hell out of his drums, while Stephen played his ass off. The crowds were going absolutely apeshit while Bruce and Richie [Furay] kept the groove going. That was the Buffalo Springfield that never was heard on record.

We would be all sweaty and jacked after one of those sets, and that night in Portland when we hit the dressing room, something went way wrong. Stephen and Bruce and I got into a big fight over something and I was out of my mind. Not high, just crazed. I took my beautiful orange Gretsch and crashed it over a chair, breaking the back of the body wide open. I had too much energy and didn’t know what the hell to do with it. Things like that may be why I got a reputation as being an angry guy, I don’t know. I could also be funny and lighthearted, but I was sure out of control at times. 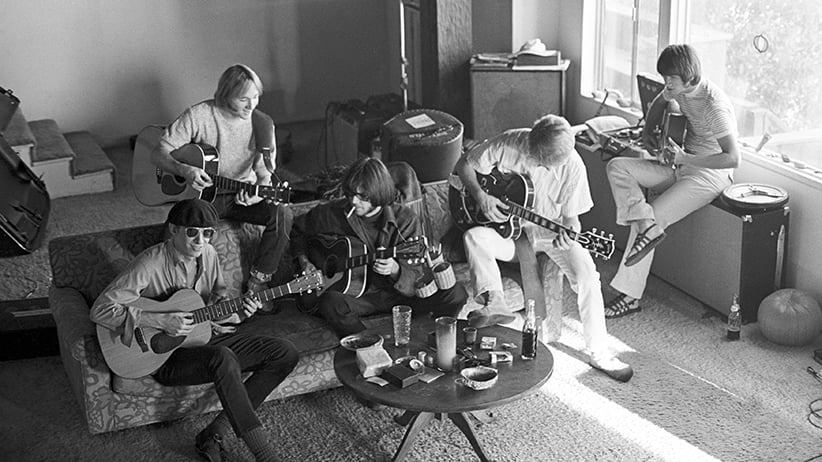 The shows we did with that band were among the very best I have ever played. Buffalo Springfield took it to the limit for the first time in my life, and there is something special about the very first time you do anything. We were on the edge, exploring, and the crowds were eating us up. Unfortunately, the world never really got to see Buffalo Springfield. No good recording exists of the original live band and no film shows what that band really could do and did.

That is why the name always evokes a bittersweet feeling among those who saw it at its peak. That broken guitar crashing into that chair may have been an early sign of the frustration and sense of missed chances associated with the band that the remaining members still feel today. It’s really an incomplete story. It was truly too good to last.