The über-powerful pop star takes on Apple's new streaming service—and while she won the battle, streaming seems to have won the war 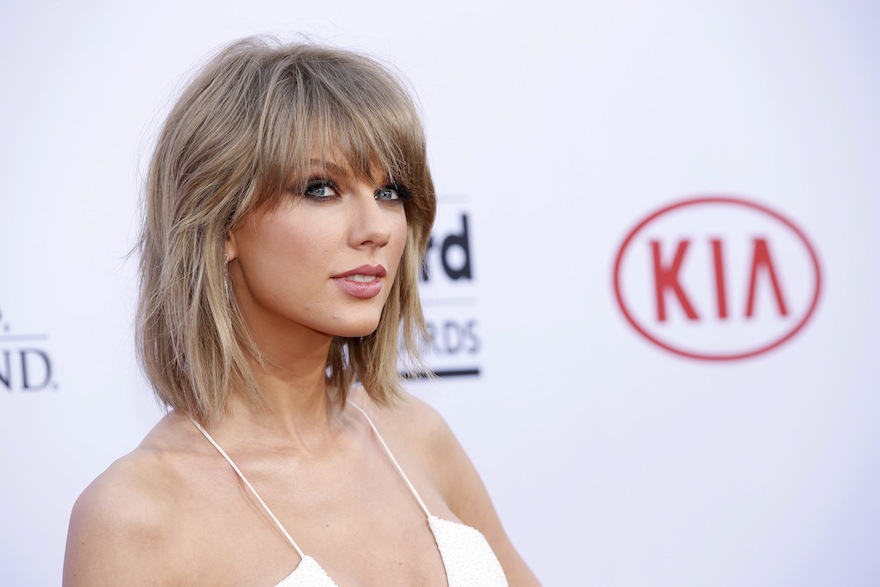 Taylor Swift arrives at the Billboard Music Awards at the MGM Grand Garden Arena on Sunday, May 17, 2015, in Las Vegas. (Photo by Eric Jamison/Invision/AP)

In today’s fragmented music industry, there aren’t a lot of pop musicians who have any power. Taylor Swift is one of the few who does, and she hasn’t been afraid to use it. On Sunday night, the singer-songwriter announced on Tumblr that she was pulling her hit album, 1989, off Apple’s new music streaming service, due to her concerns about Apple’s failure to pay proper royalties. The next day, Apple relented and announced that it would pay artists according to Swift’s specifications. When one blog post can shame Apple into changing its plans—and spending money to do it—you know you’ve arrived.

This isn’t the first time Swift has been at odds with the new world of streaming music. Last year she deleted her music from the Swedish streaming service that began the whole trend, Spotify. She told Time magazine that she had decided the Spotify system—where songs are available to any user, and the artists get a small royalty—is devaluing music. Record companies, she said, “keep running toward streaming, which is, for the most part, what has been shrinking the numbers of paid album sales.”

Related: The Thrill pop-culture podcast on the future of music streaming

After she said those words, everyone kept on running toward streaming, culminating in Apple’s decision to get in the game. The company that once dominated music with iTunes is now setting up its own streaming business to compete with Spotify and other companies; it’s basically admitting that the model of paying for the songs you want is obsolete.

But Apple’s new music business model managed to top Spotify for underpaying artists: it was going to start out by paying them nothing. The plan is to have a three-month free trial period for new users, and during those three months, Apple planned to pay no royalties. Three months of totally free music during which no one would make any money.

The point of this system, from Apple’s point of view, would be to take over the music market again. Spotify is a dominant figure in music despite Swift’s unavailability, and Apple is hoping to undercut it with the trial period. But Swift’s bad publicity was not going to be at all helpful in getting the service off the ground. “Competing with Spotify, Pandora, Google Music, Amazon Prime Music and others won’t be easy,” wrote Emily Yahr of the Washington Post, “and it doesn’t help to have one of the most popular and influential artists calling you out so publicly.”

Swift has been consistently concerned about the ability of musicians to make money in the new recorded music market. Not for herself, since she’s one of the top 10 selling female recording artists of the last 25 years, and her transition from country to full-fledged pop on 1989 made her more popular than ever. But she’s argued that as one of the few artists who actually is making money off albums, it’s her duty to speak up for the people who aren’t. In her Tumblr post, she wrote that while she doesn’t need the money herself, she had a duty to say something for “every artist, writer and producer in my social circles who are afraid to speak up publicly because we admire and respect Apple so much.”

It worked. Apple agreed to pay royalties during the trial period, and unlike Spotify, it will have 1989 to attract potential customers. “I am elated and relieved. Thank you for your words of support today. They listened to us,” she victory-lapped on Twitter.

But this could be a small victory in a larger war that artists are losing. It remains hard for anyone not named Taylor Swift to make a living from their recordings, and Apple’s service will have the same problem as all the others: tossing expensive, hard-to-produce recordings into a pile and discouraging anyone from paying for specific songs and albums.

If Apple does manage to ruin Spotify, Swift’s post indicates that musicians will find it a lot harder to rebel. Even while calling it out, she called Apple a “historically progressive and generous company” and praised it as “one of my best partners in selling music and creating ways for me to connect with my fans.”

Now that they’ve agreed to her demands, Apple can count on Swift’s support and praise, even though they’re still doing exactly what she criticized in Spotify. But then, it was easy to attack a foreign company without a huge network of influence. Once Apple takes over the world, even Taylor Swift may not dare to criticize them too much.