With Beck, none of these things is just like the other

Like his pop-weary audience, the chameleon-esque Beck changes with the times 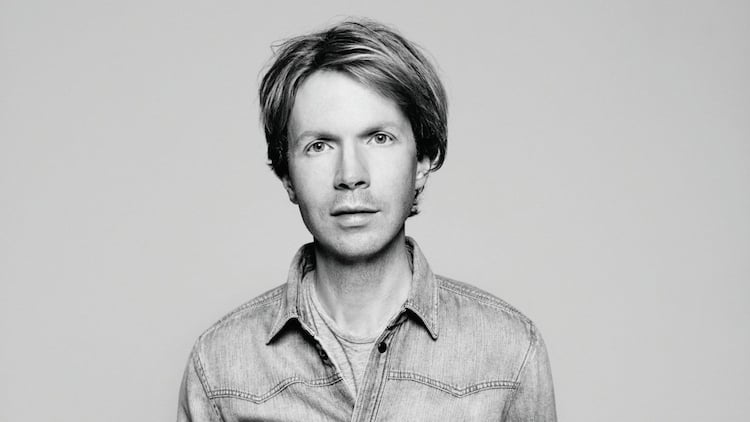 Consistency, they’ll tell you, is king, even with the newest stars. James Blake filled his first album with the same kind of whispery, expansive electro soundscapes that marked his breakout single, Retrograde; Macklemore is righteous on Same Love and preening on Thrift Shop, the two lead tracks from a record that’s equal parts righteous and preening. Consistency, after all, is a ward against the curse of the one-hit wonder.

And then there’s Bek David Campbell, more commonly known as the mononymous Beck. The surprise smash that thrust him blurry-eyed into the mainstream, Loser, was released two full decades ago, and since that surprise debut there have been wild leaps: the hip-hop-infused Odelay, the sheet-music-only release Song Reader, the baleful breakup opus Sea Change, and his newest, the dawn-soaked acoustic Morning Phase. So there’s no better time than this to acknowledge that Beck, now 43, has changed—and so have we.

When we first met him 20 years ago, he was a stick-figure prophet in a beanie and a white suit, a stumbling drawler favouring the kind of plaid shirts and athletic sunglasses that signal “early 1990s” in blaring lights. On Loser, he’s slack-jawed and dispensing slacker koans across a then-new hip-hop beat, the song’s snaky guitar riff and sitar rendering it both recognizable and alien. It had a scrap-heap feel at a time when music was caught in paroxysms of commercialism; as it became an ideal anti-corporate screed for a disillusioned Generation X, Beck represented the first appearance of the mainstream hipster, that elusive, mythical thing. Today, Gen X is grappling with staid matters like midlife crises and bills, and Beck admits that Loser’s resonance could have been the worst thing to happen to him, the mantle of a generation on his shoulders.

“At the time, it seemed like it,” he says, calling from Los Angeles. So, the rule of consistent debuts be damned, the album paired Loser with newer songs that sounded nothing like it. It felt like an iconoclastic decision in a career that would be marked by them, an effort to defy easy classification. But in a way, it backfired: instead of being boxed into one sound, he became defined by his polyglot sensibilites.

Fair enough: Beck is inspired as much by Woody Guthrie as he is by Kraftwerk, his mother is a Warhol peer, and his father is a classically trained musician who played bluegrass in the streets. But today, an icon for a generation noted for its disaffection wishes his debut had stuck more to the script: “In retrospect, I should’ve made more songs that sounded like [Loser],” he says.

That’s a remarkable admission: if could do his Loser years over again, he wouldn’t recast the lyrics or rework that laconic Spanish hook. He would’ve taken the road oft-travelled. After decades of wayfaring, he says he’s ready to plumb the fullness of a single genre.

“I’ve gone through periods where I’ve just wanted to do one thing,” he said, looking back. “I wish I made one kind of song and that’s what I did and people knew they could rely on that one thing. Especially when I was younger, I don’t think it was easy for me to control what moved me, musically.” Experimentation began to define him, and while he longed to make acoustic ballads for Sea Change, he nearly let his itchy ear stop him.

“The success of Loser and Odelay and those records made it seem like it wouldn’t really fit in what I was known for,” he says. “I ended up thinking it’s kind of arbitrary saying, ‘We already did that, we can’t go there.’ ”

These days, Beck is just going about it differently. He says his last three albums were “conscious attempts” to build on the sound of Odelay and now, steeped again in Sea Change’s palette, he wants his next four or five projects to sound like Morning Phase.

“I just had a personal kind of idea of about music that didn’t really fit into a specific genre because I was in between so many things,” he says. “I never felt like identifying with one thing exclusively, because I didn’t come from one thing exclusively. As a musician, I have to deal with that. How do I reconcile that? What does it mean?”