On pop culture and planes

Six Ways to Sunday digest: Art can help us articulate our dreams and our uncertainties, and we should let it, even when it gets too close 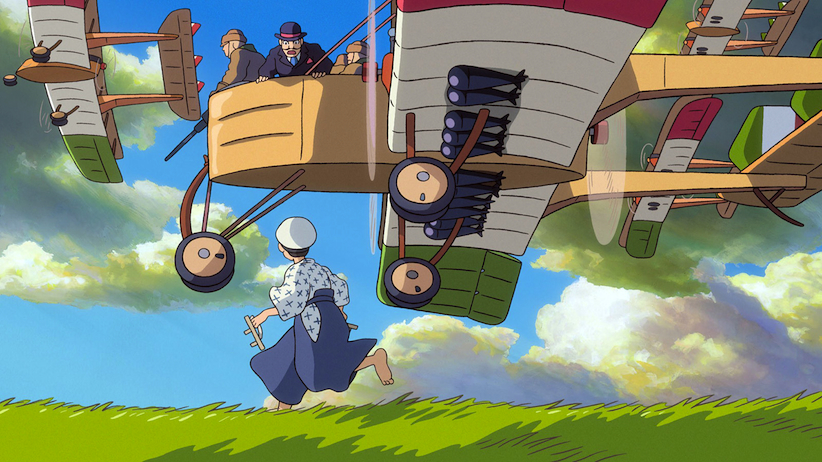 1. THE MISSING MALAYSIAN AIRLINES FLIGHT THROUGH THE ARTS

The tragic, mysterious story of the somehow still-missing Malaysian Airlines MH370 plane has invariably gripped people the world over. CNN, for one, has committed itself to non-stop coverage of the efforts to find the missing aircraft, and their ratings have benefited; in this day and age, we simply cannot fathom an entire airplane filled with 239 souls simply winking out of our lives. The reality is that while the tragedy of the matter has kept us rapt for updates, pop culture has been just as much fuel for the fervour. The easy thing to say would be for Lost to have inspired it – the supernatural TV series that followed the exploits of the people onboard a missing plane – and in fact, at a ten-year reunion panel of the show for the Paleyfest convention, the comparison was so thick that the moderator outright banned questions about MH370.

But that panel should probably let questions be asked. Our fascination with the Malaysian Airlines story is also rooted in man’s uneasy romance with flight, something explored a great deal in the arts, from as early as 1902’s Le Voyage Dans La Lune, with its spaceship famously jammed into the maw of the anthropomorphic moon. In the seminal show The West Wing, President Jed Bartlet, played by Martin Sheen, waxes about the magic of a late-night flight while looking out at the sky from Air Force One: “A long flight across the night? You know why late flights are good? Because we cease to be earthbound and burdened with practicality. Ask the impertinent question. Talk about the idea nobody has thought about yet.” His speechwriter adds: “Be poets.” We’ve been obsessed with being airborne as long as we’ve had the ability to make film or tell stories; the list is long.

Most recently, it was the inspiration for Japanese animation master Hiyao Miyazaki’s final, elegiac film, The Wind Rises. Closing the book on a wonderful career, The Wind Rises is a beautifully rendered creation inspired heavily by the life of Jiro Horikoshi, the engineer who was responsible for the vaunted Mitsubishi A6M Zero fighter, the improbably nimble craft which, for a while, tipped World War II strongly in the Axis’s favour.

So certainly, this was a controversial figure to choose, and he has been slammed both by Japanese nationalists, spurred by the hawkish reign of Shinzo Abe, for not being pro-Japan enough, and also by those who say he romanticized a man whose creations killed so many. Miyazaki focussed on the creative soul, about a man who dared to want to fly – who couldn’t because of his vision problems – but was single-minded in his passion to doing part anyway. He is portrayed as a man who did not care for war but dreamed big and worked hard, and despite the queasy implications, we find ourselves behind him, because we can understand his desire to be in the sky.

In a dream sequence, a young Horikoshi finds Giovanni Caproni, an early pioneer of flight and inspiration. “There is nothing for them to return to,” Caproni tells him. “Airplanes are beautiful, cursed dreams, waiting for the sky to swallow them up.” It’s a terribly moving scene that captures, in so few words, the sentiment about the missing flight. Technology has improved by leaps and bounds and flights have become part of our daily bread – but flight itself was once someone’s dream, and there is still so much unknowable about our being in the sky.

It is fair that the Malaysian Airlines wound is fresh and still deepening, and the Paleyfest panel has the right to want no part in sneering comparisons between Lost and the ongoing tragedy of MH370. But if pop culture – whether it’s an artful animated film or a lowbrow NBC TV series – cannot be a medium through which we can work out our own feelings and articulate our sentiment, that it is not worth very much at all. It’s not a perfect solution, but in the absence of clear answers, interpretation and romance is all we have. All we can do is be poets.

When it’s all said and done, Saturday night’s game between the Toronto Maple Leafs and the Montreal Canadiens will probably not matter very much. For today, the narrative is this: the Leafs needed to stop a three-game slide, but failed to do so against a divisional rival, and lost a heartbreaker on a questionable goal allowed by netminder James Reimer, costing them the chance to affirm a playoff position.

The box scores will fade into little more than numbers before long. The dressing-room niceties have long been dispensed with. The Leafs will win again this season, and likely soon, and the narrative will shift accordingly, predictably. But the narrative to remember should be this funnel of hate directed last night at the Twitter account of April Reimer, the wife of James.

This blog post shows some of the venom launched and reflects the sentiment expressed here better than I could write it, but this is in no way an anti-Leaf-fan screed, and should not be interpreted as such. It is instead an important opportunity to remember that though their huge salaries may make them appear to make professional athletes open targets, that is unfair. The degree of vitriol was wholly unreasonable, especially at someone merely married to an athlete. Doesn’t matter how much they make: this is a game they’re playing, and that we’re watching, and while there is a passion that unites us all in that way, the flip-side of that can be horribly dark. It’s on us to watch that balance.

The Internet taketh, but when it giveth, oh, does it giveth. Everyone’s been to a panel with an arts figure where an earnest, overeager student of the genre seeks out lessons from the speaker onstage. Stand-up comedian Louis C.K. snarkily has a joke about just this thing, lampooning something we’re all familiar with in the way only he could. But someone spliced the audio of this with a neophyte’s questioning of Sean Penn on Inside the Actor’s Studio – a fresh-eyed rook named Bradley Cooper. And then there’s a scene afterward which is just great.

One of the most anticipated upcoming TV series is Gotham, which will take a prequel look at the DC Comics world of Batman through the eyes of a young Commissioner James Gordon. From the initial looks of it, though it’s too early to say, it will be better than Marvel Comics’ own TV effort, Marvel: Agents of S.H.I.E.L.D., which is a bit self-serious and explores at the universe’s fringe characters, which are fringe for a reason.

But while Gotham looks great, it’s a reminder that the comics themselves are where the real action is – no longer merely the realm of the fanboy and the nerdy – and is an opportunity to recommend Gotham Central, a series that ran in the early aughts about the detectives in Gotham’s police department and how it deals with the fact that when they fail, a cowled crusader takes over. It’s an excellent cop procedural story, and it’s essentially Law and Order with Batman and his rogues’ gallery – and it’s fantastic. Take some time this weekend to find a copy at your local comic shop or library, because it is great and is deserving of an adaptation of its own.

There have been many efforts to profile sprawling rap group the Wu-Tang Clan, but none may be better than this Grantland feature looking at their place in hip-hop today, and individually looking at what each of the 10 main players bring to the table – and why the kaleidoscopic palette that makes them great also threatens the group’s existence every day.

It is, undoubtedly, a triumph.

Within hip-hop circles, a new song by Jay Electronica is a moment to get excited about. The reclusive rapper is considered one of the game’s most brilliant lyricists, a remarkable reputation to make considering he has never released a full album or mixtape. Overnight, with typically minimal fanfare, he released a remix of We Made It, a song by Soulja Boy remixed previously by Canadian MC Drake. Jay Z is also on the track, comparing himself with a triumphant Lupita Nyong’o while also launching curiously beneath-him feminizing remarks about the Toronto rapper in light of Drake’s comments in Rolling Stone about Jay’s predilections for fine art (“Sorry Mrs. Drizzy for so much art talk/Silly me, rappin’ ’bout s–t that I really bought/while these rappers rap about guns that they ain’t shot/and a bunch of other silly s–t that they ain’t got.”) It portends a possible high-profile beef, but it’s a testament to Electronica and the belief in his potential that the story is the clear B-side narrative.