Opera comes down from the mountain

Uncle John, an outdoorsy reinterpretation of 'Don Giovanni' in Banff, shows there’s hope yet for opera 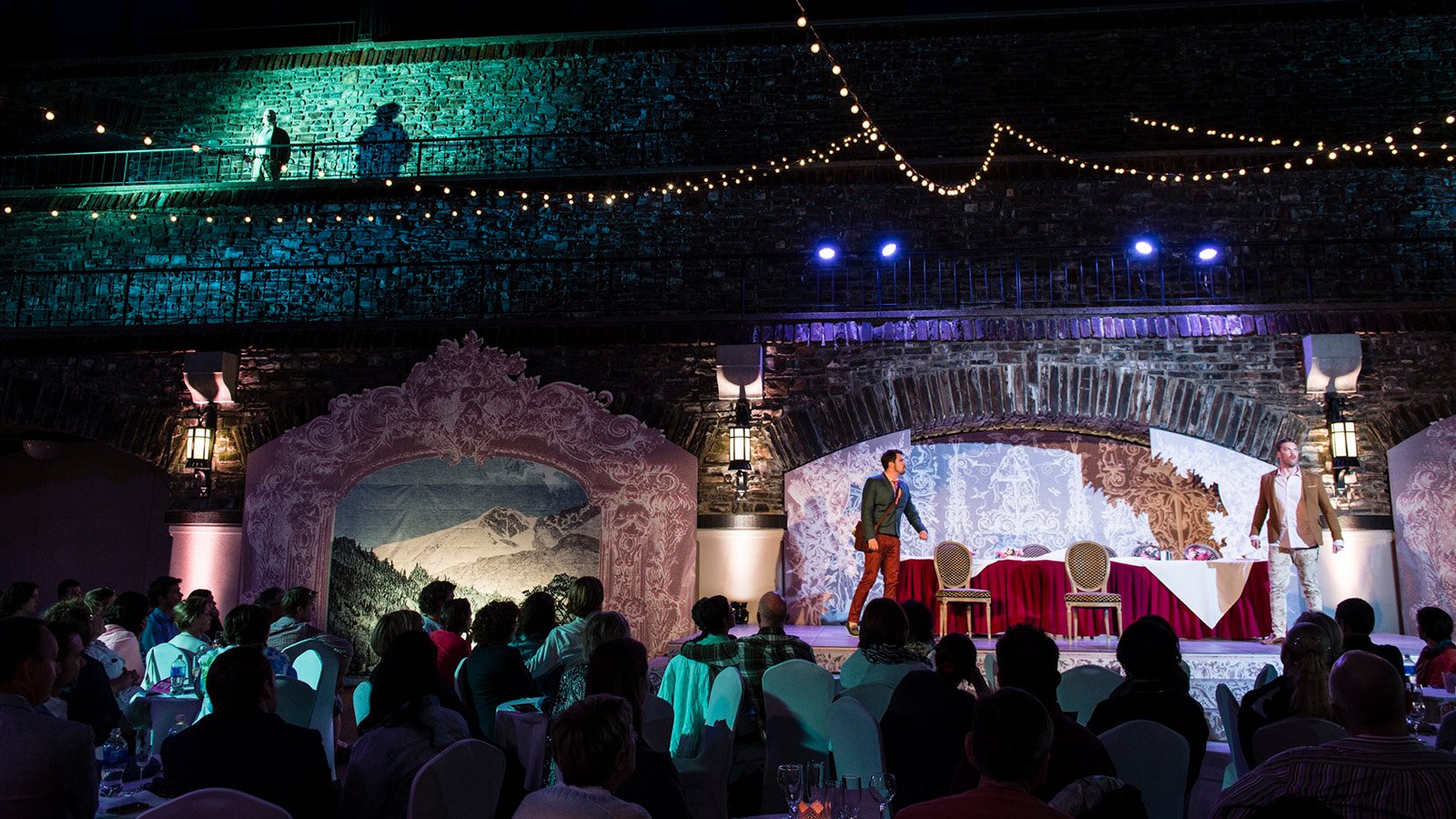 You might have to climb a mountain to see the unprecedented variety in opera today. Our major companies stick to expensive productions of classics on huge stages and survive on private donations, but getting 80 per cent of funding from fickle individual donors is insane—just ask the ghosts of New York City Opera, Opera Boston, Opera Cleveland, San Antonio Opera or Lyric Opera San Diego.

Then there are the small companies. Toronto’s Against the Grain Theatre is among the most successful of the indies, and it’s no surprise that their latest production is a hit. Uncle John, staged outdoors in Banff earlier this month, was artistic director Joel Ivany’s English reimagining of Mozart’s Don Giovanni. It follows the company’s Le Nozze de Figaro (Figaro’s Wedding), staged in Toronto last year.

For performances of Uncle John, Ivany wanted to “come down from the mountain,” and Parks Canada generously helped him stage it at the Cave and Basin, a beautifully sited sulphurous hot spring that’s popular for weddings. Zerlina and Masetto get married in Don Giovanni, so Ivany and designer Patrick Du Wors set the action at their reception. The guests are the audience. There is no stage. The singers arrive at the outdoor reception hall dressed like the audience and they help themselves to the same bar, though Uncle John (Cameron McPhail) does so more liberally. When Leporello (Jeremy Bowes) runs from a vengeful crowd we feel his panic as he struggles past our chairs. Parks uniforms are borrowed. Buffet silverware comes from a caterer, a gurney from emergency services. The directness is electric. Even with an audience of 250, the singers are never far away. “You can’t hide,” says mezzo Michaela Dickey.

Not even from the elements. The rough stone hall has no roof, so singers’ voices echo down the valley to confuse campers and delight the deer. Natural light dominates. Lighting designer Jason Hand’s seamless work meets the challenge by subtly matching LEDs to the changing colours of the sunset, and conductor Stephen Hargreaves leads a student quartet from the piano while swatting fat mosquitos.

Singing in English “is like going back to the original,” explains coach and rehearsal pianist Jenna Douglas—when opera was performed in the language spoken by the audience. And Ivany’s often hilarious libretto torques Da Ponte’s original words into familiarity. Leporello’s most famous aria recites the Don’s conquests by country, but Ivany has him count social network followers instead. Do today’s easily quantifiable lives make us all more like the Don? Do we take pleasure in a higher score? Edits like these do more than save a joke.

The Banff Arts Centre has a history of collaboration, and Uncle John was organized as a residency called Open Space. Last year they put on Owen Wingrave, Benjamin Britten’s 1971 opera about pacifism, with the Guildhall School of Music and Drama. The Centre is a special place and the closest we have to a national art hub. For Uncle John, singers were auditioned in Toronto and Vancouver and they moved into the Centre for four weeks of rehearsal, trading negotiating traffic for debating which summit to climb. “If Joel wouldn’t kill her, she’d be hiking tonight,” says Dickey about soprano Betty Allison, the day before the premiere. Allison was a vocal standout. Perhaps the hikes help.

Opera needs exciting productions like Uncle John, but that’s only half a healthy ecosystem. Until opera tells today’s urgent stories, how much can we need opera? “I don’t think there’s another art form where the canon is so powerful,” says Hand. He’s right. The Canadian Opera Company collaborated on the Open Space residency but it’s spending a lot more money on a new opera about the Roman emperor Hadrian. Aren’t there worthy Canadian subjects? Vancouver Opera presents Shane Koyczan’s memoir of childhood bullying, Stickboy, at the smaller and lower-risk Playhouse theatre on Oct. 23. The University of Toronto staged Rob Ford, The Opera in 2010—before the crack incident. The black comedy explained Ford’s childhood issues with libraries through difficult, sometimes atonal music by four student composers. The line for tickets went around the block.