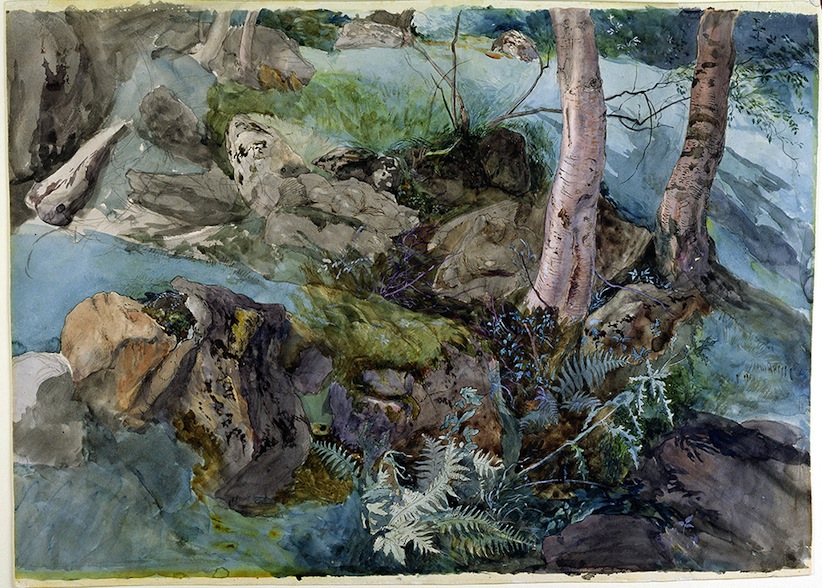 In the right light, from a certain angle, Ottawa is a Victorian city. I don’t mean a bastion of prudish rectitude. (Hasn’t the recent news of a disgraced senator going to work as a strip club manager rendered that old put-down obsolete?) I mean in the deeper sense that the onetime lumber town’s formative stage came during Queen Victoria’s reign, and it still bears telling marks of that era.

Nowhere is this more worth mulling over than in the National Gallery of Canada’s “Great Hall” (which just now happens to be surrounded by scaffolding while its windows are replaced). A high pavilion of glass, the hall was shaped by architect Moshe Safdie as a modern echo of the round Library of Parliament, which looks down on it from the back of the Parliament Buildings, on the cliffs high above and just to the west of the gallery.

The library is famously the only part of Parliament’s original Centre Block, officially opened in 1866, to survive the fire of 1916 intact. So it’s the library—rough sandstone and flying buttresses outside, marvelously carved white-pine paneling inside—that best preserves the design preoccupations of the time of Ottawa’s creation as a capital. And one of the prime influences on this High Victorian charmer was the contemporary critical thinking of John Ruskin, the English writer whose devotion to old Italian Gothic buildings—especially the anonymous contributions of carvers and other craftsmen—powerfully influenced the course of Gothic Revival architecture in Britain, and by extension in British North America, too, starting in the 1850s.

The NGC is currently showing John Ruskin: Artist and Observer, an exhibition of 140 drawings, watercolours and photographs that should send visitors out to gaze up at the Parliament Buildings with new appreciation. Ruskin, who lived from 1819 to 1900, wasn’t a professional artist; he was a critic. But his studies of architecture—particularly his fine drawings of Italian churches—and of nature—including trees and birds and, especially, rocks—are often touchingly beautiful.

Those who know Ruskin as the writer of The Stones of Venice won’t be surprised that he made evocatively sensitive watercolours of the latticework of the Ca d’Oro and the arches of St. Mark’s Basilica, to mention just two of the many highlights in this show. Fewer will be aware that was also a fellow of the Geological Society of London, and drew and painted rock formations with the same reverence, we learn from the second half of the exhibition, that he brought to Italian columns and cloisters. He is equally superb with, say, a feather or a branch.

So this show didn’t just send me out blinking up at our gothic Parliament; it also put me in a mood to hike down to the still-rugged shore of the Ottawa River below. There’s plenty along those paths that would have caught Ruskin’s eye. His close attention to nature and architectural heritage sprang from the same Romantic anxiety for what was jeopardized by the rush of 19th-century industrial modernity.

If the rapid change of the Victorian age felt perilous to Ruskin, it must have struck the First Nations of British Columbia and Alaska as cataclysmic. Just twenty years younger than Ruskin, the great Haida artist Charles Edenshaw (1839-1920), saw smallpox decimate his people’s numbers and missionary zeal undermine their way of life. Yet in the photograph of him that’s at the entrance to the retrospective on now at the NGC two floors below the Ruskin exhibition, Edesnshaw appears as a supremely confident master at work. A Ruskin self-portrait upstairs, by stark contrast, is all worry and doubt. 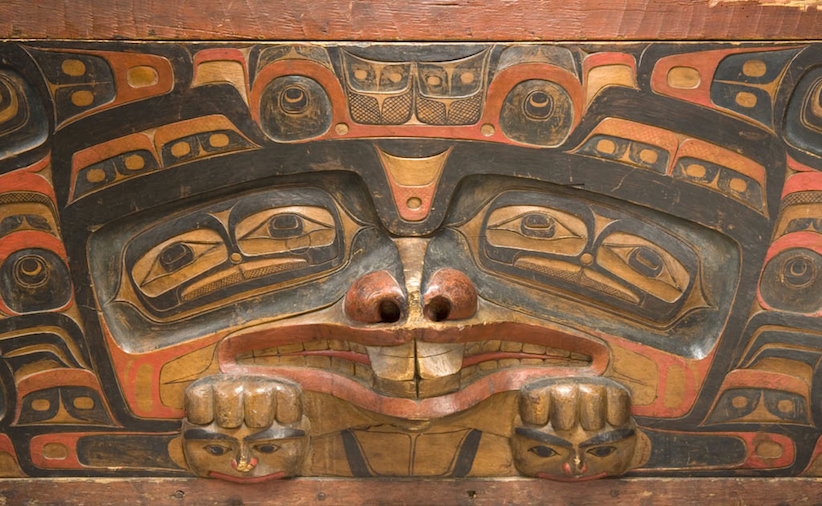 It might seem contrived to lump together Ruskin and Edenshaw in a single short review, and I’m not going to suggest that the NGC curators had a sly mission in mind with their scheduling. Some linkages bear noting, though. In one respect, Edenshaw was exactly the sort of inspired, accomplished artisan so admired by Ruskin. For his own Haida relatives and neighbours, Edenshaw carved totem poles and masks, chests and feast dishes. This was art in the service of spiritual and community life, just like Ruskin’s beloved Venetian stonework.

But Edenshaw also recorded and depicted a built legacy that looked to be in its twilight, or at least gravely threatened, in his time. This show includes many of the small replicas of totem poles he carved in black argalite for the commercial market and also for museum agents who visited the northwest Pacific coast to assess and collect what was passing. He even carved argalite models of grand Haida cedar houses; there’s an excellent example in the exhibition.

These are objects made by a professional for sale, not the output of a critical imagination like Ruskin’s at work. Still, Ruskin and Edenshaw were contemporaries who looked with engaged sensitivity at traditions of artisanship, and made their own subjective records of great beauty. The relationship of a culture’s religious beliefs to the natural world is a powerful underlying theme in both of these exhibitions. It feels right to take them both in on the same gallery visit, and in this city. 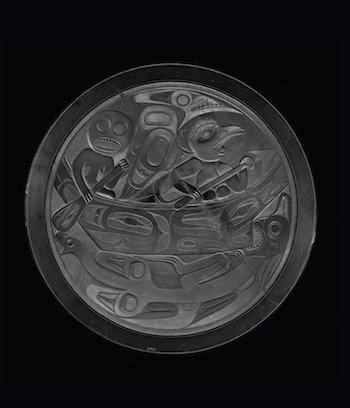