OVO Fest 2014: The flip side of Drake's ascendance

He started from the bottom. But has the Toronto rapper gotten too big for his own iconic hip-hop festival? 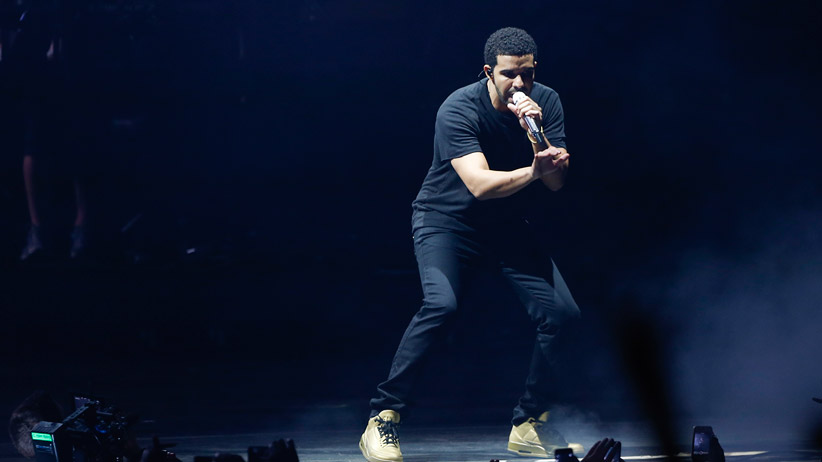 It’s hard to deny, for better or for worse: there’s a significant swath of Torontonians that judge themselves and their city against OVO Fest. It’s what makes Drake’s annual rap extravaganza arguably the most important music festival in Canada. While Montreal’s Osheaga is bigger, and Toronto’s North by Northeast more genre-spanning, few have the cultural impact of OVO Fest, which doubles as a yearly look at the names that matter in rap. The festival is all the more impressive since it occurs in Canada, away from rap’s American home base.

OVO Fest—named after Drake’s October’s Very Own brand—has become our Summer Jam, that legendary June festival held by New York radio station Hot 97, where famous beefs were started or ended, where the announced list of performers is always great, but the expectation of even bigger surprise guests is the event’s true thrill. The fact that people in the OVO crowd this weekend came from as far away as New Jersey and New York, where Summer Jam takes place, proves that Toronto has made itself into a hip-hop hub, and not a mere dismissible outpost stop on a world tour.

This year, though, there was one major obstacle: the spectre of expectations. There was no way Drake was going to top last year’s epic show, when Kanye West, awash in red light, emerged from the darkness of the stage as the grim opening strains of New Slaves sent the crowd into shrill apoplexy. In fact, as the experts lined up their predictions for this year—looking at coinciding holes in the tour dates of major musicians like Jay Z and Beyoncé, or noting that performers like Iggy Azalea had Toronto shows that weekend, or rifling through the rosters of other summer festivals and past OVO performers to check them off against their potential appearance—West’s name was the invocation everyone needed to remind us that anything was possible, and anyone could appear. Such was Drake’s new power, a power we often find ourselves underestimating.

In a way, this year’s edition was set up to fail. Last year’s OVO Fest featured 13 musicians who were stars in their own right, whereas this year’s lineup featured eight established artists. (In one depressingly representative moment, Drake brought out incomprehensibly untalented DJ Khaled, a man who barely DJs or and doesn’t even produce his own beats and has made it almost purely on the strength of an excellent Rolodex, all just to stride onstage and stomp around and yell his name on top of a few songs that featured legit luminaries who never appeared.) Last year, the mid-festival acts were the historic reunion of P. Diddy and Ma$e as well as TLC, without the late Lisa “Left Eye” Lopez. This year, the same space was taken up by three lesser-known quantities from Drake’s own label, who were gifted sets to promote themselves. This included an appearance from OB O’Brien, arguably best known for appearing as a Shoppers Drug Mart employee in Drake’s Started from the Bottom video.

That’s not to say the performances weren’t thrilling in their own way. Usher’s gyrating performance of both parts of Confessions (both parts!) drew shrill screams from a crowd that was largely in high school during his prime. A hulking, smiling 50 Cent reunion with G-Unit member Lloyd Banks offered the same kind of nostalgia to the more rap-oriented in the crowd. And the legendary Lauryn Hill promptly kicked off the night—a remarkable feat given her reputation for lateness or even abrupt absences. She arrived unannounced and performed quicker, less virtuosic versions of her hits, making the set feel like a cover band’s impression of the eccentric Grammy winner’s greatest hits.

The biggest difference this year was that Drake performed many more of his own songs. This year’s Drizzy content was more than double what it was from the year before. In previous OVO Fests, Drake largely performed the role of prostrating host, performing a small sampling of his own hits largely to keep the crowd breathless for the next massive musician to follow him up. By simply making himself the night’s emcee, Drake made himself smaller—ceding his own stage to become a mere bridge. But he also made the festival something bigger, bringing Toronto fans the stars the city couldn’t otherwise draw. And inherent in our thrill in seeing artists including Jay Z, Nas, Eminem and Stevie Wonder take the Toronto stage is an unsaid inferiority complex, too—our hometown guy is good, but now these are the really big artists!

Not so for this year’s edition. Perhaps it was because Drake was single-handedly making up for the absence of Chris Brown, allegedly prevented from entering Canada due to our no-tolerance-for-criminals policy (lest we forget his battering of then-girlfriend Rihanna), but this was largely a Drake show that featured special guests, rather than a marquee showcase of his famous friends. This wasn’t so much OVO Fest, a night where Drake made his presence known through his connections; he was front and centre (literally, as he floated above the 200 section on a platform). Just as last year was the Kanye OVO Fest,this was the Drake Show. And that was ultimately OVO’s most daring move: following a Kanye headliner with, well, Drake. It didn’t quite work–we want other stars, not our own!–but it nearly paid off. After all, Drake can potentially pull that off now; Nothing Was The Same is his third studio album and features some of the best songs he’s ever made. He’s reached the point in his career where he has a legitimate discography to draw from, making it noteworthy that he pulled some songs from So Far Gone, the free 2009 mixtape that brought him to mainstream attention. It’s noteworthy that the crowd didn’t seem to mind. But still, Drake’s shift into effectively headlining OVO means something.

The question now is whether Drake has gotten too big for the festival and its surprise format. In a recent interview with GQ, Kanye West himself acknowledged something that few of us north of the border would even dare to say—Drake won the summer last year. He’s a superstar who needs to prostrate to nobody, and he’d be big enough to headline a festival like OVO Fest, but he’s not seen as big enough by the OVO Fest crowd–they want surprises! There’s no denying his passion for his hometown and his desire to bring a big show to town. But when he’s bigger than any show he can bring, but not good enough for the audience, what becomes of the surprise showcase? It’s the question we never asked when considering who would play this year’s fest: which artists are left who can really match Drake?