Q&A with Kelsey Verzotti, the first Asian-Canadian to play Anne in Anne of Green Gables—The Musical

The pandemic forced the Charlottetown production of Anne of Green Gables—The Musical on hiatus for the first time in decades before its much-anticipated return this past weekend. 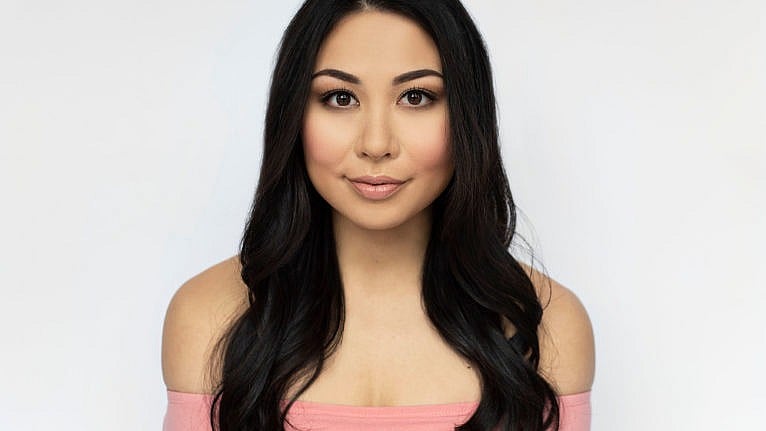 On Prince Edward Island, there is no better marker of “back to normal” than the return of Anne of Green Gables—The Musical.

The show about a spunky, freckled orphan coming of age at her adoptive family’s farm, inspired by Lucy Maud Montgomery’s 1908 novel, has played in every Charlottetown Festival since 1965. It was the longest-running theatrical production in the world, and, until the pandemic nixed it in 2020 and 2021, had become a more quintessential part of P.E.I. summers than red sandy beaches and lobster rolls.

This year, the show goes on, and Charlottetown benches and buses are once again plastered with promotional photos of Anne in her classic red pigtails and green corduroy overalls.

The face in this year’s promos belongs to Kelsey Verzotti, a 26-year-old actor born in Calgary and living in Toronto who is playing Anne for the first time this year. Verzotti is no stranger to the musical: she played Diana Barry, Anne’s best friend in the show, at the Thousand Islands Playhouse production in Gananoque, Ontario, in 2019. But embodying Anne for the first time in the province the protagonist calls home, as the first Asian-Canadian ever cast in the role, has Verzotti preparing for a new level of limelight. Maclean’s caught up with her before the show’s opening night this past weekend:

Welcome to P.E.I., Kelsey. Are you settled in Charlottetown?

Kelsey Verzotti: I’m actually living in Sherwood, 10 minutes from Charlottetown, and I’m having major FOMO. I love walking my dog on the Charlottetown waterfront, and I want to be closer to the common hangout spots. But it’s probably a good thing for me to not live within walking distance from Cow’s Ice Cream.

Anne of Green Gables is huge on P.E.I., and living in the city might get you recognized more than you’d like. Has it already started?

I’ve been recognized a couple times, but I heard they’ve just plastered my face on travel buses, and I think the main garage, at the Charlottetown Confederation Centre of the Arts, will have my face on it. So I’m bracing myself, but laying low for now.

It’s your first time living on P.E.I., but you’re no stranger to Anne of Green Gables after playing Diana Barry in Gananoque prior to the pandemic. Why audition to play Anne this time?

When I played Diana, I fell in love with musicals. And then, as I got to know the play, I also fell in love with Anne. I like her character and I can relate to her in a few ways. She’s got a terrible temper, and I can get that way—really reactive—with my parents. I like her ability to speak her mind and ask questions that trigger people’s imagination. Mostly, I resonate with her desire to fit in and be accepted. For example, this role is something I was told I would probably never do.

Because you’re not red-haired? You’re the first Asian-Canadian to be cast as Anne in Charlottetown. Do you think about that a lot?

We’re so knees-deep into the acting and rehearsing that I don’t really think about it lately. But when I take a step back, I realize it’s huge. One of our producers told me the other day she was driving through town and saw a little Asian girl get her photo taken next to a promotional photo of my face on a bench. Moments like these remind me that this opportunity is even bigger than just me playing the part.

For the show, are you going with a red wig, or red hair dye?

Wig. I picked a colour a little toned down from the classic neon orange and it feels natural—I’ve been told I should dye it permanently, but I don’t think I can maintain that financially, or want to spend my summer in the hairdresser’s chair.

This year, Diana Barry will be played by Emma Rudy, who played Anne in 2019. You and Emma went through the Musical Theatre and Performance graduate program at Sheridan College together, and now you’re each in a role the other has played before. Do you exchange pointers?

It’s nerve-racking to play a part that someone just played, and they just watch you do it. But Emma has been a total rock for me in the process. Our relationship spans 10 years, and having her here makes it so easy—even when we mess up. I’m so used to playing Diana that I kept singing Emma’s lines in Kindred Spirits, but we laughed about it.

She gave me good advice about playing Anne: spare your energy. It’s a vocally exhausting part. We play eight shows a week, and that’s standard for a production, but Anne’s lines are so high, and I haven’t played a role this big before. So, getting good sleep this summer is important.

I hope you can still enjoy P.E.I. despite the crazy schedule.

I really have, so far. When I’m out with Emma in Charlottetown, she knows everybody and all the cool places. You can go somewhere and find a full bucket of mussels for $13. I’m like, “How?” It’s a great start to the summer.